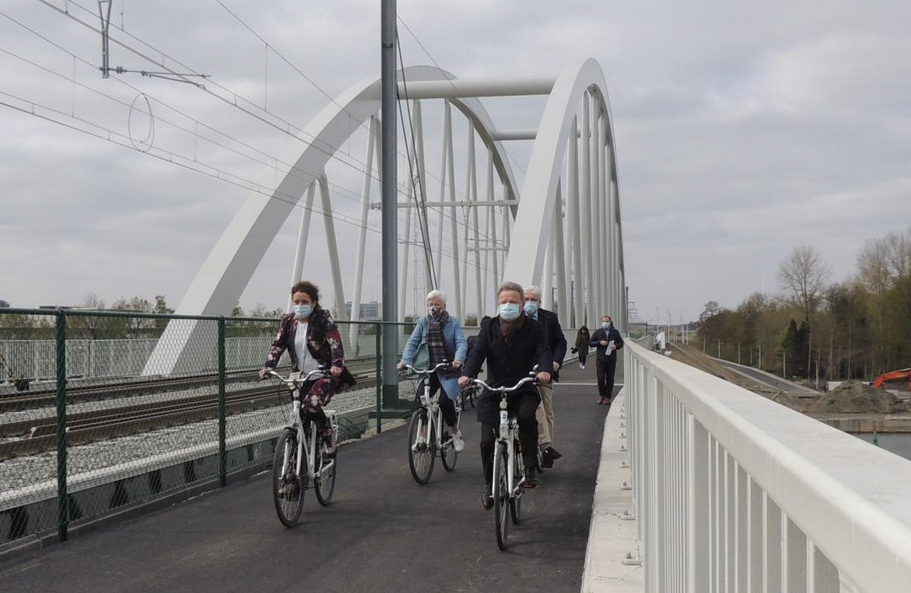 Flanders’ bicycle infrastructure has again been improved and expanded this weekend. On Saturday, the last new bicycle bridge for the bicycle highway linking Herentals and Balen was installed in Mol. And on Sunday, Flemish Minister of Mobility and Public Works, Lydia Peeters (Open Vld), officially inaugurated the new bicycle bridge in Kuringen (Hasselt) over the Albert Channel.

The bicycle highway between Herentals and Balen has nine bicycle bridges and two bicycle tunnels. Eight of the nine bridges are brand-new. The last new bridge – 9,6 m long and 5,5 m wide – was installed on Saturday.

When two of the connecting bridge elements or tunnels were ready, the builder could start the construction works to complete the bicycle infrastructure. There still is a 25 km long stretch that needs to be finished. The construction works are expected to be ready by the summer of 2022. The complete project represents a 29-million-euro investment.

The bicycle bridge in Kuringen has to become an important connection of the north-south axis of the Limburg bicycle network. It also connects to the bicycle highway along the Albert Channel. The new bicycle bridge fits in the project to increase the vertical clearance for barges on the Albert Channel. In the meantime, 44 of the 62 bridges are raised.

During the works on the bridge, also new rails were installed on the train connection between Hasselt and Kiewit/Zonhoven to be operational again on Monday.

Minister Peeters is happy to kill three birds with one stone. “With this project, we invest in three highways, in three alternatives for road transport. Thanks to the higher bridges, the Albert Channel will become a fast waterway. Rail infrastructure has improved, and the new bicycle bridge will support the network of bicycle connections.”

The planned works should be ready by this summer. Cost of the project? 23 million euros. Other investments are Flemish Waterway (Vlaamse Waterweg) (12,8 euros for the rasing of the bridge, Infrabel (0,7 million euros), the province (1,14 million euros), and the European Union provides 8,6 million euros subsidy.

The corona pandemic has given cycling a boost and politicians applaud the enthusiasm. “More people will opt for the bike went bicycle infrastructure is safe and comfortable,” Minister Peeters earlier stated. Today, we see several initiatives to improve bicycle infrastructure, in Limburg and elsewhere. 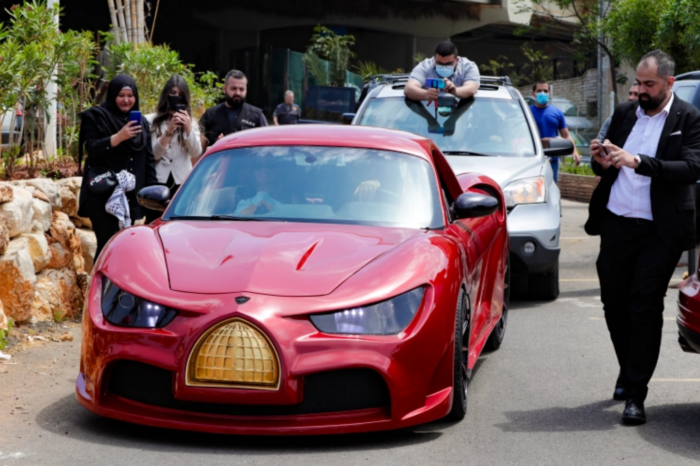 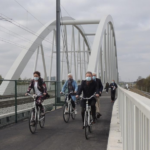