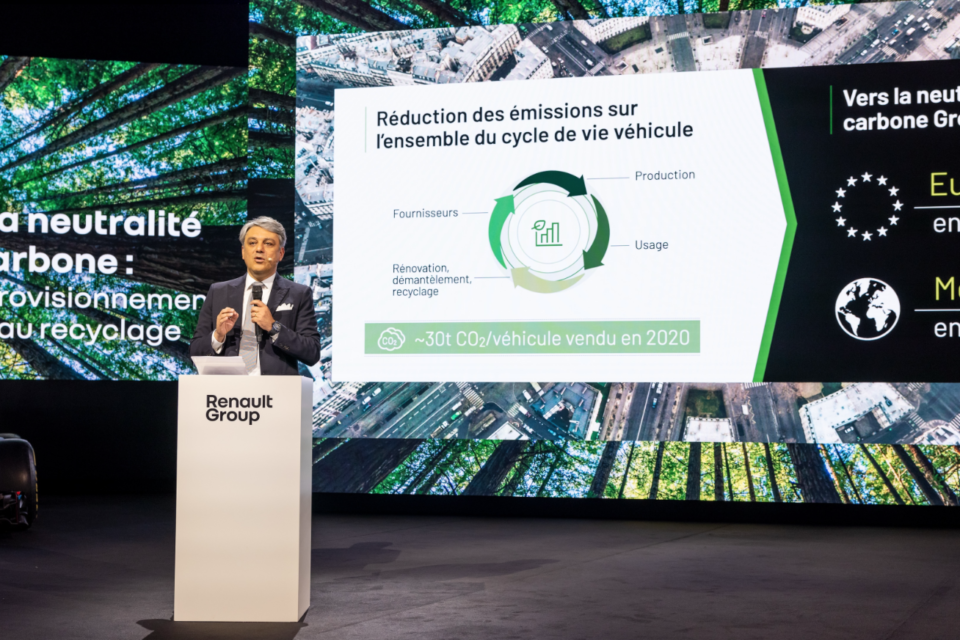 At the yearly general assembly, Renault’s management has announced the new societal role the Group wants to play in the future /Renault

At the annual general assembly, the management of Renault has detailed its road map for societal and environmental transformation. One of the most striking measures is that future Renaults will have a regulated top speed of 180 kph.

Renault President Jean-Dominique Senard has in his speech raised the fundamental question of the ‘raison d’être’ of the Group. CEO Luca de Meo has announced an ambitious program called RSE, or societal responsibility of enterprises.

The stakes are high. Both leading managers of the suffering manufacturer want to revigorate the company and render it its human dimension through transformation. Despite the 2 billion euros of savings – on which de Meo has announced that it will be reached a year earlier, at the end of this year – Renault wants to build “a new company culture of inclusivity and responsibility”.

“RSE will become a lever of performance, an integrating chapter in our Renaulution toward innovation and solidarity,” has commented de Meo. He sees three pillars for this: lowering the carbon footprint, the safety of its clients and employees, and the inclusion and transformation of competencies.

One of the safety elements is a voluntary regulation of the top speed of all Renault cars at 180 kph. Renault is not the first to do this, Volvo preceded it in 2020, and we also note that there is a general restriction of 115 mph (185 kph) for all brands in the whole of the United States.

CEO de Meo stipulates that the new electric Mégane, to be launched in 2022, will be regulated up to 160 kph and that “our vehicles will have an automatic regulator aboard that adapts to the maximum speed limit required by the legislator.”

This regulator will be called ‘Safety Coach’ and will also consider dangerous bends and roundabouts. He will also be capable of partially taking over or stopping the vehicle when the driver shows a lack of attention.

Quite a lot of onlookers criticize this new measure. “We’re talking here about a general manufacturer; this would be far more important if a brand like Porsche had announced it,” says an anonymous source.

The market observatory Cetelem stipulates that the three main arguments when buying a car are price, reliability, and design. Performance, be it on the road or environmental, is not a decisive criterium.

“The decision to introduce a ‘safety coach’ is directly related to the introduction of electric cars. They don’t like high speeds; it empties their batteries far too quickly,” says another analyst, Pierre Chasseray, to AFP.

“We will lower our carbon footprint all the way,” promises de Meo, “from the materials to the production, the emissions up to the recycling.” The target is to be CO2 neutral for the European factories by 2040 and the other ones in the world by 2050.

To achieve this, de Meo wants internal carbon pricing. A ton of CO2 will have a cost of  €50 at Renault from 2025 onward and €100 in 2030. “Each euro invested in decarbonizing will help us save four euros in the long run,” he claims. Such a circular economy could already realize a turnover of one billion euros in 2030.

To achieve this, also R&D has to be completely reshaped. “We’ve halted seven development programs, but we have started eight different ones. Our product diversity will rise by 25% thanks to this move.”

“The development time of a new model has been shortened by one year in time, and the total price has been lowered by 40%. To conclude, de Meo has made the link to its tech project ‘Software Republic’. In the end, Renault doesn’t want to be a car manufacturer anymore, which integrates technologies, but a tech company that is (also) building automobiles. The transformation for Renault is total; everybody is anxiously waiting to see it succeed. 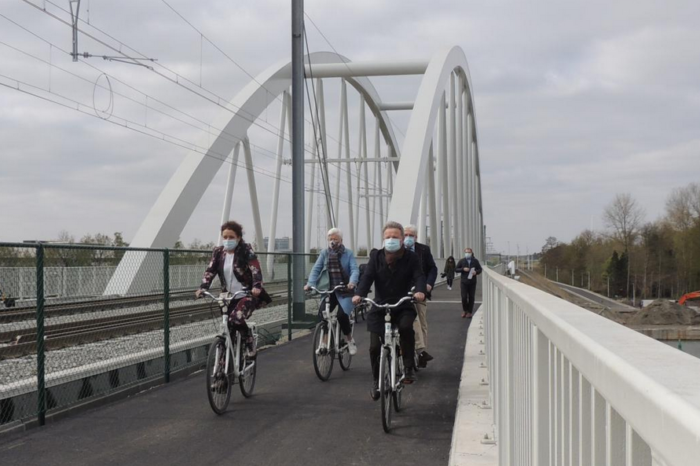 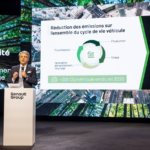