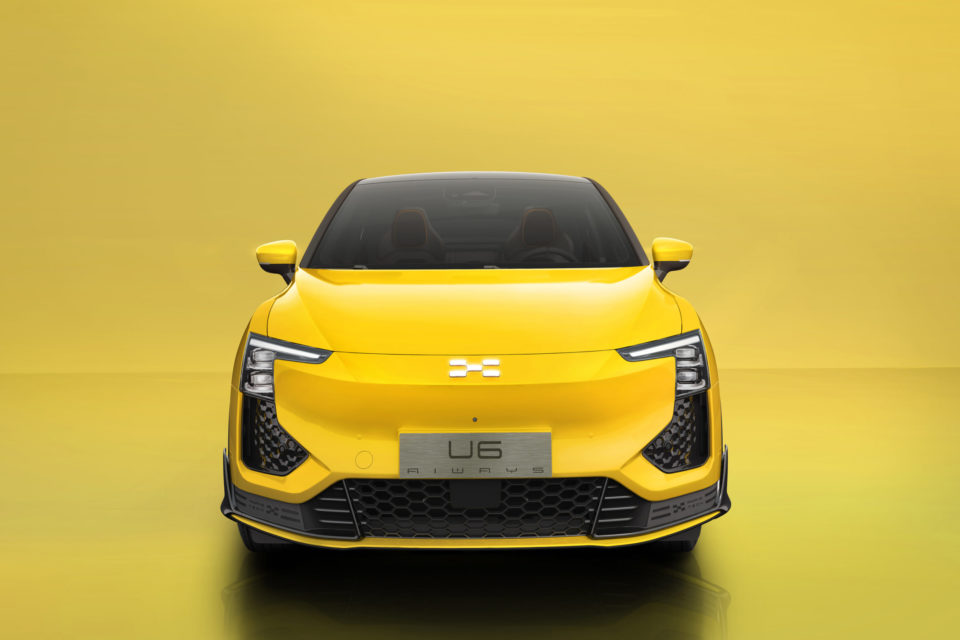 Aiways launches its second model U6 late this year. Meanwhile, it has got financial backing from Chinese battery giant CATL /Aiways

The recently started Chinese (Shanghai) EV car manufacturer Aiways has announced it will launch a second model this year. The U6 will be the stablemate of the U5 with which it shares the MAS platform. Meanwhile, it has been announced that CATL is also going to invest in Aiways.

The U6 is based on the concept car U6 ion presented a while ago and has kept many of the design features of this design proposal. Its stablemate U5 was a pure SUV; this U6 is a crossover with a coupe-like design inspired by cars like the Polestar 2 or the Mustang Mach-E.

The car’s nose gathers attention because it’s reminiscent of a shark; the tail lights refer to water pouring down. The car stands high on its wheels, like a real crossover, but has a coupe-style lighthouse with a dark-tinted panoramic roof.

The four colorful vertical stripes accentuate the battery pack under the floor under the doors. Aiways claims that a lot of attention has gone to streamlining the car, resulting in a drag coefficient of 0,27.

The interior of the U6 takes the rather minimalistic approach of the U5 a step further. Once again, there’s a minimalistic screen behind the wheel with the necessary information, but the central touchscreen has significantly grown. Like in the U5, it will undoubtedly follow the ‘Tesla approach’ in its menu structure and layout.

A striking design touch is a big lever on the central console, which is not for applying the handbrake but for choosing the direction to go, rearward or forward. As the U6 will probably share the comfortably long wheelbase of the U5, passengers will have ample space in the interior, except, maybe, for their head because of the very sloping roofline.

No tech details yet

Aiways has announced that its U6 will also stand on the MAS platform (More Adaptable Structure) it shares with the U5. It will probably share the CATL-originated battery pack of 63 kWh, but with the special sandwich structure, Aiways has patented.

As the first PR message mentions a sporty performance to attract other, younger customers, there is a chance that the synchronous motor driving the front wheels will get a power upgrade from the 150 kW/204 hp it has in the U5.

Undoubtedly the car will come on the market well equipped, in one or two finishes, and feature an interesting price tag. The launch date for China and Europe will still be this year. The exact prices aren’t known yet. Nor do we know if this more sporty model will also be distributed in Belgium through the Cardoen multi-make car retail network.

The Chinese battery cell manufacturer CATL, one of the biggest in the world, has also invested in Aiways. There are no further details of the agreement yet, but it is clear why there is mutual interest.

CATL has always been interested in the sandwich structure for the battery packs Aiways has patented.  They have commented on their financial partnership by saying that they want to join efforts for working on future battery technologies. 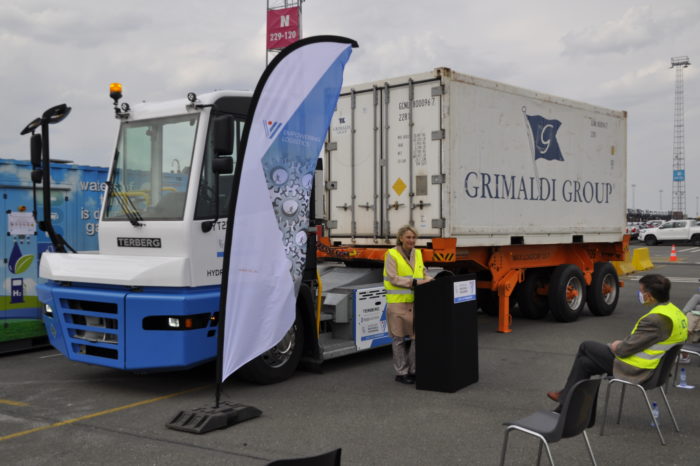 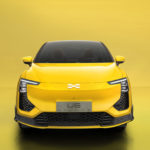