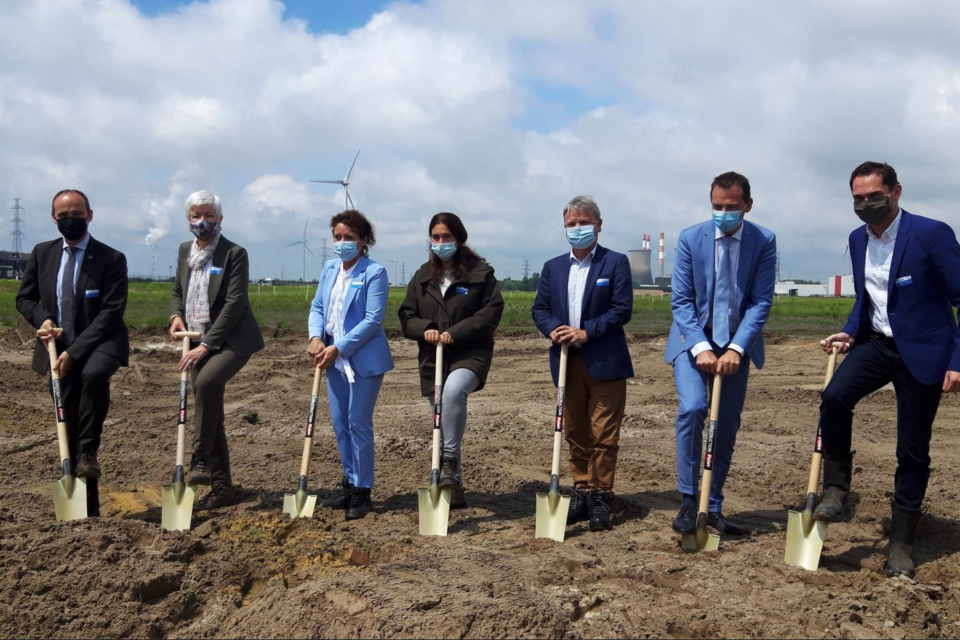 The shutdown of the former car production site was a heavy blow for Genk and the entire Limburg region. Now the former Ford site will be transformed into a new, trimodal industrial zone with an international appearance. The ambitious goal is to create 2 500 to 3 000 new jobs. The redevelopment of the site will be a boost for the region and will have a positive impact on employment.

The Flemish Waterway (Vlaamse Waterweg, VW) is appointed as developer and client for the demolition works, sanitation works, and the construction of common utility infrastructure. Meanwhile, most of the works are already executed.

The public domain will get access roads for motorized traffic and cyclists and will be provided with sewerage, utility lines, parking places for employees, a private connection road between the transshipment center along the channel and the area in the back. There will be infiltration basins to store rainwater, green areas, and public lighting.

Flemish Minister of Mobility, Lydia Peeters (Open Vld): “The global cost for the redevelopment of the former Ford site is 74,4 million euros and is mainly financed by Flanders.” Genk Mayor Wim Dries is proud of the project. “Genk and Limburg have strong assets and this site will even strengthen them. This redevelopment opens a bright future for employment in the region.”

“Together with all private and public partners, we realize a state-of-the-art industrial zone,” says Chris Danckaers of VW. A trimodal area with common utility infrastructure, bicycle infrastructure, and green open space.”

The new quay that will be built will be 425 m long and will be provided with a gantry crane for container handling. Construction works will start this summer. VW will sign an agreement for it with concessionaire Port of Limburg.

“The Flemish government will commit itself for sustainable mobility, and the potential of our waterways is a trump card we want to play,” says Minister Peeters. “Inland shipping helps us in our fight against climate change and waterways are perfectly suited for mobility and environmentally-friendly freight transport. Thanks to the new quay infrastructure, entrepreneurs can transport their goods over the water.”

“We strongly believe in the importance and potential of our waterways,” adds Frieda Brepoels, president of the Flemish Waterway. “Thanks to the future quay wall, we can unlock this site and get many trucks off the Limburg roads.” 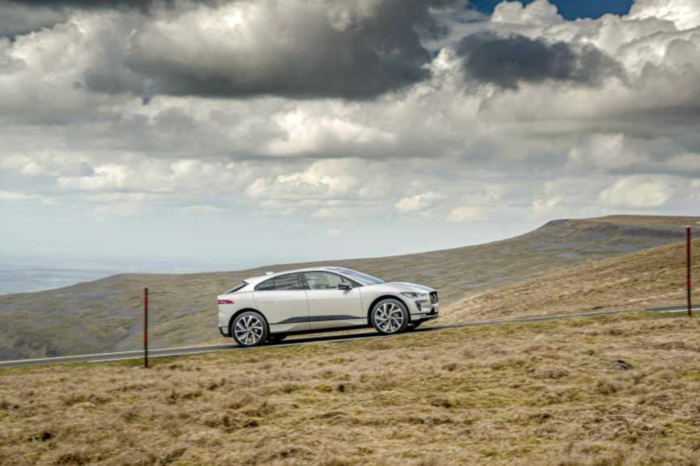 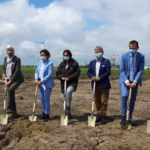