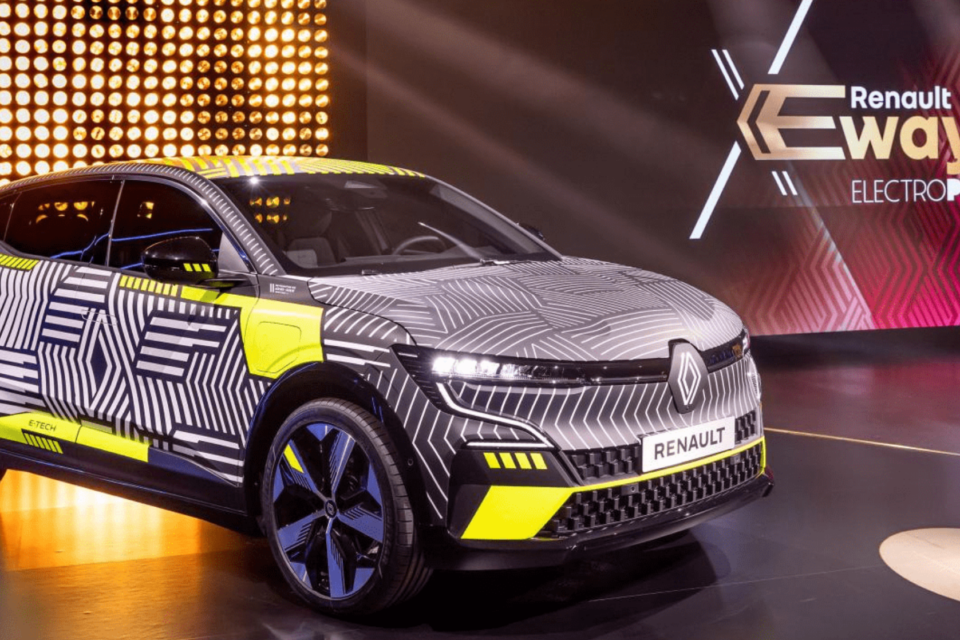 Renault is accelerating its electric strategy and has presented a comprehensive strategy package under the name ‘Renault Eways Electropop’. This includes new sales targets and further details on the French company’s platform and technology strategy.

Ten new electric models are planned by 2030, seven of them under the Renault brand, three as Alpine. In the future, Renault will rely on standardized battery cells in all segments. The aim is to reduce costs for an entire battery pack by 60% as of 2030.

The introduction of a solid-state battery plays an important role here because it costs only $80 per kilowatt-hour. Of course, the current liquid electrolyte batteries are also expected to become much cheaper.

“Today is a historical acceleration of Renault Group’s EV strategy and for ‘made in Europe’,” declared Renault’s CEO Luca de Meo. He pointed out that the recently announced construction of Renault ElectriCity is “not just a symbol, but a strategic decision”, claiming that merging three factories will make the resulting facility the largest and most competitive eMobility complex.

But the company’s own electric production is not limited to the three vehicle plants of Douai, Maubeuge, and Ruitz of Renault ElectriCity. The recycling plant called ReFactory in Flins, and electric drive systems will be manufactured at the Cléon plant in Normandy. The French company also wants to manufacture power electronics in-house.

Renault has recently initiated and decided on several important developments. Mainly for cost reasons, the Renault Group – not unlike the Volkswagen group – is relying on a unit battery cell.

Depending on the intended use, this cell can be equipped with lower-cost cell chemistry for the A and B segments or with a performance-oriented composition for the C segment and the more sporty or premium Alpine models.

Renault will use NMC cells with a nickel-manganese-cobalt cathode. An LFP battery was apparently also being discussed for the Renault 5. Still, at the ‘Eways’ event, Renault experts emphasized that NMC cells were favored because of the better price-performance ratio. These cells are supposed to age better and offer a better residual value when recycled.

The affordable cells are to be used for the first time in the Renault 5. The manager in charge, Sophie Schmidtlin, mentioned a WLTP range of 400 kilometers and $85 per kilowatt-hour cost. These cells will be manufactured at Envision AESC’s recently announced factory planned in Douai.

Performance cells will continue to be supplied by Renault’s long-time battery partner LG Energy Solution. The Gen1 version will be used for the first time in the new electric Mégane and is expected to provide a range of 450 kilometers at 60 kWh, according to WLTP.

According to Schmidtlin, a leap in charging power is planned for 2026: a charging power of 240 kW would be possible with a battery size of 60 kW. The charging process from 15 to 80% should then only take 12 minutes.

Special high-performance batteries are to be developed and produced in cooperation with Verkor. Renault wants to buy at least ten GWh per year here. In its partnerships with LGES and Envision, de Meo says it is a simple customer and a partner.

“We have the data of over 320 000 electric cars on the road; in the last twelve months alone, we have collected 300 terabytes of battery data,” the Renault CEO  indicated. “That is the largest battery data set of any car manufacturer in Europe.” He added that the company now wants to use this experience in development.

R&D head Gilles Le Borgne pointed out that the battery still accounts for 40% of the cost of a battery-electric car. “That’s why we must control the cost of batteries to be able to offer affordable and competitive BEVs without compromises,” says the developer.

Equally important is the electric drive itself, even if it only accounts for 10% of the vehicle costs. As before, the electromotor is an EESM, an Electrically Excited Synchronous Machine without permanent magnets. Among other things, this concept is to be made more efficient with hairpin windings in the stator.

The biggest factor here is power electronics, which account for up to two-thirds of the costs in this area. In cooperation with STMicroelectronics, the power electronics for electric cars will be developed and manufactured in France, as already mentioned.

Integrated drive as of 2026

By 2026, all these developments have to result in a new all-in-one unit. The electric motor, the reduction gearbox, the 800-volt-capable power electronics, the AC/DC converter, the DC/DC converter, and the onboard charger will be combined in one housing.

An axial flow motor is being developed parallel, not with the Belgian start-up Magnax but with Whylot. As a result, the new drive is 45% more compact and generates 45% fewer energy losses. Equally important is a reduced cost: the unit is to be 30% cheaper.

Renault initially intends to install these engines in hybrid and plug-in hybrid vehicles and plans to use them in battery-electric models.

Renault’s electric transition with the ten new models is based on two platforms: the CMF-EV from the Renault-Nissan-Mitsubishi alliance for the C and D segments and the CMF-BEV for smaller and more affordable vehicles, like the Renault 5.

Renault’s live online event announcing the new targets did not say exactly how many of the seven Renault BEVs will be based on either platform. However, it has been made clear that another retro model will be coming alongside the Renault 5: de Meo showed the silhouette of a small panel van, as well as the headlight graphics of a model that is called ‘Renault 4ever’ internally – a clear allusion to the R4 already hinted at before. 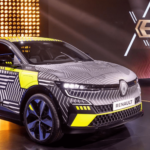