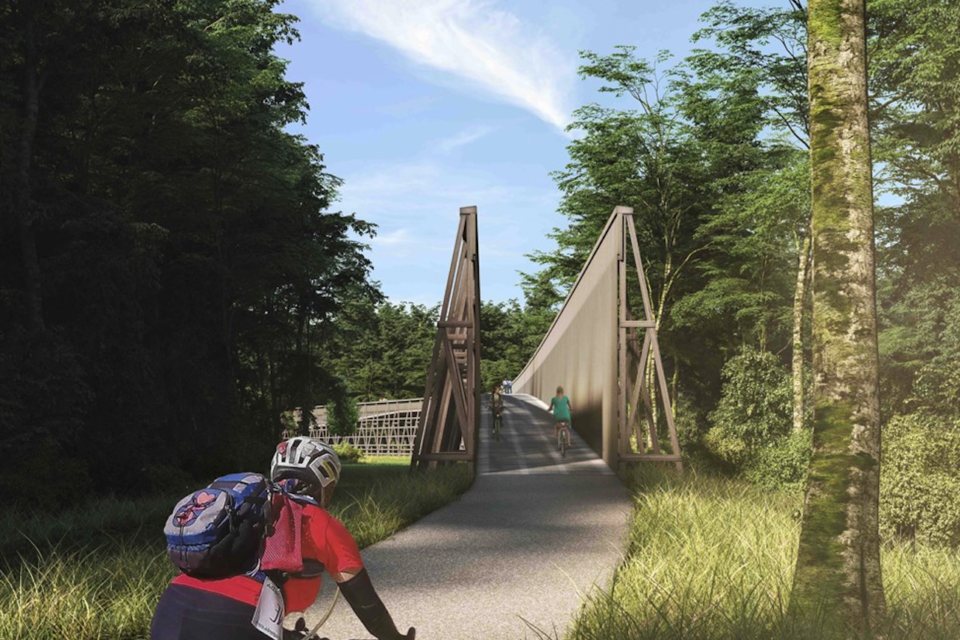 The new wooden bridge is 300 meters long and hovers 6,5 meters above the busy road to Zutendaal /VisitMaasmechelen.com

On Sunday, Flemish Minister of Tourism, Zuhal Demir (N-VA), officially inaugurated a new bicycle attraction in the Limburg national park Hoge Kempen. ‘Cycling through the Heather’, as the new attraction in Maasmechelen is called, is a brand new wooden bridge structure for walkers or cyclists. The bridge is 300 kilometers long and offers wonderful panoramic views over the Limburg Heather.

Between junctions 550 and 551, the new bicycle route offers a unique outlook on an exceptional piece of nature. After ‘Cycling through the Water’ in Bokrijk and ‘Cycling through the Trees’ in Hechtel-Eksel, it’s the third special bicycle attraction in the province of Limburg.

“We will keep on investing in our bicycle network,” explained Igor Philtjes (Open Vld), Limburg deputy for tourism. “Cycling through the heather is a ‘cycling synergy’ project of Visit Limburg, and was supported financially by the municipality of Maasmechelen, LSM Limburg, Flanders’ Tourism (Toerisme Vlaanderen), and the Limburg province.

This new project will boost tourism in Limburg and make the region even more attractive as a holiday destination. “Limburg was a pioneer with its large bicycle network. Twenty-six years ago, the first parts of the network were installed. Now, they’re one of our assets,” Philtjens continued. “So it’s important to invest ann innovate to keep our forerunner’s position.” A possible fourth bicycle attraction will be ‘Cycling under the ground’ in Kanne.

“The Flemish government is glad to help to promote this beautiful region in our country and abroad,” added Minister Demir. “More cyclists means more visitors and more stays.”

Hoge Kempen is Belgium’s only national park. Here, the vast pinewoods alternative with large areas of purple heather. At the moment of the inauguration, the poppies and cornflower flourished abundantly. The new wooden bridge is made of local pinewood and refers to the Limburg history of the mining industry. In those days, pine trees were planted here massively in this cultural-historical landscape.

The new wooden bridge is 300 meters long and 3,5 meters wide. The grade is four percent, the bridge rises to 6,5 meters above the ground and hovers above the busy road to Zutendaal, and then goes down again. Large parts of elements were prefabricated and just assembled on-site not to disturb the diverse animal species. The works were even interrupted during the breeding season.

The length and height but also the type of foundation will invite animals to migrate. That’s why the road surface is covered with grey asphalt: it remains cooler in summer than black asphalt. The price tag for the entire project? 2,9 million euros. Plus 300 000 euros for studies and promotion costs. 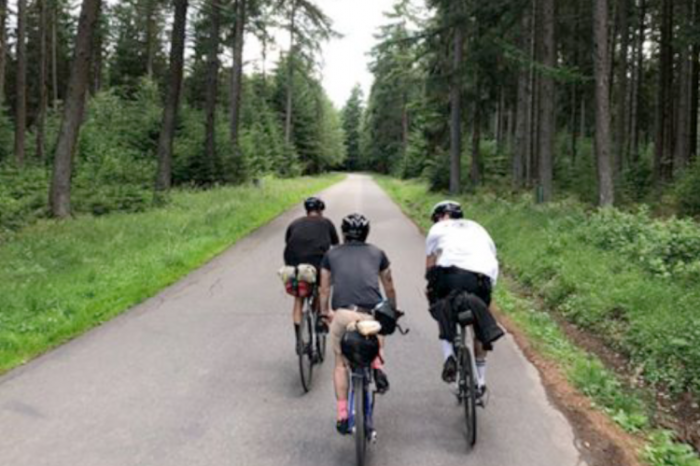 Brussels promotes new cycle routes in and around the city 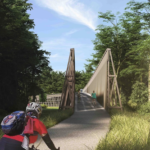