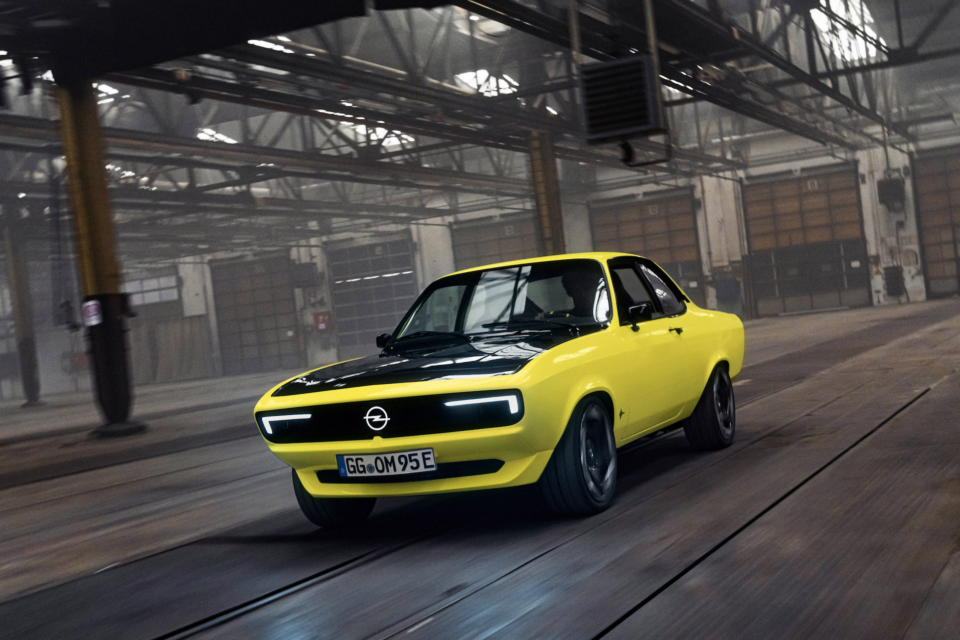 Opel will be one of the spearpoints in the electrification strategy of the Stellantis Group and promises to really produce the retro Manta with electric drive, originally planned as a one-off gimmick /Opel

As one of the last big car groups, Stellantis has presented its new electrification strategy. The multi-brand group wants to achieve 70% of its sales in Europe and 40% in the USA with ‘low-emission vehicles’ by 2030. In Europe, Opel is to become an electric brand by 2028.

By 2025, Stellantis wants to invest more than €30 billion in electrification and software, CEO Carlos Tavares announced at the ‘Stellantis EV Day’. The company wants to “continue to be a pioneer in automobiles’ efficiency,” said Tavares, and achieve an investment efficiency that is 30% better than the industry average.

This money is to be used to drive forward the electrification of the 14 brands in the group. As a result, 98% of the models in Europe and North America will be electrified. Stellantis wants to achieve this with four purely electric platforms. Even the platform for the smallest vehicles should achieve ranges of 500 kilometers, with up to 800 kilometers possible for larger vehicles.

“This will allow us to serve customers’ range requirements in most segments without them having to change the way they use their vehicle,” Tavares indicated. The Stellantis CEO estimates that he needs more than 250 GWh of batteries production capacity in 2030. This is to be covered by five gigafactories and additional supply contracts.

After the ACC battery factories in France and Kaiserslautern, he now confirmed factory number three at EV Day: “We have concluded an agreement with the Italian government to refurbish our engine plant in Termoli into a battery factory,” he said, without revealing further details. Of the other two factories planned, one will be in the US.

In Europe, the brands Opel and Fiat are meant to be the spearpoints of electrification. CEO Michael Lohscheller announced in a video clip that Opel is to become a purely electric brand in Europe by 2028. As early as 2024, every Opel model is to be electrified.

By “the middle of the decade”, the retro model Manta with electric drive is to be launched on the market. This was announced after the many positive reactions to the Manta GSe ElektroMOD. Opel also wants to enter the Chinese market – exclusively with electric models.

Fiat will also become an EV brand sometime between 2025 and 2030. “As soon as we can offer e-cars at the cost of ICE equivalents, we will become purely electric,” said Fiat CEO Olivier Francois. For Abarth, this step should take place even earlier, in 2024. However, as a sporty/trendy offshoot, Abarth is not as dependent on affordability as Fiat.

In the US, performance brand Dodge plans to launch its first electric muscle car in 2024, and Ram will sell an electric version of its 1500 in 2024, as a prime competitor to the recently announced Ford F150 Lightning.

Jeep wants to offer plug-in hybrids in all SUV segments by 2024, the Wrangler 4xe being already sold out for this year. The Jeep Wagoneer is to be targeted as an all-electric premium SUV primarily for the US market.

To cover the entire range of its 14 brands, Stellantis will have four EV platforms: STLA Small, STLA Medium, STLA Large, and STLA Frame. “The platforms are designed around the battery pack. This is how we achieve the best efficiency,” says Patrice Lucas, the manager in charge. “Each platform is designed for specific vehicle lengths and widths.”

To reduce costs, key components are shared across all platforms. In addition, each of the platforms will be scaled up to two million units per year to realize cost benefits. As an example, Lucas cites the large platform (STLA Large) intended for vehicles between 4,7 and 5,4 meters in length; they can also vary between 1,90 and 2,03 meters in width.

So a business sedan, a Dodge muscle car, or a family SUV are feasible on the same basis. Eight models based on this platform are already in development and are expected to be launched in three to five years.

The STLA Small is made for battery sizes between 37 and 82 kWh – the latter should be enough for the 500 kilometers mentioned. The range is somewhat smaller for the other platforms: STLA Medium is designed for 87 to 104 kWh, STLA Large for 101 to 118 kWh.

The batteries are significantly larger in the STLA Frame, the ladder-frame platform for the large pickups. However, since the range should remain sufficient even with heavy loads, batteries between 159 kWh and 200 kWh are planned.

Stellantis relies on two cell chemistries for the batteries. The cheaper version is to do without nickel and cobalt. In addition to lithium, Stellantis specifies iron and manganese as materials. These will have an energy density of 400 to 500 Wh/l.

The second cell chemistry has a nickel-manganese cathode. At cell level, the target is 600 to 700 Wh/l. The step to cell-to-pack has been announced for 2026. Stellantis is also aiming to use a solid-state battery in vehicles in 2026 to be produced in existing production facilities.

The drives for the four vehicle platforms will be a family of three electric motors or EDMs (Electric Drive Modules), called EDM1, EDM2, and EDM3. The EDM1 (Electric Drive Module) is designed for the STLA Small and has an output of 70 kW. The EDM2 covers 125 to 180 kW and is meant for Small, Medium, and Large platforms. Finally, the EDM3 offers between 150 and 330 kW per engine.

As the only one of the three, there will also be an 800-volt version of the EDM3 – EDM1 and EDM2 are pure 400-Volt units. The EDM3 is to be installed in the STLA Medium and Large as well as the Frame platform for the large pickups. The EDMs are to be used for front-, rear- or all-wheel drives – and as electric motors in plug-in hybrids.

These electromotors will have class-leading efficiency: Stellantis promises consumption figures starting at 12,0 kWh/100 km. They will also feature “class-leading fast charging performance”,  but there are not many figures available yet.

Carlos Tavares has also always been the guru of the operating margin. He announced that it would be better than the 5,5 to 7,5% originally forecasted at EV Day. Also, thanks to the synergies resulting from the fusion (estimated at some 5 billion euros per year), Stellantis aims at double-digit margin percentages as of 2026.

“Our mission is to hold and improve our margins, even though the incentives for electric vehicles will progressively disappear,” Tavares declared. To convince its investors, even more, the Group will soon present its plans regarding digitalization and a new strategy for the all-important Chinese market. 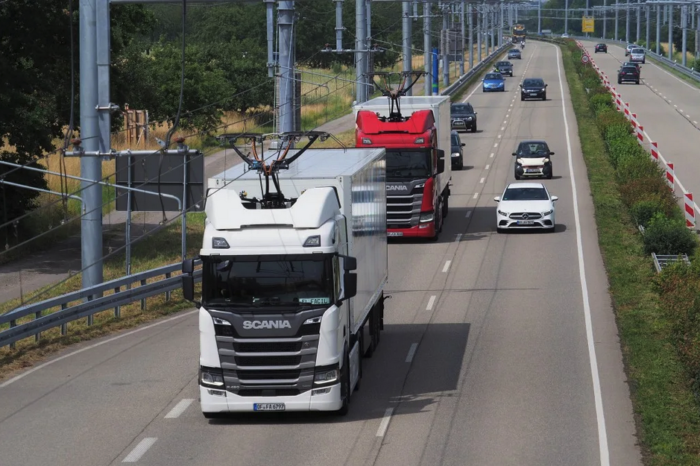 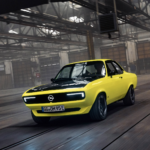