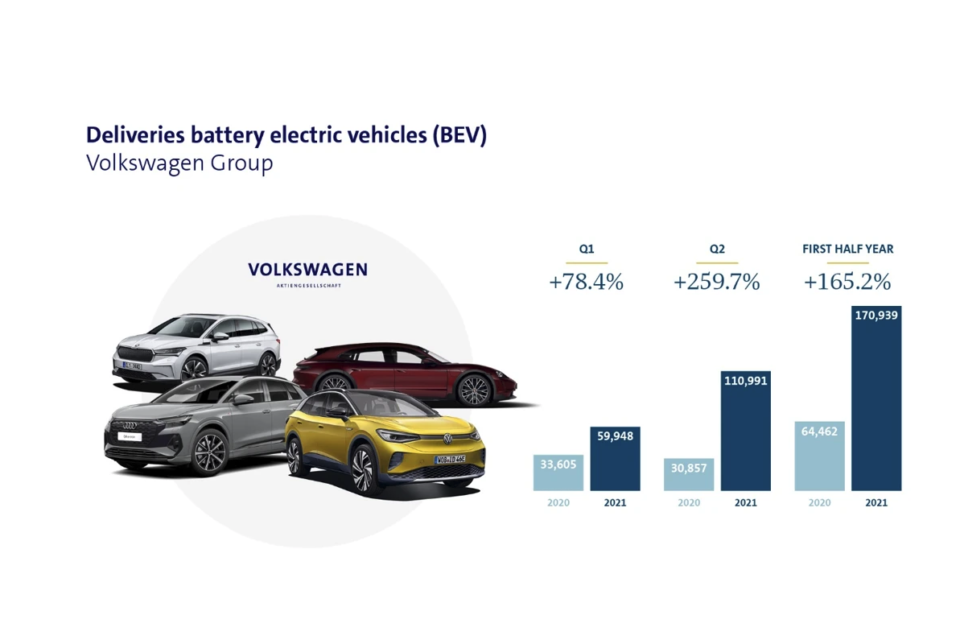 VW Group’s elctric sales grew by 165% for the first half of the year. The speed of the growth increased dramatically during Q2 /VW

Volkswagen expects BEV sales to accelerate further over the course of the year due to the expanded model range. “Our global electric offensive continues to make good progress, and customer demand is high,” said Christian Dahlheim, head of sales at the group level.

“This year, we plan to deliver around one million electrified vehicles for the first time and are confident that we will meet the fleet targets for CO2 emissions in Europe.”

Europe also saw the vast majority of the group’s electric car registrations, 128 078 vehicles, or 74,9% of total BEV sales. The market share of all battery-electric cars registered in Europe was 26% for the VW Group.

In the USA, the Group’s brands delivered 18 514 battery-electric cars and achieved a market share of 9% in BEVs – more than in the overall market with combustion models added.

In China, 18 285 BEVs were delivered in the first half of the year, representing 10,7% of the group’s global BEV deliveries. VW Group justifies these figures with the order of market launches: the ID.3, as a purely European model, made a start, and the ID.4 was also initially delivered primarily in Europe. However, the ID.4 has only been available in the USA and China since March.

While VW has maintained its market share in China with internal combustion vehicles, the electrification offensive is progressing more slowly than planned.

In June, just 2 900 ID.4 models were sold in China, in addition to 500 units of the ID.6 electric SUV developed especially for China. However, in the release on half-year sales, Dahlheim expressed optimism – partly because of ID.6 shipments, which only started in June.

“In the third quarter, we expect a significant boost to BEV deliveries in China thanks to the expanded Volkswagen ID. model range,” concludes the sales boss.

By brand and model

The ID.4 went straight to the top in terms of vehicle models, even though it has only been delivered since the end of March. The electric SUV came to 37 292 new registrations, partly because it is also delivered in the USA and China.

The 31 177 units VW sold of the ID.3 are all on the road in Europe. In third place with worldwide deliveries comes the Audi e-tron (including Sportback) with 25 794 vehicles. Audi is ahead of the Porsche Taycan (including Cross Turismo) with 19 822 vehicles. Finally, the e-Up closes the top five at the group level with 17 890 vehicles.

The fact that VW Group sold practically as many plug-in hybrids as fully electric cars proves that there is still a future for this type of car, despite the flak it often gets.

The sales of PHEVs within the Group rose even more than those of the BEVs. It indicates that not everyone is ready yet to make the transition to fully electric. It would be sensible for the authorities to take that into account. 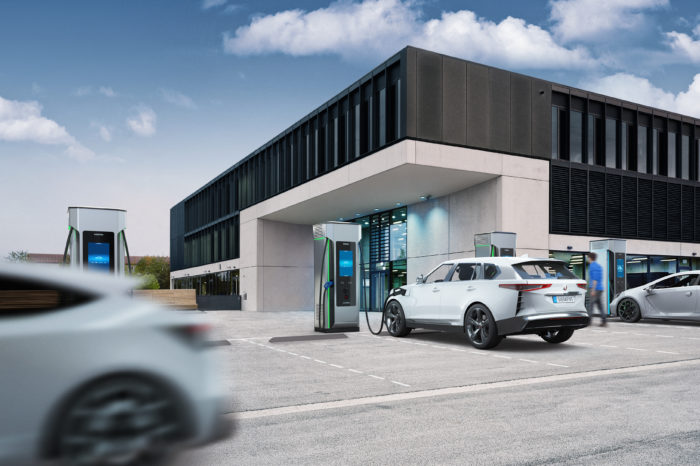 'One in three Belgians don't want an electric company car' 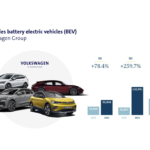