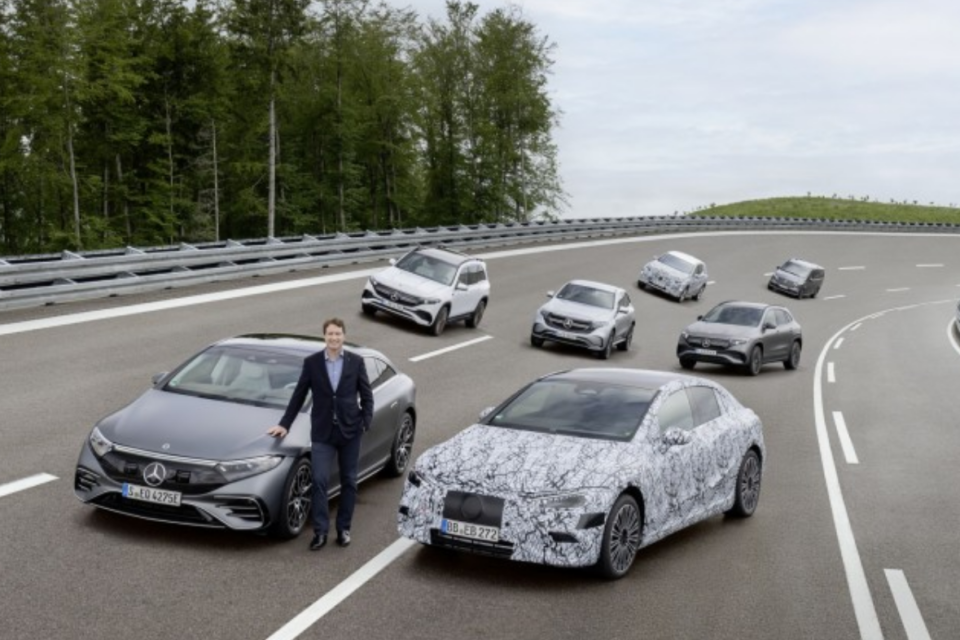 Daimler announces investing €40 billion in electrification before 2030. Posing here is CEO Ola Källenius before some of the electric cars to be on the market before the end of 2022 /Daimler

At an investor day on Thursday, Daimler presented its updated plans for the switch to electric mobility. Daughter Mercedes-Benz is preparing new platforms and battery factories to become fully electric before the end of the decade… “whenever market conditions permit”. Before 2030, Mercedes will have invested €40 billion in this.

The statement doesn’t become more specific. Normally, Europe and North America are included, Latin America probably not. It’s what is said about China that’s the most exciting.

“China is to play a key role in the accelerated electric strategy of Mercedes-Benz,” Daimler writes in the memo – but does not explicitly confirm whether the changeover is to take place there before 2030.

From 2022, Mercedes-Benz intends to offer battery-electric vehicles in all segments in which the brand is active.

“The EV shift is picking up speed – especially in the luxury segment, where Mercedes-Benz belongs,” says Daimler CEO Ola Källenius. “The tipping point is getting closer, and we will be ready as markets switch to electric-only by the end of this decade.”

Mercedes is now preparing for 50% of its sales to be electrified already in 2025, where previously it was counting on 25%. It is readying eight new electric models to be sold before the end of 2022. The EV version of the E-class should be presented at the Munich motor show in September.

All this involves the newly announced platform strategy, which Daimler refers to as ‘architectures’. At the moment, the EQS is introduced based on the new Electric Vehicle Architecture (EVA).

The Mercedes Modular Architecture is due to arrive in 2024 as a mixed platform for compact cars – this will be developed with an E-focus but can still accommodate internal combustion engines.

This MMA could then also become one of the last combustion engine-compatible platforms from Daimler. This is because three new pure E-platforms are to make their debut in 2025. As a result, the investments in ICE cars will have shrunk by 80% between 2019 and 2026.

The first and most important is EA: this platform covers all medium-sized and large passenger cars above the MMA and “will be the electric basis of the future BEV portfolio as a scalable modular system”.

For the performance models, there is AMG.EA: “an electric platform designed for top performance to address the needs of Mercedes-AMG’s technology-savvy and performance-oriented customers”.

Electric vans and light commercial vehicles are to be launched based on the third and also new VAN.EA platform. All other new platforms, later on, are subsequently also to be purely electric.

“This step marks a profound reallocation of capital,” says Källenius. “By managing this faster transformation while safeguarding our profitability targets, we will ensure the enduring success of Mercedes-Benz. Moreover, thanks to our highly qualified and motivated workforce, I am convinced that we will be successful in this exciting new era.”

Källenius is sticking to the already known profitability targets despite (or possibly because of) the accelerated transformation. To keep the company profitable, which will only consist of the passenger car and van divisions after the truck and bus business spin-off, Daimler wants to increase its value-added shares and insource its drive technologies.

So, instead of buying the drives, Daimler wants to expand development competencies and the associated production. Developing and manufacturing its own electric motors are an important part of the strategy “with a clear focus on the efficiency and cost of the entire system, including inverters and software”.

Daimler also wants to create some of the value for the batteries for the new platforms. It estimates global demand at more than 200 GWh. Together with partners, no less than eight gigafactories for cell production are to be set up worldwide.

The cells of these factories are then processed in the nine already planned and existing plants for the production of battery systems. “Cell production will allow Mercedes-Benz to transform its established powertrain production network,” Daimler says.

Daimler is also planning a kind of ‘standardized cell’, but is probably not going as far as the VW Group. “Next-generation batteries will be highly standardized and suitable for use in more than 90% of all Mercedes-Benz cars and vans while being flexible enough to offer individual solutions to all customers,” the company reveals.

However, it does not say whether that means a standardized, modular system with different formats or a rigid format with different cell chemistries for the respective segments.

To illustrate the advances in battery expertise and vehicle construction, Daimler also announced the Vision EQXX concept vehicle, unveiled in 2022.

The EQXX is expected to have a real-world range of more than 1 000 kilometers, not because of a huge battery, but a “single-digit consumption value for kilowatt-hours per 100 kilometers at normal speed on the highway”.

Furthermore, the findings in battery, high-efficiency drive (in which experts from Mercedes-Benz F1 High-Performance Powertrain are also involved), and also aerodynamics are to be “transferred to the new vehicle architectures from Mercedes-Benz”.

In addition to the range, improved charging services are of high importance. Mercedes refers to the premiere of ‘Plug&Charge‘ in the EQS but does not announce any further models with the function.

The company is working with Shell on the expansion of the ‘Mercedes me Charge’ charging network. Furthermore, Mercedes is planning its own ‘premium charging stations’ in Europe, “which will offer customers a customized charging offer at outstanding locations”. Audi and Porsche have already presented similar concepts. 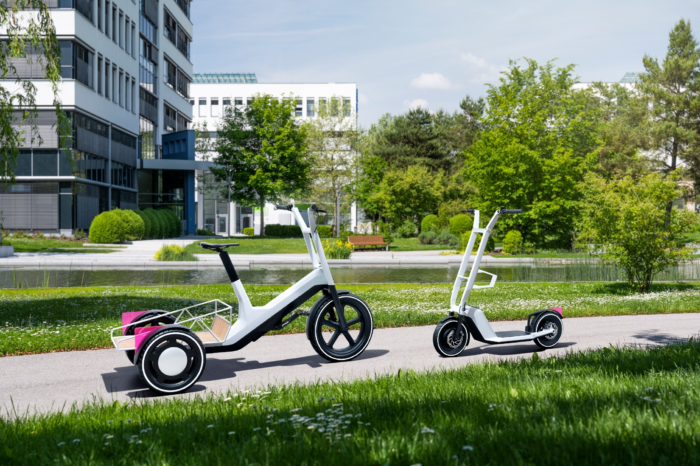 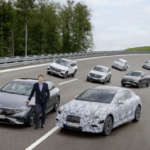