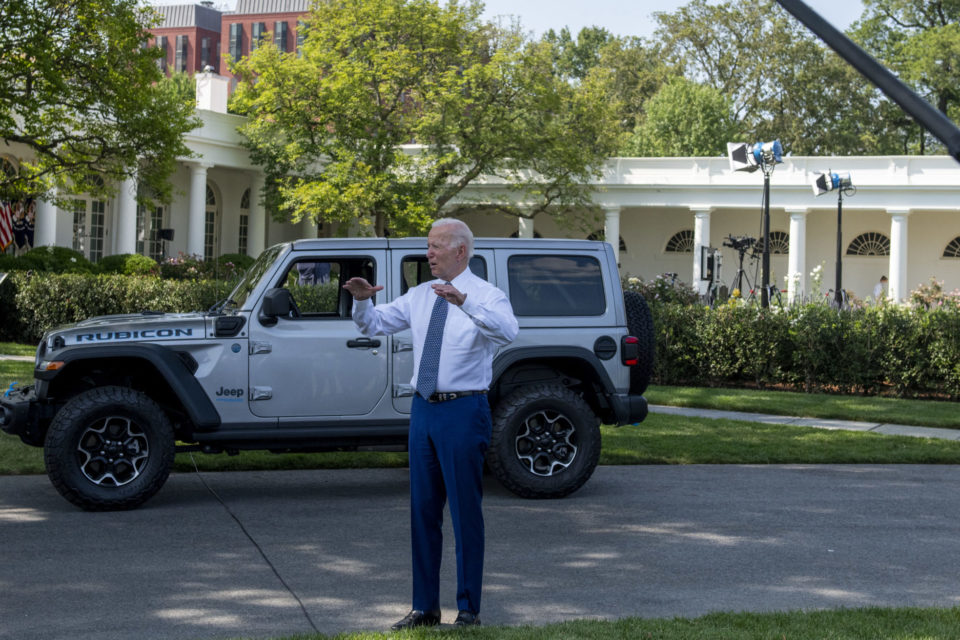 United States President Joe Biden fields questions from reporters after signing an Executive Order on the steps his Administration is taking to strengthen American leadership on clean cars and trucks /ABACAPRESS.COM

US President Biden has joined the growing number of countries that want to accelerate electrification. Biden wants 50% of all vehicle sales in the US in 2030 ’emission free’. A lot of interested parties have welcomed the presidential initiative.

According to a communication of the White House, President Biden wants his United States “to take the lead in the future of the electric vehicle”. At the same time, “China will be overtaken, and the climate crisis tackled.”

An interesting detail is that in Biden’s plan, ‘electric’ vehicles are not only those which are purely electrically driven or use hydrogen as their fuel but also plug-in hybrids, usually combining an electric motor with an internal combustion engine (ICE).

To support the action, the White Hous had invited the three big American car manufacturers, GM, Ford, and Stellantis (with Chrysler, Dodge, Jeep, Ram, and others in its portfolio). In a joint statement, the ‘big three’ applaud the initiative and stress their ambition to arrive at 40 to 50% of all cars sold to be electric in 2030.

In another joint press release, foreign car manufacturers like BMW, Honda, Volkswagen, and Volvo have warmly welcomed the initiative. A little bit later, Hyundai, Toyota, and Nissan joined the movement.

“The members of the UAW are ready to build these electric cars and trucks, and the batteries that go with it,” said UAW president Ray Curry in the same White House declaration. “Our workers are the secret weapon for America to win this global race toward electrification.”

The figure of 50% doesn’t seem very extreme when you see what some manufacturers or other countries are already foreseeing. But for the US, it’s a huge step. According to the International Energy Agency (IEA), electric vehicles only represented 2% of sales in the US, compared, for example, to 10% in Europe.

One of the big challenges will be an adequate charging infrastructure. The financing of this will depend highly on whether Biden’s huge infrastructure plan, now under discussion in parliament, will be accepted and under which conditions.

This weekend, a 67 persons majority (49 Democrats, 18 Republicans) in the Senate has decided that the debate about the plan is concluded. Normally, the plan will also be voted in the Senate (where only a 50+ majority is necessary), be it that there can still be a lot of commotion about certain amendments.

But the plan also has to go to the other parliamentary reunion, the Congress. There, the Democrats have a (small) majority. Still, inside the party, there are frictions between more conservative democrats and an important left-wing movement that wants to couple support for the infrastructure plan to realize an even bigger and more comprehensive social welfare plan.

Another part of the challenge will be to readapt the emission legislation accordingly. Biden’s predecessor Trump had substantially lowered and eased the legislation on the energetic performance of the vehicles in the US.  Whereas the Obama administration claimed a 5% decrease within 5 years, Trump softened this to 1,5%.

The Biden administration hasn’t detailed its target here yet. That’s why environmental groups are applauding the initiative but stay worried about the actual implementation. For example, the Union of Concerned Scientists, a group of scientific experts, fears that Biden’s efforts will be undermined by “unnecessary concessions to the manufacturers which will render future legislation weaker and less efficient.”

And Tesla in all this? The leading electric car company in the US wasn’t implied in the White House action yet, which led to a big frustration of its CEO Elon Musk. Via his cherished twitter channel, he showed himself very astonished by the fact of not being invited to the White House.

“Today, it’s the three biggest employers inside the UAW  and the president of the union that have been invited at the side of the President,” said White House spokeswoman Jen Psaki in her daily press conference.

On a question, whether this had something to do with the adversity of Elon Musk toward unions, Psaki answered: “These are the three main actors inside the UAW; I’ll let you draw your own conclusions.”

Like other big “new tech” companies in the US, Tesla has a history of conflicts with the UAW. The latter has even sued Tesla in 2017 for having discarded workers because of their union sympathies. Not so long ago, the National Labor Relations Board (NLRB) has decided against the Californian manufacturer.

In the end, Jen Psaki has been pouring oil on the waves. “Of course, we salute the efforts some manufacturers make to assure the future of the electric car,” she concluded, “and we will fully support all the initiatives that will help to reach the President’s objectives. For sure, Tesla is one of these companies.”

With this initiative, Biden is joining some twenty countries which have already fixed dates for the energy transition. Norway takes the lead, going for 100% zero-emission vehicles to be sold as of 2025.

The North European country is followed by Israël, Singapore, and the UK. They have fixed the same target of banning ICE cars as of 2030.

Whereas the Biden plan talks about 50% of the new cars to be electrified in 2030, California has already agreed to forbid ICe cars entirely as of 2035. The state of Quebec (Canada) has joined this initiative, while Canada aims at 2040 for a total ban.

In its ‘Fit for 55’ announcement, the European Commission also wants to ban the sales of ICE cars as of 2035 in the 27 member states. However, this still has to be approved by those ember states and by the European Parliament.

Within the European Union, some countries have already shown themselves more ambitious: Ireland, Sweden, and the Netherlands, for example, have chosen 2030 for a ban. And, of course, in many cities, there are already low emission zones (LEZ) restricting the access of older and more polluting cars to the city centers.

Globally, countries that import cars show themselves more stringent and ambitious in their objectives than those with an important car industry, like France or Germany. The latter also join the American point of view to tolerate for a far longer period hybrid cars. Of course, Japan, with its number one manufacturer Toyota being the king of the hybrids, supports this view.

Ten years ago, China was a frontrunner in producing electric cars, but it doesn’t want to pin a fixed date on the extinction of the ICE car. Up until now, it wants 20% of its vehicles to function on alternative energies by 2025. In 2035, they’ll have to be “the dominant trend”. Inside China, many cities or regions have issued more stringent rules.

When we have a short look at the developing countries, we see that India wants 30% of all sales electric in 2030. In Africa, Cabo Verde is the first country to want to be ICE-free in 2035. In South America, only Costa Rica has emitted the same wish, for the moment, but only in…  2050. 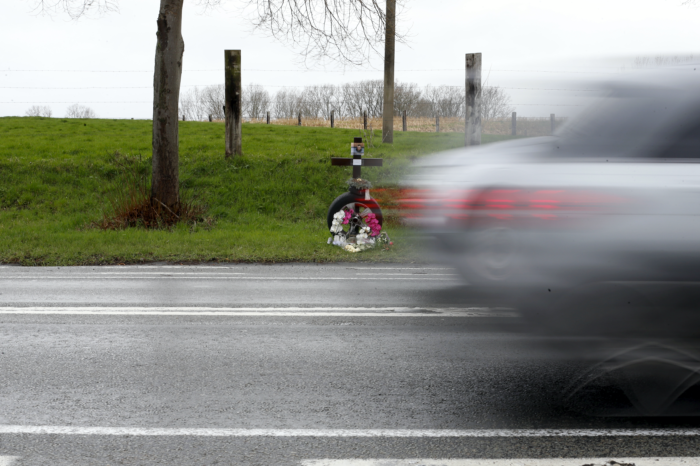 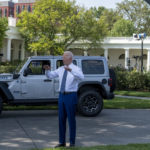