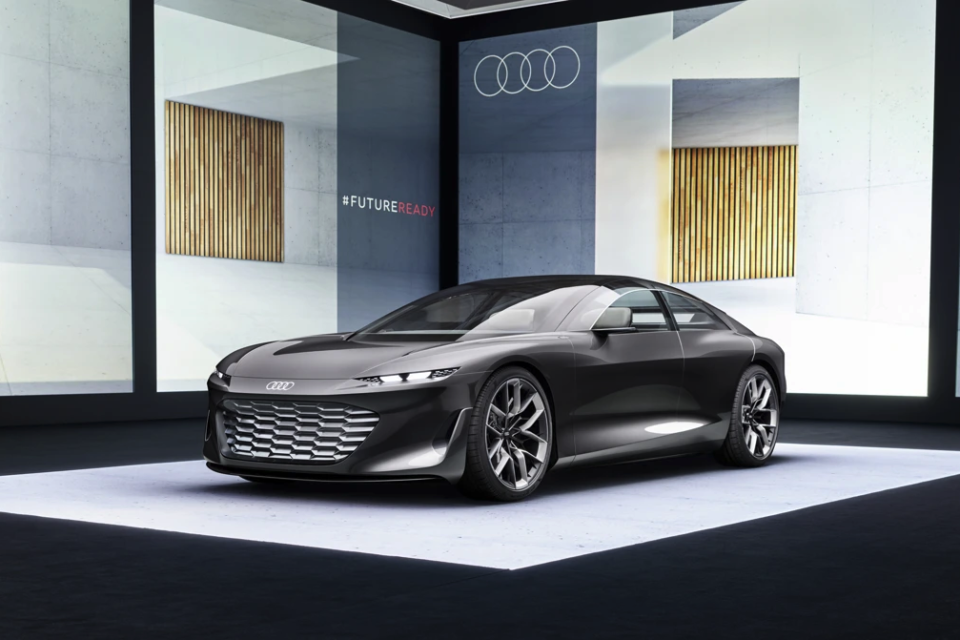 These Audi Sphere models herald the next generation of the A8, which will be fully electric and will also drive autonomously at level 4 / Audi

Audi shows its second futuristic and electrically powered sphere concept, a luxury limo called ‘Grandsphere’. After the sports-oriented Skysphere, today’s Grandsphere is a concept name that covers the flag. With 5.35 meters, it is a lot larger than the A8, Audi’s current (ICE) flagship.

The Grandsphere looks particularly futuristic with its concave radiator grille and pointed headlights. Its flanks are adorned with 23-inch rims, and there are also narrow light units at the rear.

But Audi puts the main emphasis on the interior with lots of free space and an innovative interior concept. The brand with the four rings describes the whole as a first-class travel experience for private journeys. Later, Audi will show the third model of the triptych, the Urbansphere.

As this Audi concept car offers Level 4 autonomous mobility, the steering wheel and pedals disappear when in robotic driving mode, transforming the interior into a spacious lounge. The digital screens form a band across almost the entire width of the dashboard.

They offer the occupants numerous communication and entertainment options, but the interior should also exude tranquillity and – despite the technology – doesn’t want to make an overwhelmingly busy impression.

At level 4 of autonomous driving, we speak of a fully-fledged autonomous car that can also take on crossroads and motorway entrances and exits in well-defined geofenced areas. Only in complex driving conditions (e.g., extreme weather) will the car ask the driver to take over.

Although the Grandsphere looks very futuristic, it gives a fairly realistic view of Audi’s near future. To start with, the German manufacturer is very consistent in its choice of propulsion. They resolutely go for electric and phase out combustion engines (read: plug-in hybrid technology).

Instead, there will be a 120 kWh battery that can be quickly recharged via the 800 Volt system, also used by Porsche. An electric motor will be placed on each drive axle, and the whole system will offer an output of 720 hp and 960 Nm.

The manufacturer claims an autonomy of up to 750 km, making the Grandsphere credible as a travel car. It is based on the new PPE platform on which the new Audi A6 model range will be built. So it looks like these concept cars are the heralds of the next-generation A8. 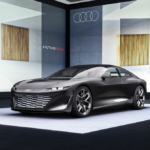