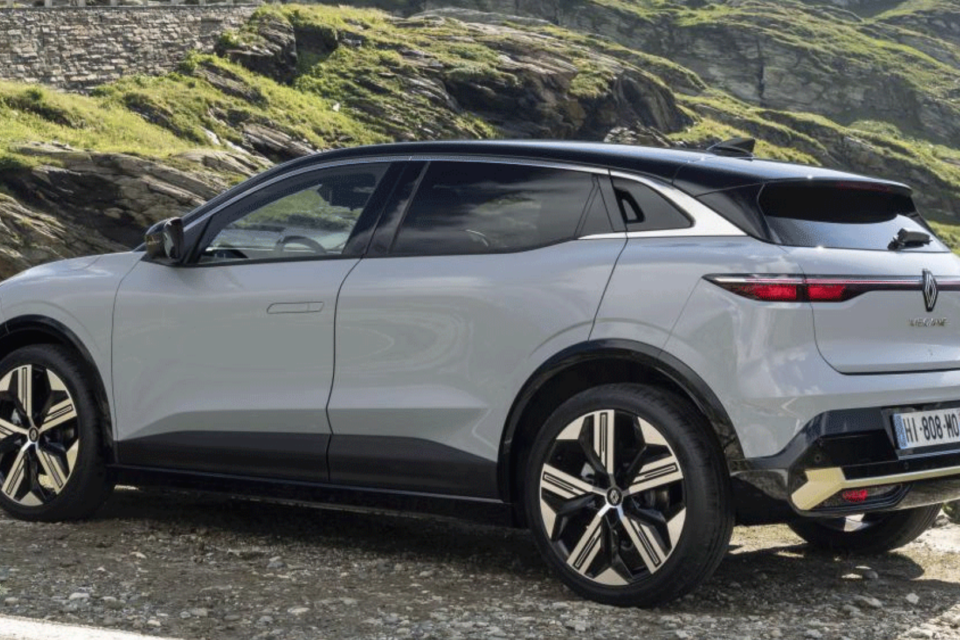 The Mégane E-Tech Electric is the eye-catcher for Renault in Munich. For sale in 2022 /Renault

Renault has unveiled the all-electric Mégane at the IAA Mobility. The compact car with the full name Mégane E-Tech Electric will go on sale in two drive variants and with two battery options. As the first electric car on Renault’s CMF EV platform, it marks a new generation of vehicles for the French company.

Meanwhile, Luca de Meo has clarified his thoughts about the recent (over)bidding of some manufacturers regarding electrification.

At the IAA Mobility in Munich, the company is not stingy with superlatives: The electric Mégane has the slimmest battery on the market and the largest information display in the compact car class. The French also promises a range of 470 kilometers according to WLTP, the ability to charge bidirectionally, and the embedding of the new model in a complete ecosystem. Renault has announced a sales launch in March 2022, with order books set to open in February. Announced are versions for both private and business customers.

The Mégane E-Tech Electric will arrive in two drive variants with 96 or 160 kW and 205 or 300 Nm. Both three-phase synchronous motors are new developments from the Renault-Nissan-Mitsubishi alliance.

According to Renault, the e-motors weigh only 145 kilograms, including the gearbox (“10% less than the current motor used in the Zoe”). The electric Mégane’s top engine is said to sprint from 0 to 100 km/h in 7,4 seconds. Renault gives a top speed of 160 km/h.

The battery installed in the underbody is from LG Energy Solution. It is based on NMC chemistry and has an energy content of either 40 kWh for a range of 300 kilometers or 60 kWh for up to 470 kilometers.

In both cases, the dimensions of the battery remain unchanged: with a height of only eleven centimeters (at 1,96 meters long and 1,45 meters wide), it is said to be the “slimmest battery on the market”. In addition, it has an energy density of 600 Wh/l, 20% higher than in the Zoe.

The energy recovery system is based on two main components: classic recuperation via a four-stage system and a heat conduction system to use excess heat to warm the passenger compartment. In addition, the electric Mégane also has an “even more efficient heat pump”.

The onboard charger installed in the car allows either 7,4 kW or optionally up to 22 kW AC charging, analog to the Zoe. Moreover, depending on the version, the vehicle is also fit for fast charging (130 kW DC charging power). The latter value means 300 kilometers (according to WLTP) in 30 minutes.

The dimensions of the new Mégane are also interesting: it is supposed to offer the interior space of a conventional compact car in a smaller envelope. At 4.21 meters, the car is, in fact, around 15 centimeters shorter than the current combustion engine model.

The wheelbase is nevertheless 2,70 meters. At 1.5 meters, the electric compact is only slightly higher than the current Mégane with a combustion engine (ICE), despite the battery inside the vehicle floor.

The CMF EV architecture of the Alliance, which was specially designed for electric cars, is also expected to show its strengths in terms of handling. The platform is coupled with a new, direct power steering system.

It also has a multi-link rear axle, which is being used for the first time and contributes to more precise wheel control. As with all dedicated e-platforms, the wheels are explicitly positioned far to the outside to create space for the battery and interior. The smallest boot space is 440 liter, and the car can tow a (braked) trailer of 900 kg.

The Mégane E-Tech Electric will be manufactured at the Douai plant in northern France. According to Renault, the plant is to be developed into the largest and most competitive center for constructing electric vehicles in Europe, with an annual production of 400 000 units by 2025.

When CEO Luca de Meo started his job at Renault on the first of July 2020, he immediately paid a visit to its ‘Technocentre” in Guyancourt (outskirts of Paris). The result of this visit was a complete realigning of the plans and the models to come.

Today we see the first results, the Mégane E-Tech Electric and the Renault 5 Prototype (also electric) that is meant to replace Zoë as of 2024. It all ended op in its ‘Renaulution’ plan presented in January 2021.

“The soul of a company lies in its roots,” says the CEO, “and Renault has to reconnect with its courage and its somewhat excentric French character.” So he isn’t scared to use cars like the Fuego in new commercials, a car that was often a mockery for many people. “People like brands with humor; it’s a sign that they have faith in themselves.”

But the flamboyant CEO also warns for the (over)bidding he sees in the car industry. He points at the fact that the announced capacity of the Giga battery plants in Europe is far too over-dimensioned in relation to the most optimistic expected sales of electric cars.

“We at Renault, we want to do the things we can manage. We won’t reach for the stars anymore and then see that we only reach the moon.” He emphasizes that being as early as Renault in the electric market will be beneficial sooner or later.

de Meo thinks that in some areas, Renault has expertise that others lack. Take the software, for example. “It’s not from the software we will have our gains, but it gives us the differentiation to sell our cars. It’s not with its software that Apple gains big money, but it needs it to sell the smartphones that are very beneficial.”

In the coming months, de Meo will explain where he wants to go with his ‘Software République”, the program that will lead Renault to offer an ambitious software ecosystem. 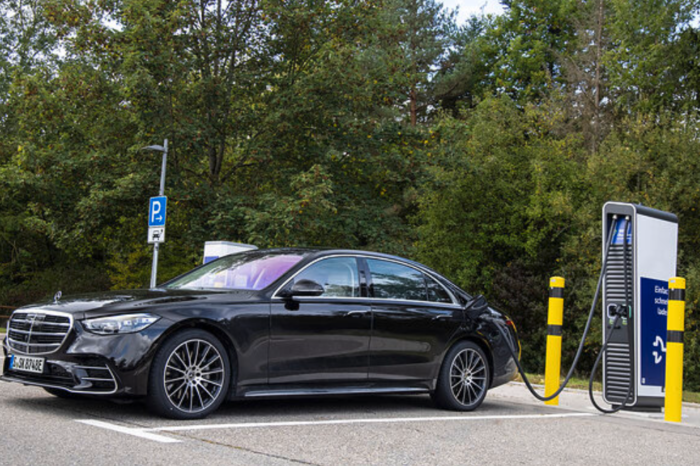 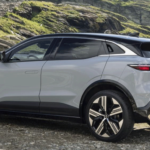