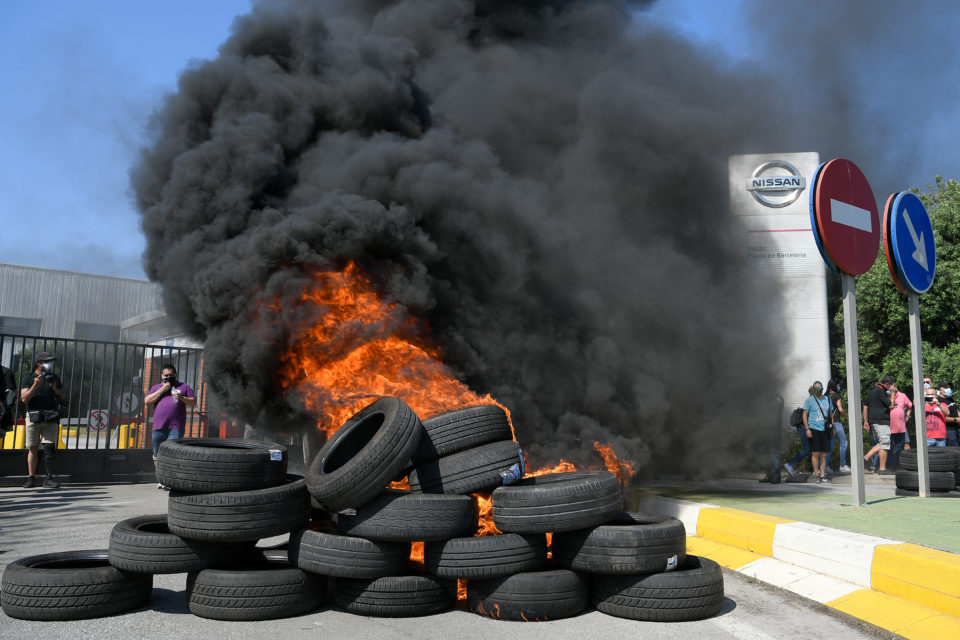 Nissan employees burn tires in front of the Japanese car manufacturer’s plant in Barcelona on May 28, 2020, as they protest against the announced factory closure /AFP

The Punch Group, owned by the Belgian Dumarey family, has placed an official bid to take over Nissan’s three Catalan factories in Spain to build a clone version of the Navara with hydrogen propulsion by 2024. Guido Dumarey has a history of successfully taking over closed down factories and breathe new life into them.

Punch said it will invest €650 million to one billion in the next six years for manufacturing 46 100 hydrogen, electric, and diesel vehicles by 2025 and 75 600 by 2030 with most of the existing Nissan staff and its local suppliers.

Best proposal on the table?

The Belgian entrepreneur’s offer is one of seven laying on the table for the Nissan site that is to close end of this year, one year later than announced at first. A former Nissan executive, Andy Palmer, is leading the bid for Dumarey.

He told the Spanish media he is convinced to have the best project for the brownfield site of Nissan Motor Iberica. “We have a proposal that largely employs the people that exist, largely uses the supply network, uses all three production plants, and uses all of the production capacity. We think that is the right answer,” he told CatalanNews.

Punch wants to develop by 2023 a clone of the Nissan Navara under its own brand with a hydrogen combustion engine, to be built alongside Euro 6d and Euro 7 diesel-powered versions. Besides the hydrogen pickup, Dumarey sees opportunities to produce an electric version based on the Nissan e-NV200 for specific niche segments like taxis.

The Punch Group brings in its own hydrogen expertise via PUNCH Torino; a center specialized in diesel and hydrogen propulsion that used to be a GM subsidiary and was acquired by Punch in February 2021.

PUNCH Hydrocells, a newly born company around hydrogen applications, just announced the joint-development in Torino of a Hydrogen V8 6.6 liter engine based on GM’s Duramax V8 to be used for boats, among others.

In May, Dumarey announced that Punch would develop and produce e-axles for electric vehicles in Strasbourg (France) together with Italian global automotive supplier Marelli. In Strasbourg, Dumarey made another successful automotive takeover, creating PUNCH Powerglide out of the former transmission branch of GM in France.

Dumarey’s first successful automotive takeover was the creation of Punch Powertrain, a specialist in CVT transmissions and hybrid propulsion systems, out of the former DAF transmission factory in Sint-Truiden (Belgium), later owned by Volvo and ZF Getriebe, respectively. Dumarey sold Punch Powertrain in 2016 to the Chinese Yinyi Group.

Nissan came to Spain in 1980. The main factory is located in Barcelona’s Zona Franca, two other plants in Sant Andreu de la Barca and Montcada i Reixac. The site was the main production site for its pickup Navara for the European market.

It also built the Mercedes-Benz X-Class (W470) pickup, based on the Navara’s chassis using Mercedes engines and the Renault-version of Navarra, the Alaskan built alongside in the same factories. The Renault-Nissan alliance jointly developed the pickup platform.

When Daimler decided to pull out of the pickup business, the Nissan factory in Spain lost 57% of its production, falling back by 2020 to a mere 20% of its total production capacity.

In May 2020, Nissan announced its intention to close the factories as investments needed to make it competitive again were assumed too heavy. Under pressure by fierce union protests, Nissan decided to postpone the closure by one year to December 2021. 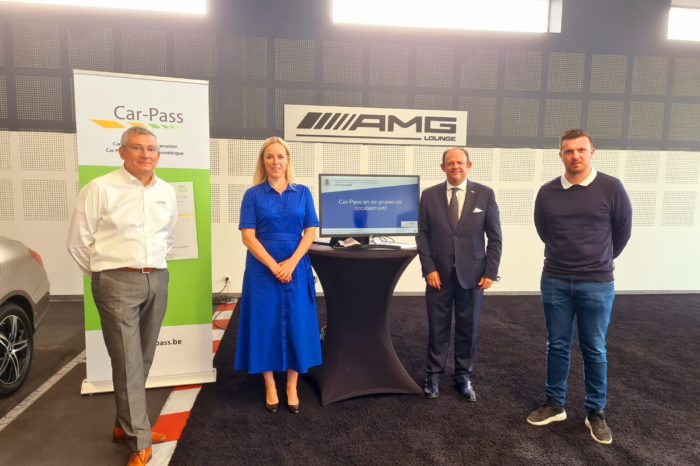 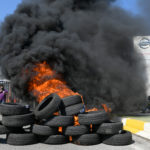