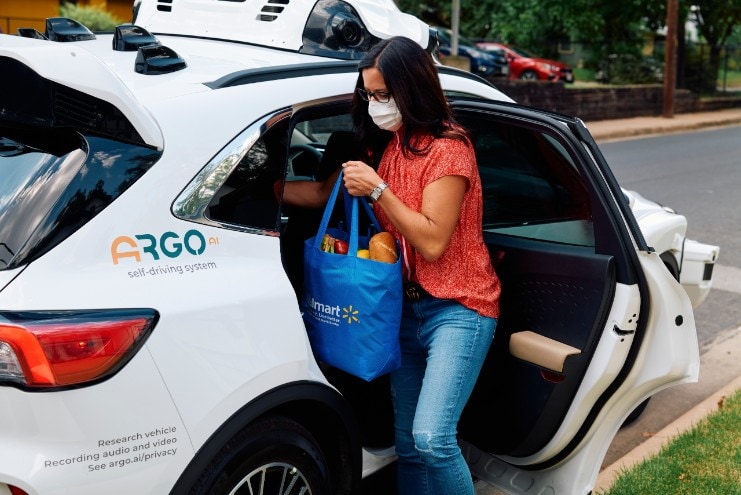 Ford is using its Escape Hybrid, a five-seater SUV equipped with Argo AI self-driving technology in the front seat and the groceries on the back seat /Ford

Ford Motor Company is setting up with Walmart, America’s biggest grocer, a pilot for self-driving delivery service in Austin (Texas), Miami (Florida), and Washington DC. A small fleet of Ford Escape Hybrids with Argo AI self-driving technology will bring groceries to the doorstep in a well-defined geo-fenced area.

The delivery service is part of Walmart+, the grocer’s membership program that, for a fee of €99 per year, offers free unlimited grocery deliveries to the home for orders of $35 or more. So it’s a kind of counterpart to the Amazon Prime membership.

Backed by Ford and Volkswagen

Argo AI is an American start-up headquartered in Pittsburgh, Pennsylvania. It was co-founded in 2016 by Bryan Salesky and Peter Rander, two veterans who worked on autonomous driving programs for Google and Uber. Volkswagen and Ford backed them up. The latter took a stake in the start-up in 2016. Volkswagen invested $2,6 billion in June last year.

VW’s investment is part of a broader alliance between the German brand and Ford. The two manufacturers jointly develop vans and electric vehicles. They will each build their own autonomous cars but use the same technology they developed through Argo AI.

Argo is currently testing autonomous vehicles on public roads in Miami, Austin, Washington D.C., and some cities in Pennsylvania, Michigan, and California. The fleets of Ford Escape Hybrids will be on the streets by the end of this year.

Earlier, Ford and Argo AI announced they would deploy a fleet of 1 000 self-driving vehicles on Lyft’s ride-hailing network in several US cities, starting again with Austin and Miami by the end of this year.

Ford and Walmart worked already together earlier, in Miami-Dade County, in a pilot using ‘simulated autonomous vehicles’ – not the real thing yet – for grocery deliveries merely to study how people would deal with future self-driving delivery services.

On the other hand, Walmart is involved at the same time with self-driving delivery pilots with General Motors’ Cruise and another Californian start-up, Gatik AI. The latter focusing on B2B solutions for autonomous middle mile delivery with light to medium-duty trucks. 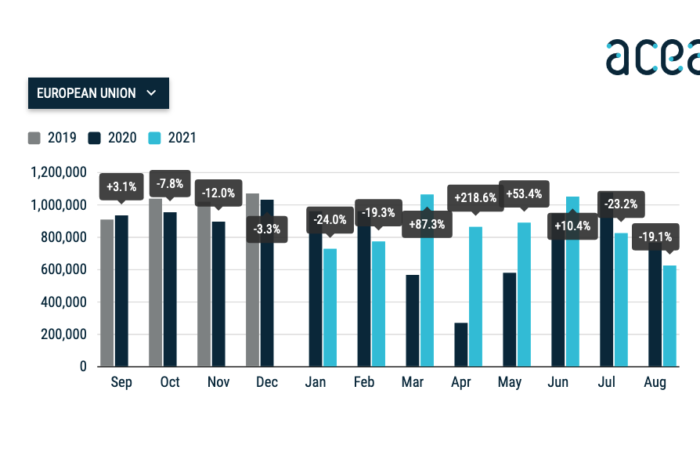 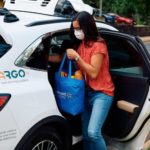