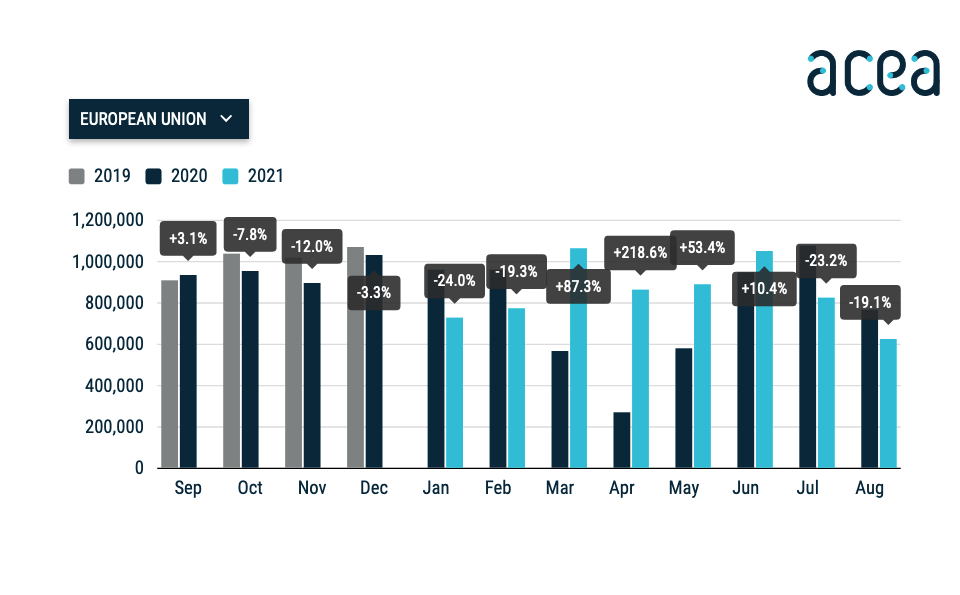 Passenger car registrations in the EU went up 11,2% for the first eight months, but July and August were very slow /ACEA

According to the European car manufacturers association, ACEA car sales figures for July and August are almost one-fifth lower than last year. But thanks to a very positive first half of the year, the total European market still went up by 11,2%.

One also has to consider that comparisons are made with 2020, the year of the pandemic outbreak.

The sales of this summer month in Europe have been declining since 2018, the record year with sales of more than one million cars in August alone.

Over the first eight months of 2021, sales volume saw a year-on-year increase of 11.2%, counting 6,8 million new passenger cars in total. Despite the weak performance of EU markets during the summer months, substantial gains earlier in the year kept cumulative growth in positive territory.

The most significant losers were all Japanese: Mitsubishi sold 31,7% less, Honda 8,9%, and Nissan limited the damage to 5,2%. Ford of Europe also sold 4,5% fewer cars in the first eight months. 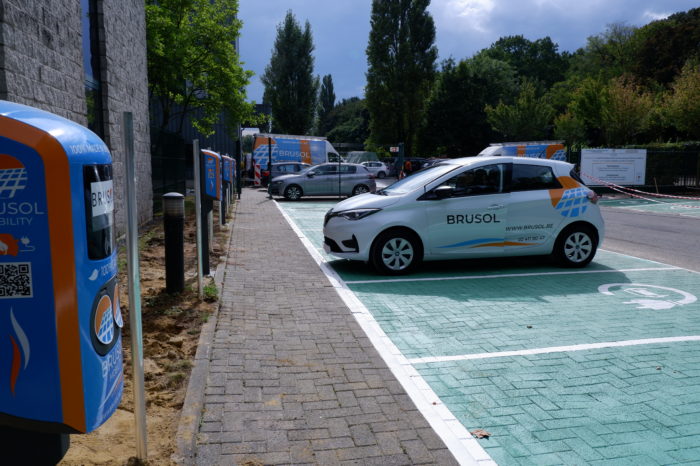 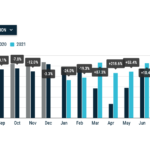