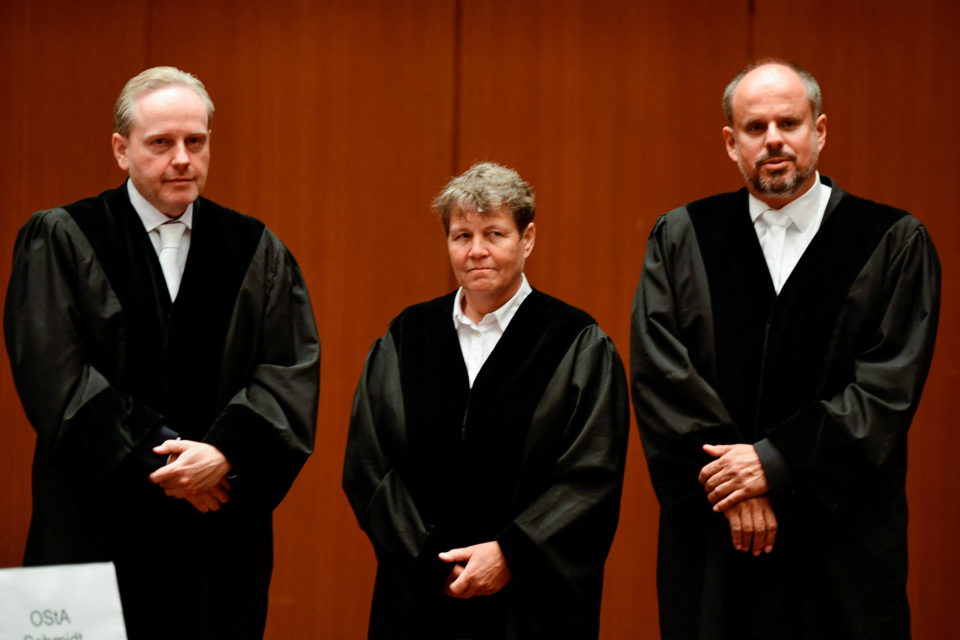 Prosecutors (L-R) Andre Schmidt, Elke Hoppenworth and Daniel Facca attend the start of a trial against four former Volkswagen executives, charged with misconduct over their role in the carmaker’s manipulation of diesel emissions testing, in Braunschweig, northern Germany, on September 16, 2021. – The defendants stand accused of organised commercial fraud and tax evasion in relation to the “dieselgate” scandal which rocked the global car industry in September 2015, when Volkswagen admitted tampering with millions of diesel vehicles to dupe pollution tests. (Photo by FABIAN BIMMER / POOL / AFP)

It’s been six years now since Dieselgate shook up the entire auto world. Yesterday, the trial in Braunschweig (Germany) began against 4 VW managers held responsible for the fraud. The trial of former top manager Wintekorn has, once again, been postponed. The trial against former Audi boss Rupert Stadler is being continued; it started one year ago.

The accusations against the four VW managers aren’t light: “organized commercial fraud (ganging)” and “aggravated tax evasion”. However, the process against their boss, former VW Group CEO Martin Winterkorn, has been postponed. The 74-year-old top manager has been in hospital lately with hip problems. The court hasn’t clarified when his trial will start.

Mr. Winterkorn also has to appear before a Berlin court because he made some false statements before a parliamentary investigating committee. In this case, he is accused of perjury.

Who knew what when?

The whole scandal and the possible jurisdictional consequences are turning around these questions. Which people knew what was really happening (or were making it happen), and from what moment on did they know about it and try to conceal it.

The trial that started yesterday is accusing VW engineers. First of all, Heinz-Jakob Neusser, at the time responsible for engine development and former technical director at VW. The three other engineers appearing for court are Jens H, Hanno J., and Thorsten D, all three at responsible managing levels in developing technical solutions for emission treatment.

In total, more than  30 engineers and responsible managers are under investigation by German jurisdiction. When and if clear conclusions and jurisdiction will follow is still a question remaining. It is apparently far from easy to establish the true responsibility of the key players. There seems to be no real ‘smoking gun’.

Different jurisdictional actions have been started all over the world since the scandal broke out. In the States, where it all began, a former engineer and top manager of VW America have already appeared before the court and convicted to prison sentences.

Meanwhile, the VW Group has already paid some 30 billion euros in fines and indemnities worldwide, mostly in the US. Several jurisdictional (group) actions of deluded clients are still proceeding in a lot of countries. Investors, for example, are still claiming € 9 billion of indemnities because they have been misled.

The whole scandal isn’t over yet. The current VW management (some of them were already at the helm 6 years ago) is now frenetically trying to turn the page and is investing huge money in electrification. The quest of the VW Group is now to let Dieselgate finally behind it and become one of the major players in a new electrified car landscape.

In 2014 (and probably the years before) the R&D within the Volkswagen Group (probably with the help of supplier Bosch) developed software that could detect whether a car was undergoing emission tests.

At that moment, all emission cleaning devices were activated, but they were mostly disengaged when the cars were running on normal roads, emitting 15 to 40 times more toxic gases than officially stated. The problem was that permanently working exhaust cleaning systems were damaging the (internal combustion) engines at the time.

It is commonly known that the engineers asked their bosses what to do. Not to install the fraud software but increase cleaning devices, for example, like AdBlue? Finally, the management decided not to install additional cleaning because of the cost. The question is now who decided what, when the others knew and didn’t react, and who proceeded to implement the software. 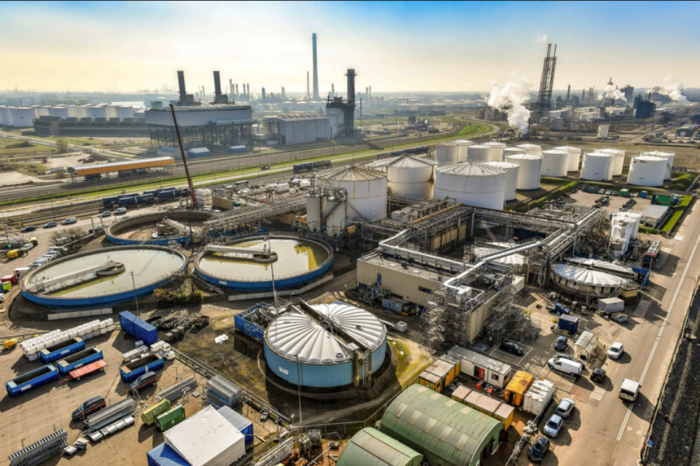 Shell to build large production unit for biofuels in Rotterdam 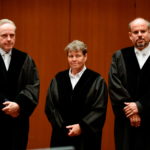