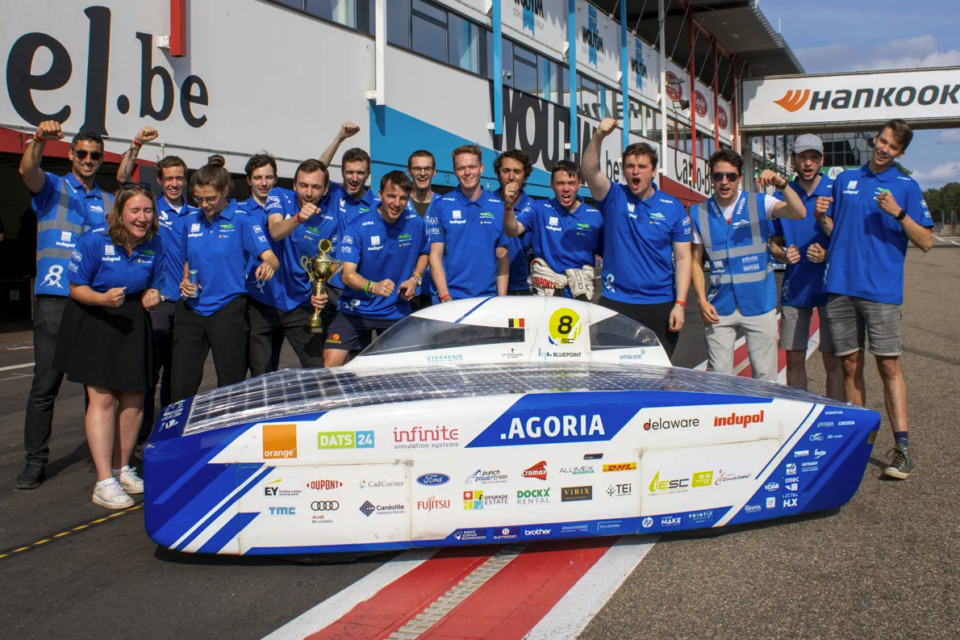 The Agoria Solar Team with 20 engineering students of KU Leuven, got their second European titel in the iLumen European Solar Challenge driven this weekend on racetrack of Zolder, Belgium /Agoria Solar Team

The Belgian students of the Agoria Solar Team have claimed their second consecutive victory in the iLumen European Solar Challenge (iESC), a 24-hour endurance race for solar cars on the racetrack of Zolder, Belgium. During the Challenge, each team can make a maximum of two stops for charging to survive the night. Since 2018, teams have been allowed to participate with two solar cars.

It was the second European title for the Belgian team, after becoming World Champion, in a race with nine solar cars from European university teams, coming from The Netherlands, Germany, Sweden, Romania, and Turkey.

This 7th edition of the iESC was planned originally for 2022, but because the Bridgestone World Solar Challenge in Australia had to be canceled this year due to the corona pandemic, an extra edition in Belgium was organized.

The winning car is the BluePoint, the eighth Belgian solar car built by the Agoria team in 2018-2019 that already finished first in the 2019 Bridgestone World Solar Challenge, and the 2020 iLumen European Solar Challenge. The second car of the Agoria Team, the older Punch 2 from 2017, finished fifth.

The four-wheel steering car weighs 135 kg without the driver, has 2,64 m² of Azurspace multi-junction solar cells, a 5 300 Wh battery that weighs 20 kg itself, and can cover 600 km without sun. The body is made of TEI carbon fiber, reinforced with Dupont Kevlar fibers, and uses a Mitsuba in-wheel direct-drive motor. The top speed is 130 km/hour.

Thanks to the strategic decision to stop only once for charging at night, the Belgian team finished with the most laps (346 in 24 hours) or 1 314 km driven, leaving the Dutch team of Twente behind in the neck-and-neck race. The team had to work through the night earlier to get the car repaired after it got damaged in a maneuver during testing the day before.

The next challenge for the Belgian winning team will be the Solar Challenge Morocco that runs from October 25th to 29th, a five-day event with five different stages. The race will be held on city roads, on Atlas mountain and Sahara desert roads, over a total distance of 2 500 km with the start and finish in Agadir.

For this race, the team built a new car, the BluePoint Atlas, a three-wheeler with a pointed nose shape ‘bullet design’ to minimize air resistance during driving. One wheel less also means less friction with the ground.

This car is five meters long, has 4m² of square-cut silicon solar cells, and uses a self-designed electric motor with, according to the students, ‘record-breaking efficiency’. They’re talking about peak efficiency of 98%, while a Tesla features 94% of efficiency, they say. A classic car with an internal combustion engine (ICE) only gets at 50% efficiency.

The solar panels count 292 silicon cells, capable of delivering almost 1 000 watts of power. This BluePoint Atlas has an autonomy of 700 km and can reach a top speed of 150 km/hour. 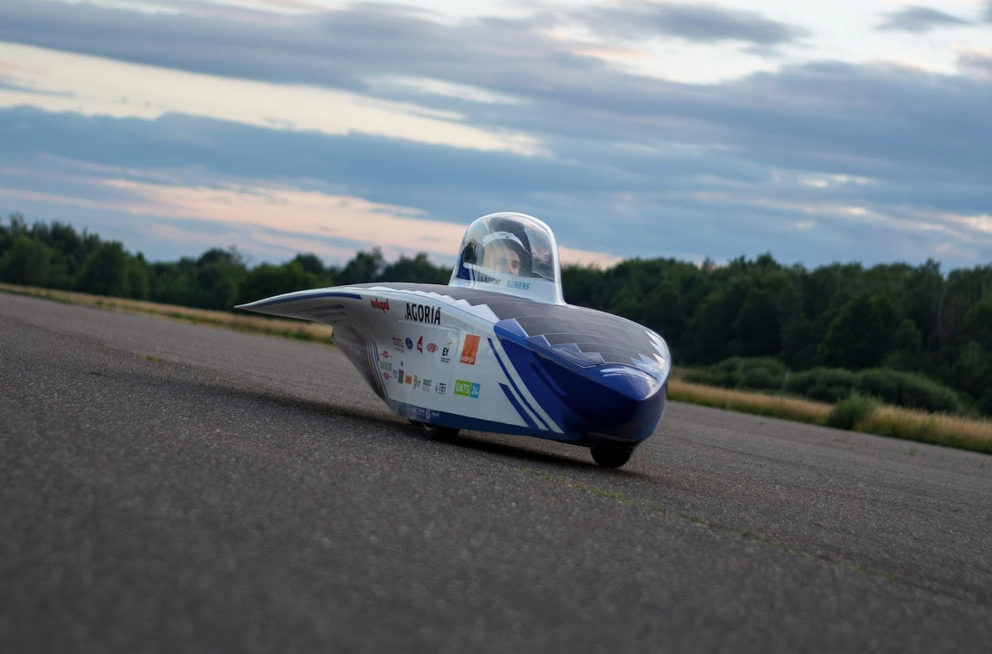 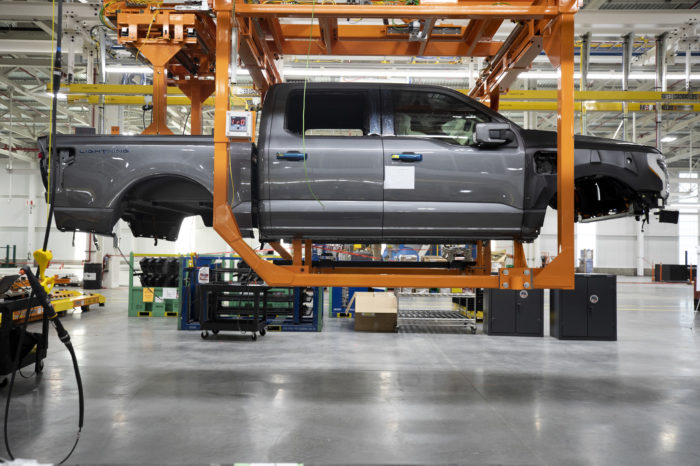 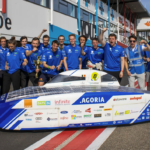