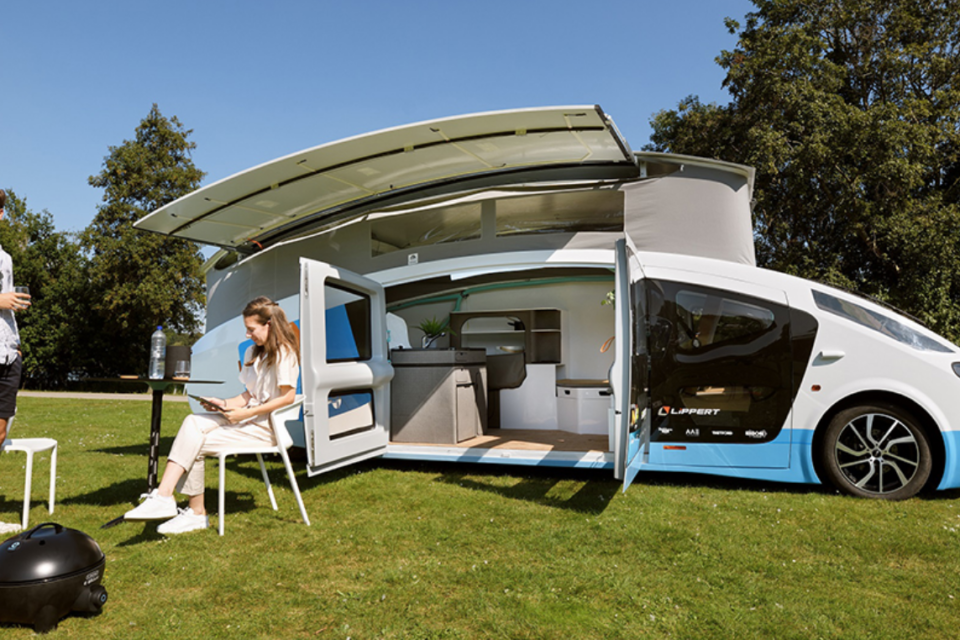 The first solar powered motorhome has seen the light, a product of the ideas of 22 students of TU Eindhoven /Solar Team Eindhoven

A group of 22 coeds working under Solar Team Eindhoven has just unveiled Stella Vita, the world’s first entirely solar-powered camper. The vehicle features a pop-up and slide-out roof lined with solar panels that the students claim to produce enough electricity to travel over 725 km in a single day.

After producing Stella Vie, Era, and Lux, the team began looking for future projects and came up with the idea of a home-like vehicle powered entirely by the sun. In March, the students started constructing a tear-shaped solar mobile home, and they recently completed the project.

The Stella Vita is called a self-sustaining ‘house on wheels’ by the building team. It features a teardrop design with a pronounced sloping back-end. The long roof provides plenty of surface area for solar panels.

To further maximize this solar panel space, there are two partitions just below the roofline that slide out on both sides of the vehicle, at stand-still, of course. They are doubling the amount of solar panel area to 17,5 m2.

The roof also pops up, increasing the interior space of the camper. Inside, you’ll find a small cooking area and fridge, both of which run on solar power, as well as a toilet, a couch, and a full-size bed with room for two adults.

Although there are no details yet about the camper’s battery pack or powertrain, Solar Team Eindhoven says the camper’s solar setup will produce enough energy to travel up to 725 km on a sunny day if appliance use is kept to a minimum.

The vehicle’s infotainment system informs drivers of their energy consumption to make decisions about their usage. “You have to choose how you use your energy. You don’t have endless energy,” Tijn Ter Horst, a member of the team and a mechanical engineering student at the university, points out, talking to Ars Technica.

It will take between two and three days for the mobile home to fully recharge, though, so it’s best suited for leisurely trips where you can schedule stops of a few days or more.

Maiden trip to the south of Spain

This month, Solar Team Eindhoven is driving on a long road trip to show what Stella Vita can do. Normally, they started from Eindhoven last Sunday, September 19, and will drive to Punta de Tarifa, the southernmost tip of Spain.

The total distance is 2 500 km, so it’ll be a good test of the camper’s capabilities. How long the journey will take is, of course, strongly depending on the hours of sun recorded. But the battery can also be filled up at electric vehicle charging stations if it’s particularly cloudy.

The trip is planned to take around four weeks because the team members will also present their pride at various events and universities along the way.

According to Ter Horst, the vehicle could theoretically reach the market in five years, though the team did not produce the prototype with the goal of mass production.

Other cars are trying to make headway in this area, such as the Lightyear. Of course, a solar-powered car might look different from the vehicles people are accustomed to, but the team hopes they will catch on anyway.

“They look a little bit strange. They tend to appear like droplets or something. We have the technology to make these kinds of automobiles right now, but consumers will need to warm up to the idea,” Ter Horst concludes. 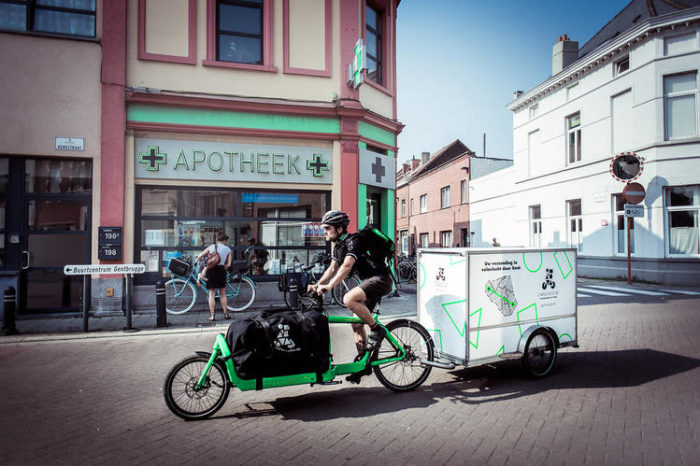 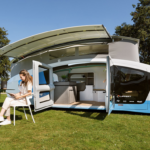