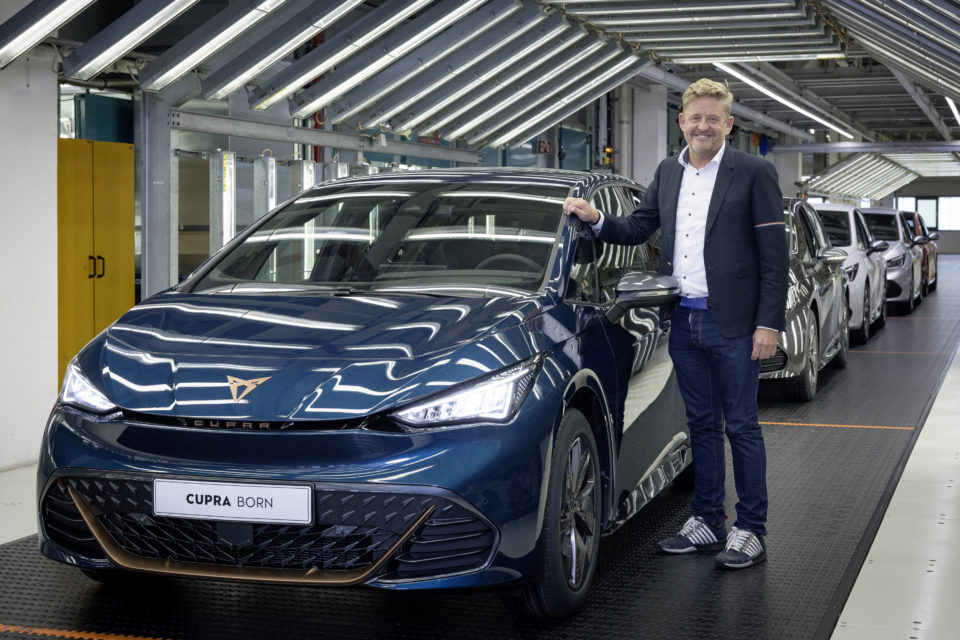 With the first Born leaving the factory in Zwickau, flanked by the brand’s CEO Wayne Griffiths, Cupra is entering a new phase, which will eventually lead up to the brand becoming all-electric by 2030 /Cupra

Europe’s largest EV factory has started assembling its fifth model based on Volkswagen’s MEB architecture: the Cupra Born. Under the presence of Wayne Griffiths, CEO of Cupra and Seat, the first vehicle rolled off the assembly line in Volkswagen’s Zwickau plant on Tuesday.

The other models built at the factory are the Volkswagen ID.3, ID.4, the Audi Q4 e-tron, and its Sportback version.

The Born is a key model for Volkswagen’s Spanish branch. It strategically dropped the originally attached family name Seat in favor of the Cupra badge. Griffiths added that the compact electric car is expected to push Cupra’s share in the sales mix to 20%. It will also introduce the brand in new markets.

Seat has sent a group of engineers to the German factory for close monitoring of the assembly process. As a result, they are building up valuable expertise, later to be used to get EV production started at the Spanish factory in Martorell.

That plant will become responsible for a yearly output of  500 000 electric vehicles within the group. By 2030, every Cupra will be fully electric.

Technically, Cupra’s first EV is a twin version of the Volkswagen ID.3, sharing the same battery options and output versions. However, the model will be positioned slightly higher than its German counterpart, focusing on sportiness.

As an example, the Born gets an e-Boost function, increasing power by 20 kW. Also expected is a new base version, with a battery of 45 kWh, which will also be available on the ID.3.

For the commercialization of its EV range, the Volkswagen Group is switching to an agency sales model, basically an online sales platform. So when the Cupra Born hits markets in November, it will be no exception to that rule.

Wayne Griffiths, president of Cupra and Seat: “Cupra will use unconventional sales models to reach new people and take the Cupra brand beyond the traditional.” More precisely, the Born will additionally be offered through a subscription contract.

Customers can drive the car and use supplementary services for an all-inclusive monthly fee (apart from electricity). Volkswagen has already started this mobility service in Germany under the name AutoAbo. 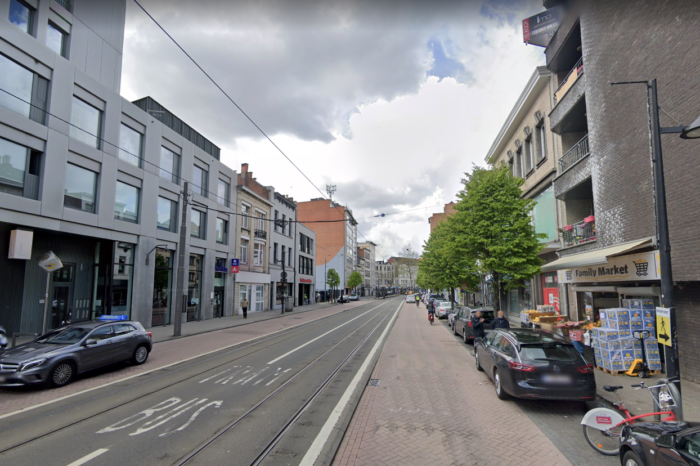 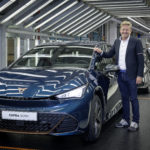