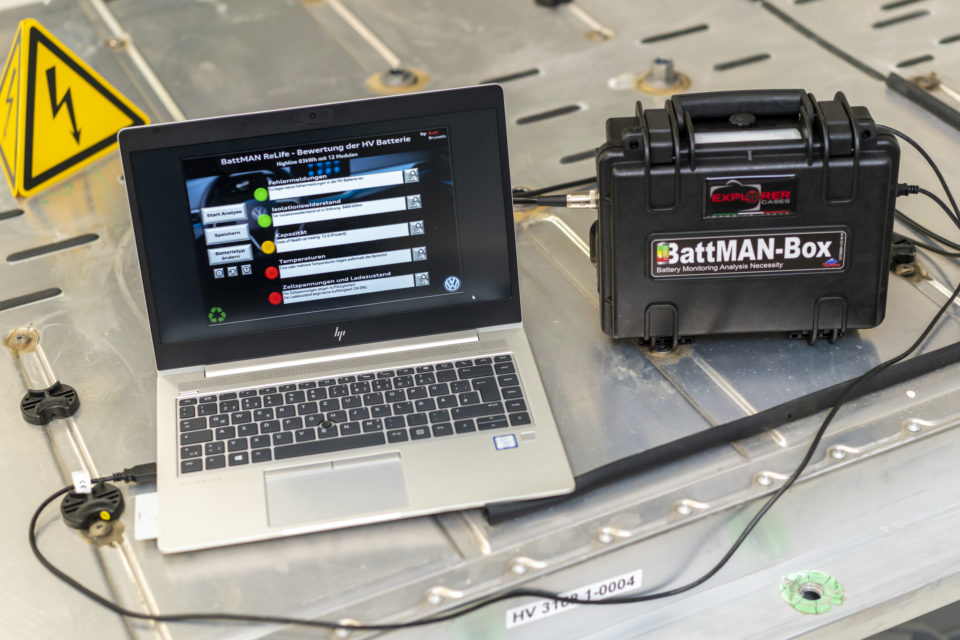 What to do with it when an EV’s battery comes to the end of its life cycle in the car? Give it a second life as a stationary battery to store electricity, use it in a smaller size in another vehicle, or recycle it? Audi Brussels developed BattMAN ReLife, a ‘health’ and software kit that can check and decide in minutes.

It was further developed by recycling experts at VW Group’s Components division before the opening of the pilot plant for battery recycling in Salzgitter and is now in use as a diagnostics tool for several brands of the group.

After analysis, there are three options. Remanufacturing means the battery could be repaired by replacing damaged cells when it’s still in reasonable to good health.

The second option is to give it a second life using it as a backup stationary battery for fast chargers or emergency power systems (UPS), for mobile charging robots, like Volkswagen’s prototype showed last year, or other vehicles like forklift trucks.

The third option is more of a ‘reincarnation’ type, by recycling all basic materials from dead cells. In a plant like VW’s pilot project in Salzgitter, a mechanical process dismantles these cells in its components like aluminum, copper, plastics, and ‘black powder’.

This ‘black powder’, says Audi Brussels in a press release, contains the valuable battery components lithium, nickel, manganese, cobalt, and graphite, which are separated by specialized partners using hydrometallurgical means before being processed again into a cathode material.

Frank Blome, Head of Battery Cell and System at Volkswagen Group Components, says: “We know that recycled battery materials are just as effective as new ones. These recycled materials will be used to supply our cell production activities in the future.”

Meanwhile, Audi had to initiate a recall of some 2 303 e-trons, manufactured at the Brussels plant due to possible brake booster failure, also affecting the ABs and ESP. Apparently, some parts of the electromechanical brake booster could corrode because the supplier didn’t clean them properly beforehand.

Just a few weeks before, Audi had to recall 1 728 e-tron GTs because a software failure could cause a car to stop running while driving. According to Auto Motor und Sport magazine, an Audi spokesperson added that it only takes about 90 seconds to come to a complete standstill from driving at 150 km/hour on the highway. 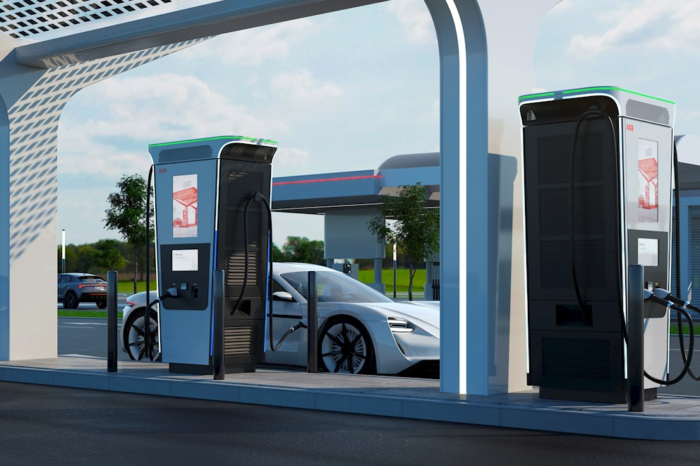 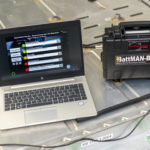