Chinese Great Wall Motor is starting talks with Nissan to take over its biggest factory in Zona Franca, Barcelona /Nissan

Nissan has started talks with possible buyers for its plants in Barcelona, Spain. Apparently, Belgian entrepreneur Guido Dumarey and his Punch Motive Group are not at the table among the ‘preferred negotiations’. Chinese Great Wall Motors is.

The latter is interested in the biggest of the three plants in Barcelona. The two other sites could be something for Spanish electric scooter manufacturer Silence and QEV Technologies. The latter is a Spanish engineering company that would join forces with Swedish Volta Trucks and another Swedish truck maker, Inzile, to set up a ‘technology hub’.

A few weeks ago, the Punch Motive Group, owned by the Belgian Dumarey family, had placed an official bid to take over Nissan’s three Catalan factories to build a clone version of the Navara with hydrogen propulsion by 2024.

Punch said it will invest €650 million to one billion in the next six years for manufacturing 46 100 hydrogen, electric, and diesel vehicles by 2025 and 75 600 by 2030 with most of the existing Nissan staff and its local suppliers.

Best proposal on the table?

The Belgian entrepreneur’s offer is one of seven laying on the table for the Nissan site that is to close end of this year, one year later than announced at first. A former Nissan executive, Andy Palmer, is leading the bid for Dumarey.

He told the Spanish media he is convinced to have the best project for the brownfield site of Nissan Motor Iberica. “We have a proposal that largely employs the people that exist, largely uses the supply network, uses all three production plants, and uses all of the production capacity. We think that is the right answer,” he told CatalanNews.

By 2023, Punch wants to develop a clone of the Nissan Navara under its own brand with a hydrogen combustion engine, built alongside Euro 6d and Euro 7 diesel-powered versions. Besides the hydrogen pickup, Dumarey sees opportunities to produce an electric version based on the Nissan e-NV200 for specific niche segments, like taxis.

So far, Nissan said the talks are non-exclusive, and no project has been officially declined. However, it is up to the ‘Nissan Reindustrialization Commission’ with representatives of the Nissan workers and management and Spanish public administrations to decide.

According to a Nissan Spain press release, that commission “decided by consensus to initiate a preferential negotiation phase with the vehicle manufacturer Great Wall Motor Company Limited (GWM), and also with QEV Technologies – the company that leads the electromobility hub project – and the Silence company.”

It further says the commission will establish the basis of the negotiation framework with the companies mentioned above, which must be closed at the end of the month. 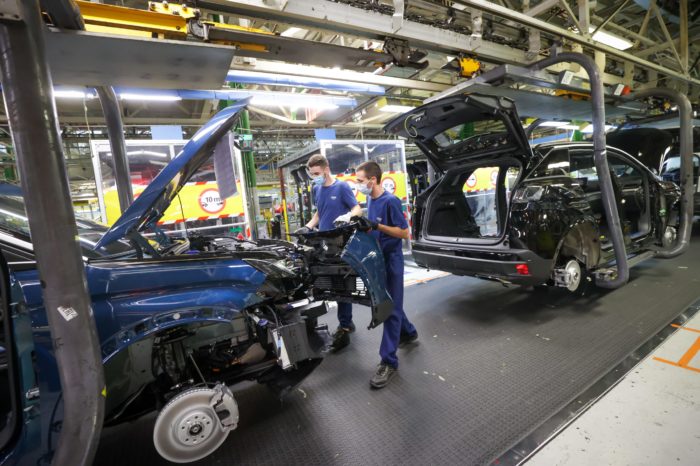