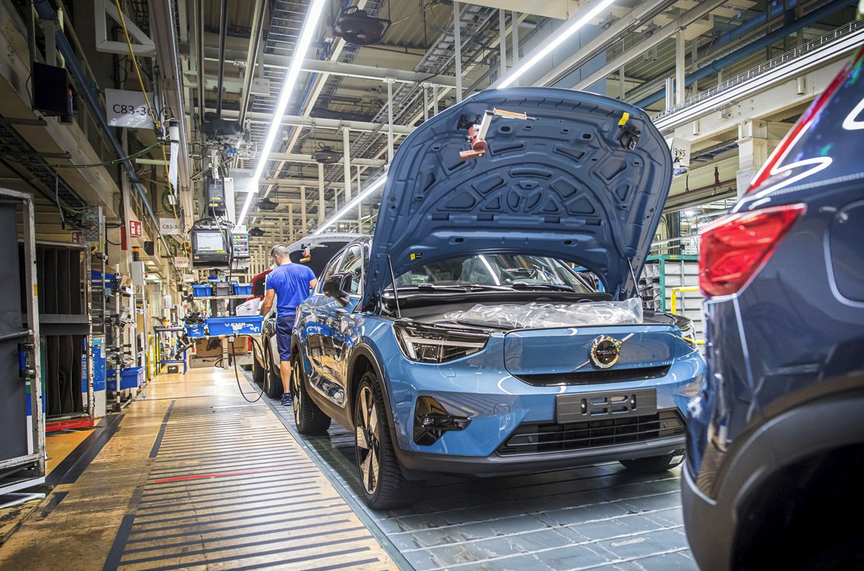 The C40 Recharge is built alongside its sibling, the XC40 on the assembly lines of Volvo Car Gent /Volvo

On Thursday, Volvo Car Gent started producing Volvo’s second fully electric model, the C40 Recharge. The latter is a more streamlined crossover version of the XC40 Recharge that’s already built in Ghent. This one gets a 78 kWh battery, assumed to be enough for a 420-440 km range (WLTP).

Volvo invited Belgian Prime Minister Alexander De Croo (Open VLD) to drive the first production model of the assembly line in Ghent on Thursday. Volvo Car Gent will speed up the production of its electric cars to 135 000 per year. By 2025 Volvo expects EVs to be 50% of all Volvos sold, with the brand becoming fully electric by 2030.

Volvo has introduced the C40 Recharge as a spin-off of the Volvo XC40 Recharge in early March. Both vehicles use the same drive system of the CMA platform (Compact Modular Architecture), with 300 kW power and a 78 kWh battery pack. All Wheel Drive (AWD) with twin motors is standard.

Volvo has given the C40 some independent elements on the body, for example, on the headlights or the rear doors. This is why the C40 Recharge is listed as a separate model and not as the XC40 Recharge Coupé.

In June, Volvo opened the order books for the C40 Recharge in the Netherlands, Norway, Sweden, and the UK. Now the C40 Recharge is also available in Belgium online via https://www.volvocars.com starting at €60 150, VAT included.

The new C40 Recharge will be the first of the Volvo electric line-up to be sold exclusively online. All the other EVs from the Swedish manufacturer will follow. To tackle complexity (also in orders and deliveries), the specs of the new car will be limited to a few (most popular) trim versions. That includes a semi-automatic foldable towing hook, winter tires, a wallbox, and a 16A three-phase charging cable 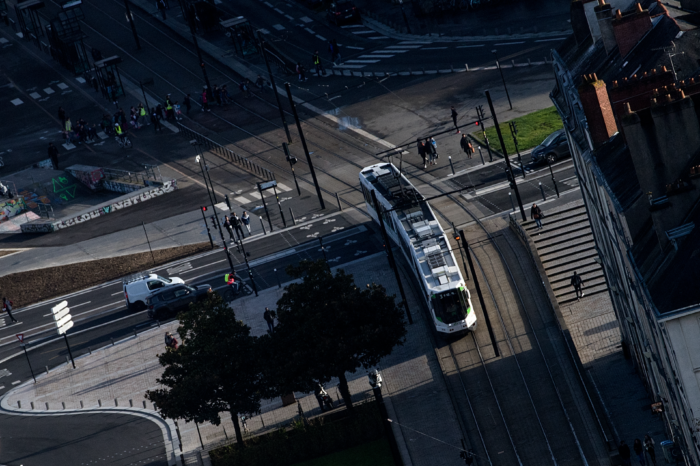 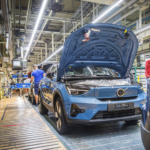