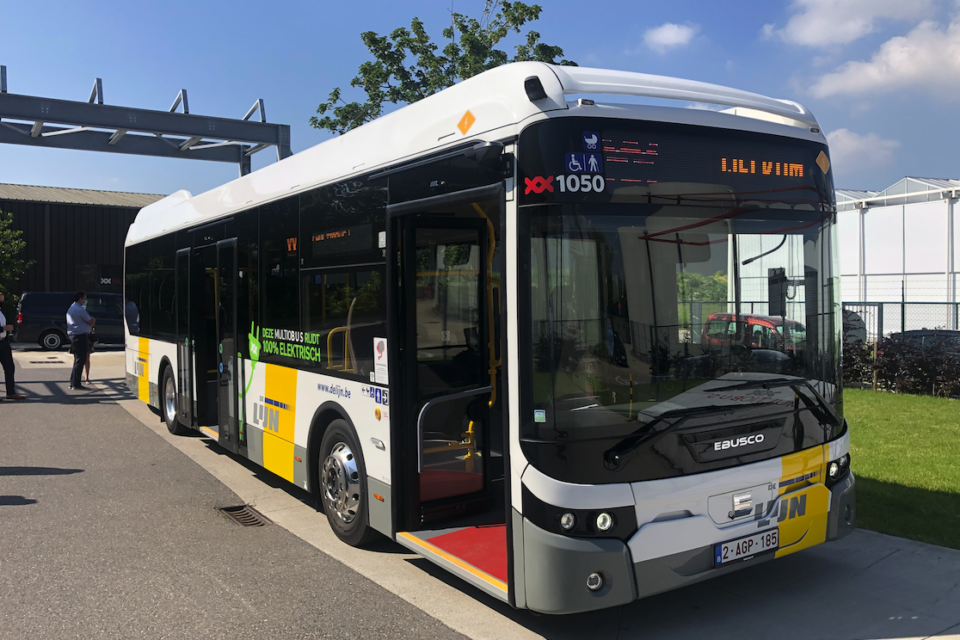 Belgian entrepreneur Marc Coucke will invest in Dutch electric bus manufacturer Ebusco, which wants to raise €300 million by going public on the Amsterdam stock exchange. The news was broken on Thursday by several financial media. Ebusco, based in Deurne (Netherlands), has delivered 346 e-buses to seven EU countries so far, including Belgium.

Multiobus in Tienen, a group of private bus companies that joined forces some years ago scaling up to prepare for the future, actually will run a fleet of twelve fully electric Ebusco city buses as a subcontractor for De Lijn.

For Ebusco’s IPO, only institutional investors are invited. Coucke is a Belgian millionaire who, after selling his company Omega Pharma, invested through his investment company Alychlo in several sectors, like real estate, construction, pharma, technology, food industry, tourism, and entertainment.

His investments in the Pairi Daisa Zoo, SnowWorld, and tourist hotspot Durbuy in Belgium are most known. He is also a major shareholder and chairman of Belgian football club RSC Anderlecht.

Ebusco was founded in 2012 by former rally pilot and current CEO and majority shareholder Peter Bijveld. Other investors are ING Corporate Investments (25%) and Van der Valk Investments (30%). The latter is no coincidence, as Bijveld is married to one of the daughters of Gerrit van der Valk, the man who made the Dutch Van der Valk hotel imperium what it is today.

The Dutch electric bus maker currently employs 214 people and will have King Willem Alexander of the Netherlands open a new production hall in Deurne on October 28th. Following year, production capacity is to be beefed up to 500 buses a year. Besides Deurne, Ebusco also has a production capacity in China. It also provides charging and stationary battery solutions together with partners.

Currently, the young Dutch company has delivered 346 e-buses for public transport in cities like Amsterdam, Utrecht, Dordrecht, Frankfurt, and München. But also for Tienen in Belgium. After a two-year pilot with two e-buses from the relatively small Dutch manufacturer Ebusco, the Multiobus in Tienen commissioned another ten fully electric buses in June 2021.

The Ebusco 2.2, a 12-meter long city bus for 90 passengers, has a standard 350 kWh battery pack that could be upgraded to 400 kWh. The standard pack showed in tests to be sufficient for the e-buses to run all day on one charge with an average range of 300 km. Consumption is on average 0,7 kWh /km. The newest long-range bus from Ebusco should have a range of 575 km.

Apart from air conditioning, electric heating, and heat pump, the buses are equipped with USB ports at all seats and free wifi for the passengers. A feature that school children will much appreciate. A luxury you will hardly find today on public transport buses in Flanders.

For safety, all seats are equipped with three-point seat belts. Another feature is the rear-view mirrors replaced by cameras and screens for the driver, which give a better sight in all weather conditions and at dark and should help avoid so-called ‘blind spot accidents’.

In Tienen, the buses are charged at the depot overnight with a slow ccs-connection on Heliox charging infrastructure but will be able to fast-charge soon with an inverted pantograph too. The electricity is mainly produced during the day by 800 photovoltaic panels on the depot’s roof and stored in a Tesla stationary battery of 3 MWh capacity on-site. 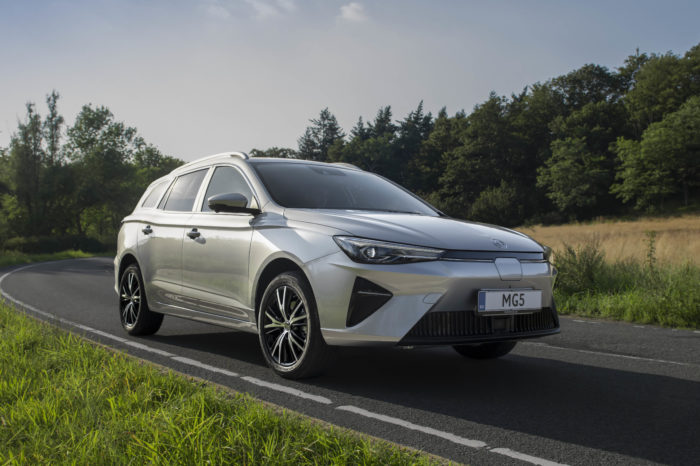 This is how MG's tripled line-up takes stage 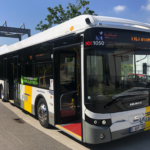