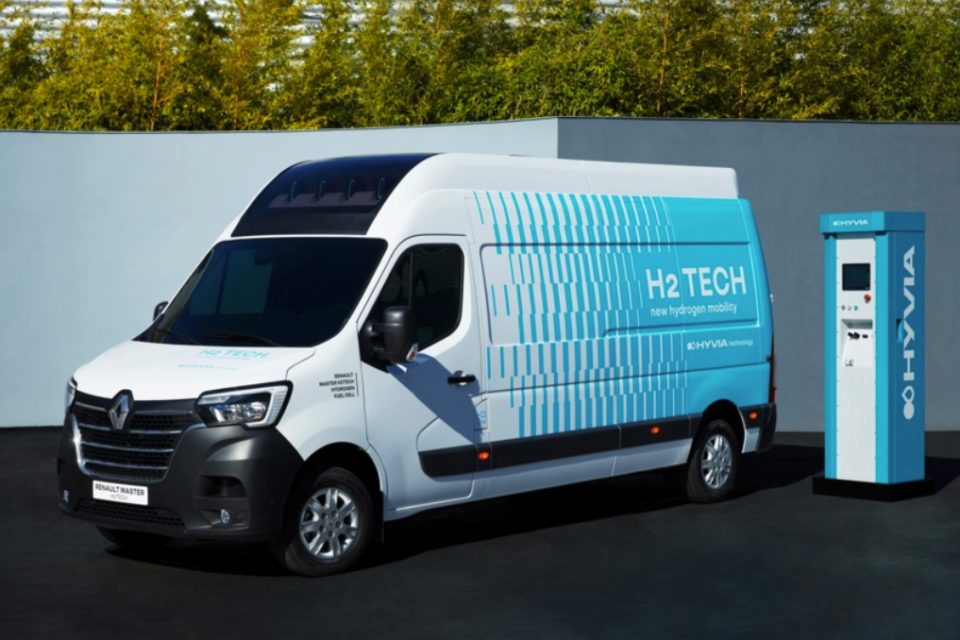 The Renault Master H2-Tech gets a 30 kW fuel cell, a 33 kWh battery and six kilogram of compressed hydrogen in four tanks, promising a rang of 500 km. Hyvia also delivers the fueling stations /Renault

HYVIA, the joint venture between Renault and Plug Power, has unveiled its first prototypes of the Renault Master van on hydrogen. The latter, due for delivery in 2022, will have a range of approximately 500 km.

The Renault Master H2-Tech gets a 30 kW fuel cell, a 33 kWh battery, and four tanks of 1,5 kg hydrogen, for a total of six. Hyvia also delivers the fueling station to be purchased or leased for filling up the hydrogen van in five minutes.

In June, the French Renault Group has finalized its intended 50/50 joint venture with American fuel cell developer Plug Power to capture a 30% share of the EU market of hydrogen-driven light commercial vehicles (LCVs).

The JV was baptized ‘HYVIA’ with the HY standing for hydrogen and VIA, the Latin word for the road. The partners believe “hydrogen mobility is particularly meaningful for Light Commercial Vehicles (LCV), perfect for extending autonomy for high loads and intensive use.”

The Renault Master unveiled on Wednesday has 12 cubic meters of cargo volume and a range of up to 500 km. The van itself is produced at Renault’s Batilly plant. This assembly factory produces the Master in over 350 versions.

The fuel cells will be sourced by the end of the year from the Flins plant, the first Renault factory to become a site entirely dedicated to the circular economy and nicknamed Re-Factory. The hydrogen tanks get the stamp of specialized French supplier Faurecia.

On Tuesday, the latter just announced a partnership with French Air Liquide to produce tanks for liquid hydrogen for heavy trucks. Liquid hydrogen (LH2) has a far better energy density than gaseous hydrogen, requiring less bulky tanks to store it and able to double a truck’s range.

The other side of the coin is it requires the hydrogen to be kept at -253°C, with a sophisticated cooling system. But this technique is already relatively common in storage for industrial purposes and hydrogen tank stations.

Hyvia works with gaseous hydrogen for its vans that can be generated on-site with electrolysis – preferable with electricity from sustainable energy sources – or delivered by gaseous tube trailers. The Hyvia Hydrogen Refueling Station compresses the hydrogen at 700 bar, to be used by the vans.

Next on the planning is to develop a range of fuel cell-powered light commercial vehicles (Van, Chassis Cab, and Citybus), complementary to battery electric vehicles, the press release states. First to follow is the Master Chassis Cab H2-Tech, a larger van with 19m3 cargo space and a range of about 250 km. Next will be the Master Citybus H2-TECH, an urban minibus that can carry up to 15 passengers. 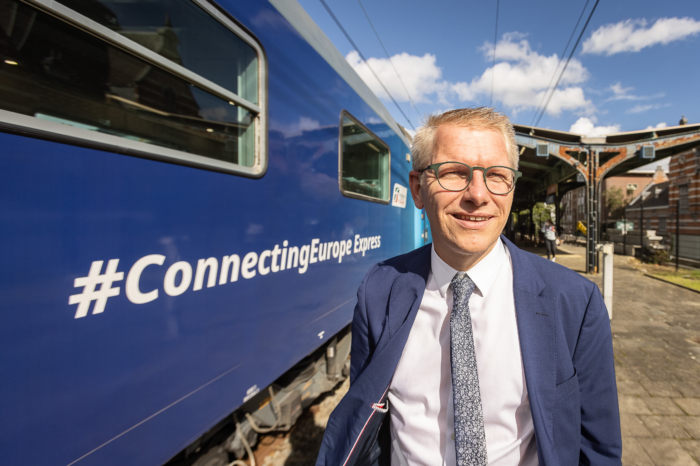 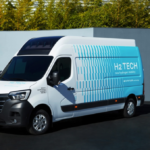