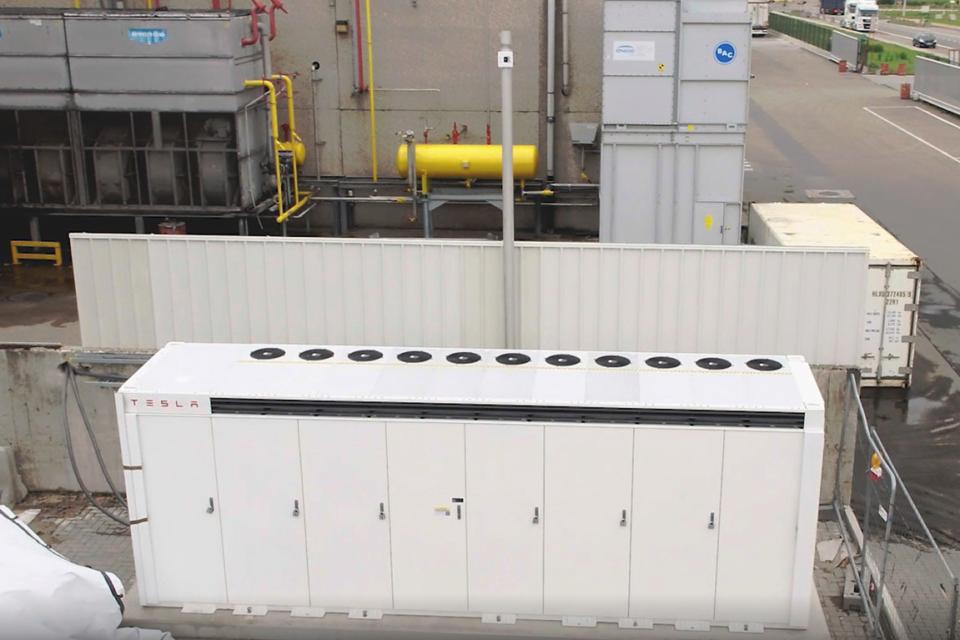 The Tesla Megapack stationary storage battery installed at the Luik Natie sitie in the Antwerp harbor is a relative small unit with a storage capacity of 1,2 GWh /Luik Natie

Logistics company Luik Natie has installed at its site in the Antwerp Waasland Harbor the first Tesla Megapack storage battery in the country. A container-sized Tesla Megapack is a lithium-ion battery stationary energy storage that can store up to 3 megawatt-hours of energy. The one in Antwerp has a capacity of 1,2 MWh.

It’s used as backup power storage for the 3 800 solar panels and the Siemens windmill on the site, producing some 4 megawatts of green electricity. The project is financed with the help of energy supplier Engie, and the Flemish government is providing €168 000 of the €800 000-costing project. Hence why Minister of Energy Zuhal Demir (N-VA) was invited to unveil the battery.

For Luik Natie, which operates a large fleet of transport trucks and offers conventional and cooled storage at the harbor, it is a way to claim to be CO2-neutral. Most energy is produced and used on-site, and the rest of the CO2 emissions is compensated through reforestation projects in Guatemala and Burkina Faso.

Tesla’s Megapack is the company’s latest solution to deliver massive stationary energy storage for utilities and large-scale commercial customers. The Megapack arrives pre-assembled and pre-tested in one enclosure from the Tesla Gigafactory in the US.

It includes battery modules, bi-directional inverters, a thermal management system, an AC main breaker, and controls, says Tesla. “No assembly is required. All you need to do is connect Megapack’s AC output to your site wiring.” It uses 40 percent less space and needs 10x fewer parts, meaning it can be installed 10x faster than current competing options, Tesla claims.

The successor of the Powerpack

The Megapack was revealed in 2019 as the successor of the Powerpack, which has been deployed in multiple locations worldwide. Most notably, the 100 MW installation in South Australia, where Tesla built the then-largest lithium-ion storage system globally.

In 2017, Tesla-boss Elon Musk outsmarted 90 competitors willing to deliver a super-lithium ion battery by betting that he could accomplish this in less than 100 days. If not, the South Australian government was to get it for free. An exact figure of how much this battery had cost Tesla was never officially released. But Musk estimated it at ’50 million dollars’.

Meanwhile, Tesla’s Powerpacks are used worldwide, including in Belgium, where the largest one is situated in Limburg, at the former Eisen coal mine, now the Terhills resort.

In December last year, the Terhills’ Virtual Power Plant‘ (VPP) in Eisden, delivering 18,2 MW with 140 Tesla batteries, was activated in the Primary and Secondary Reserve of high-tension operator Elia for the first time to stabilize the grid. It was a European first for a stationary battery of this size to stabilize the public grid.

Decentralized energy specialist Centrica Business Solutions that manages it says it’s a European first that a battery-only backup is used for this. The mega-battery works as a backup, storing electricity when lots of renewable energy is available and feeds it back to the grid when needed. It’s cheaper than starting up a gas powerplant, and it’s not emitting CO2.

The Tesla Megapack can store 14 times more energy than the Powerpack, which has a capacity of only 210 kWh per unit. And 200 times more than Tesla’s Powerwall, used for home installations, which has a 13,5 kWh of usable power. 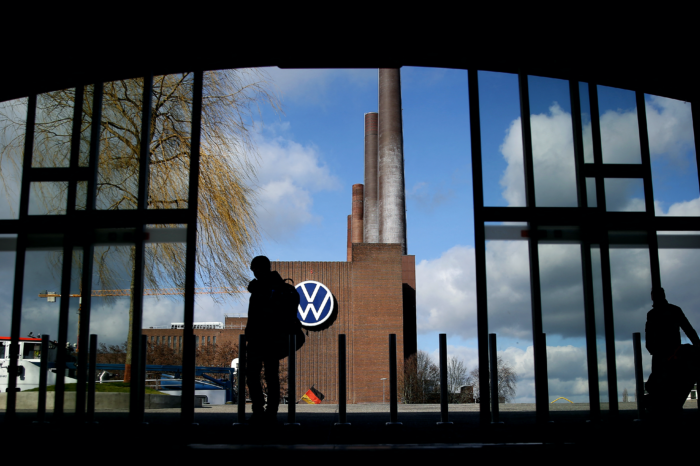 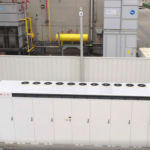