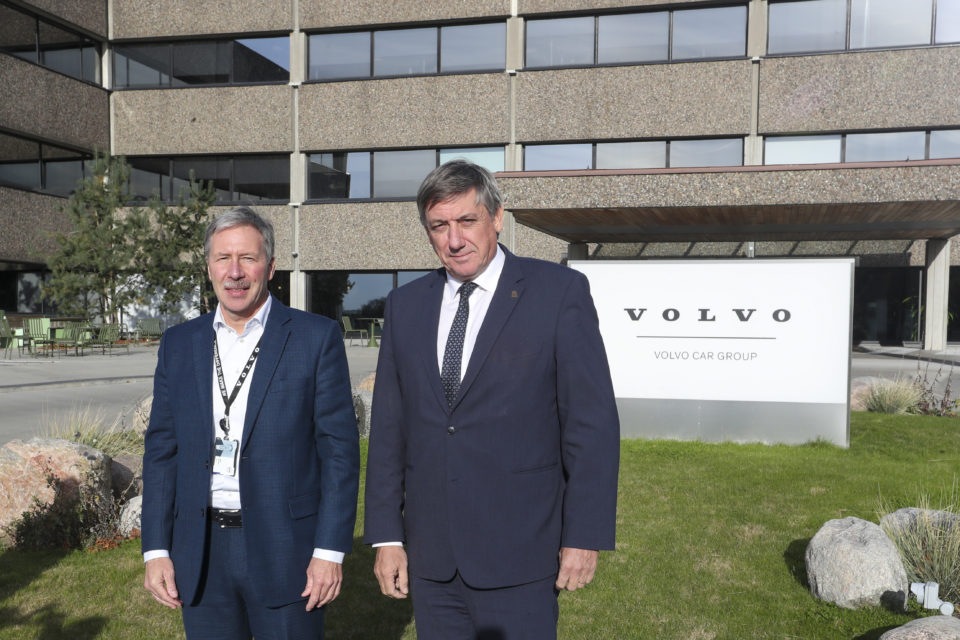 Geert Bruyneel, Volvo’s head of global production operations at Volvo was visited by Flemish Minister President Jan Jambon at the headquarters in Göteborg. No doubt there were talks about the possibility of a battery plant in Ghent /Belga

There’s a chance that Volvo Cars chose Ghent as the site to build an entirely new (giga)factory for batteries. The plant should produce 300 000 to 400 000 battery packs per year and provide jobs for 3 000 people.

Like many other car manufacturers, Volvo wants to be more independent of the (primarily Asian) battery producers. That’s why it already produces the battery pack for its first full-electric models in Ghent.

One out of four

While it has declared that it won’t make ICE cars anymore as of 2030, Volvo will be in significant need of batteries. So, logically, it is trying to see how and where it can produce them itself. Ghent is one of the four locations still running to be the new site (starting with 50+ possibilities).

“We are studying the case,” says Belgian Geert Bruyneel, head of global production operations at Volvo. “And we will do that very objectively; there’s no room for emotions here.”

Meanwhile, the car manufacturer is also looking for agreements with other manufacturers to secure its supply. That’s why it has concluded a deal recently with the Swedish battery manufacturer Northvolt.

“If something has become very clear the past years, then it is the fact that one tries to have its suppliers as close to the production plants as possible,” Bruyneel remarks. It makes the Volvo plants of Göteborg and Ghent in pole-position for the additional battery production. The Volvo plants in the US and China will also get their gigafactories for batteries.

Bruyneel sees three crucial criteria for choosing a location. The availability of green energy, the price-competitiveness of the energy, and the presence of sufficient skilled personnel. “We promised that the Ghent factory would be CO2-neutral by 2025. The entire company wants to be climate neutral by 2040. So we have to use green energy, certainly in a plant that needs a lot of energy.

Meanwhile, the Swedish car manufacturer has announced that it will IPO on the Stockholm stock exchange on the 28th of October. Currently, the company is validated at a stock rate between 163 and 200 billion Swedish crowns (16 to 20 billion euros).

After going public, the share of Geely Auto in Volvo cars will be reduced from 100 to 87%. Volvo hopes to get €2,5 billion out of the financial operation. It counts on the fact that manufacturers of electric cars have high rates for the moment. Just look at the value of Tesla or the introduction of Nio and Polestar recently.

In need of workforce

Volvo Cars is one of the major employers in the Ghent area. However, with the success of the XC40 model and the expected success of its C40 brother, it is desperately seeking new employees.

But other companies are hunting for them, too, in the same area. For example, ArcelorMittal and Volvo Trucks (not related to Volvo cars anymore) are situated in the same Ghent portal area.

That’s why Volvo Cars, through its subcontractor Randstad running temporary employment, now proposes monthly contracts to its interim workers instead of weekly ones.

At the moment, Randstad is looking for some 500 new temporary employees. The ones who can prove themselves are prone to be offered a more permanent contract rapidly. If the battery factory is assigned to Ghent, there will be a real hunt for skilled people in the area. 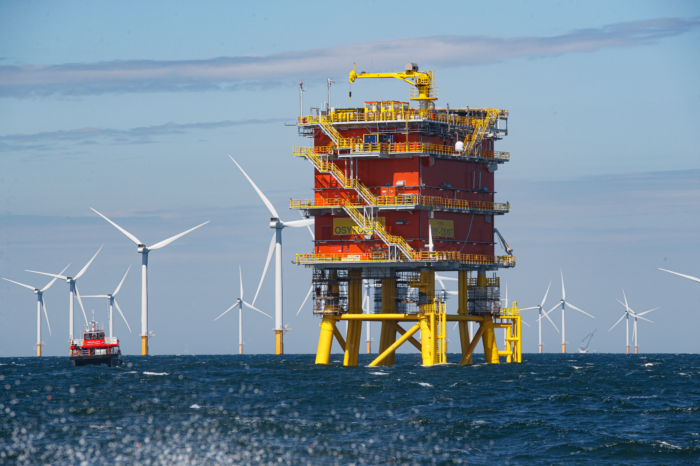 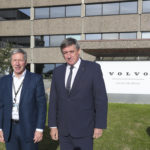