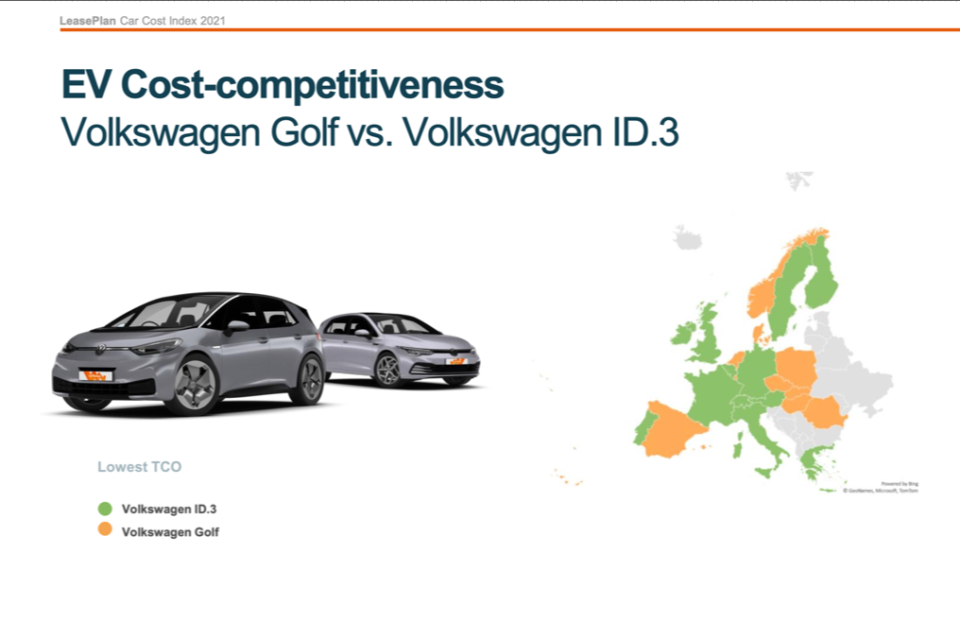 The LeasePlan Cost Index 2021 shows that EVs in the popular lease segments are already cheaper than ICE cars in most of the Western European countries. A good example is the Volkswagen ID.3, which is cheaper in 12 out of 22 countries compared to the Golf /LeasePlan

LeasePlan’s latest Car Cost Index 2021 is confirming what some carmaker’s bosses are saying recently: already today, electric cars are cost-competitive or cheaper than their peers with an internal combustion engine (ICE). Plug-in hybrids are almost always the worst-case scenario, but that’s something you’ll seldom hear.

According to LeasePlan, that’s the case in Belgium, and 13 to 16 of 22 investigated EU countries for cars of the mid-sized premium segment (D2) and compact cars (C1 and SUV-C1). The latter is a breakthrough for EVs. For small vehicles, the so-called sub-compact segment (B1) that breakthrough is slower but happening in 8 of the 22 countries.

“It’s time to switch,” Volkswagen CEO Herbert Diess wrote on his LinkedIn page a few days ago. “Driving a combustion engine car costs up to 50% more compared to an e-car! Autozeitung does the math, taking into account all the costs.”

Autozeitung did the math for six models of the VW Group in Germany. LeasePlan’s Car Cost Index goes way beyond this, calculating the most popular leasing cars in 22 EU countries, factoring in the various costs involved in car ownership in each country, including energy or fuel, depreciation, tax, insurance, and maintenance. In the 2021 edition, costs are averaged over the first four years of ownership, assuming an annual mileage of 30 000 km.

When fully electric cars (BEV) are compared with ICE cars and PHEVs, then LeasePlan’s CCI shows that in the D2 segment (mid-sized premium), EVs are the most affordable option in virtually all researched countries (17/22 countries). 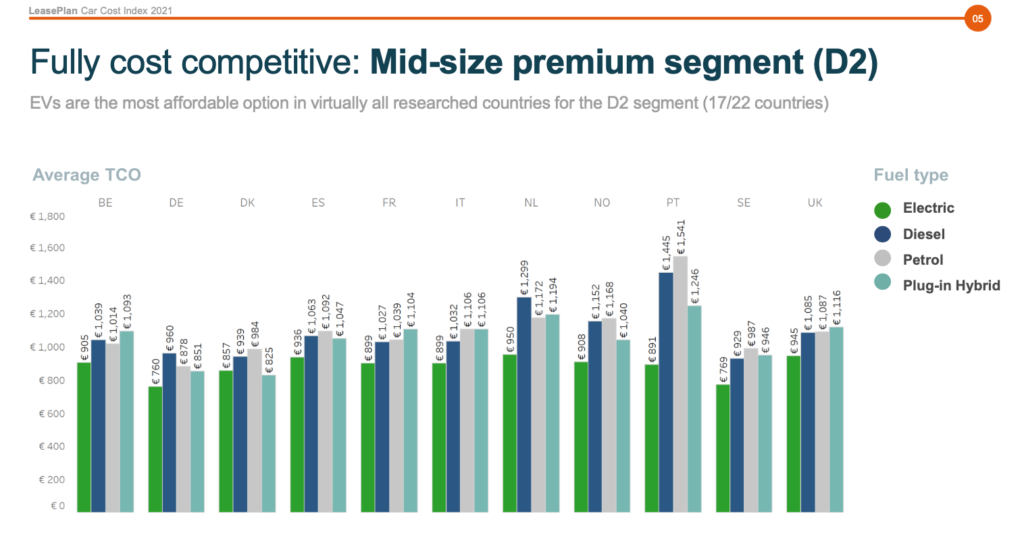 An interesting evolution is seen in the more affordable compact segment, C1, and the SUV-C1, which is still the most popular car type in many markets. Here the EV is cost-competitive or cheaper in more than half of the 22 countries: 14 to be exact. And Belgium is one of them. 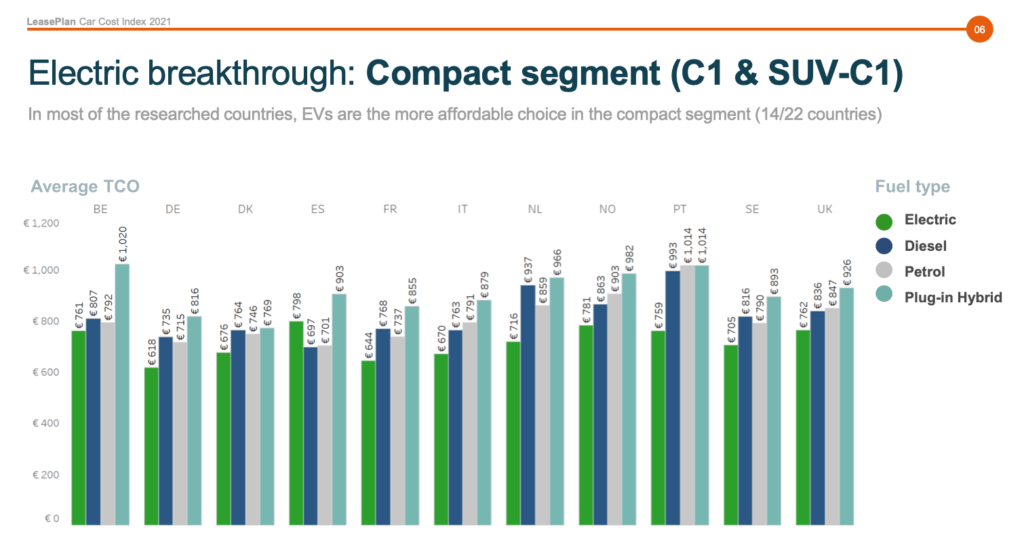 Switching back to Herbert Diess: here is the proof again for one of Europe’s most popular cars for years: the VW Golf. The ID.3 is now more affordable than the Golf in 12 of 22 countries.

Even when we used to give the example of Norway, where the e-Golf was already cheaper than the diesel or gasoline Golf, for the ID.3, this is now the case in several countries, including Belgium. Compare the figures in Belgium: €696 for the ID.3, €729 for the Golf on gasoline, €787 for a Golf diesel and again, worst of its class the Golf PHEV costing €910 per month.

Breaking down the costs

So, where is the big deal? According to LeasePlan, EVs have lower fuel/energy costs and road taxes, helping to lower the overall TCO. Breaking down the TCO, you’ll see that for an EV, depreciation (57%) is still a factor to reckon with, compared to 49% for a diesel car, and 45% for a gasoline car.

Road taxes are 2 to 3% cheaper for an EV compared to ICE cars, insurance is somewhat the same (11 to 10%), as are repair and maintenance costs (12%), and the interest (7 to 6%). The most significant differences are found in fuel and energy, 10% for the BEV compared to 17% for diesel cars and PHEVs, and 23% for gasoline cars. 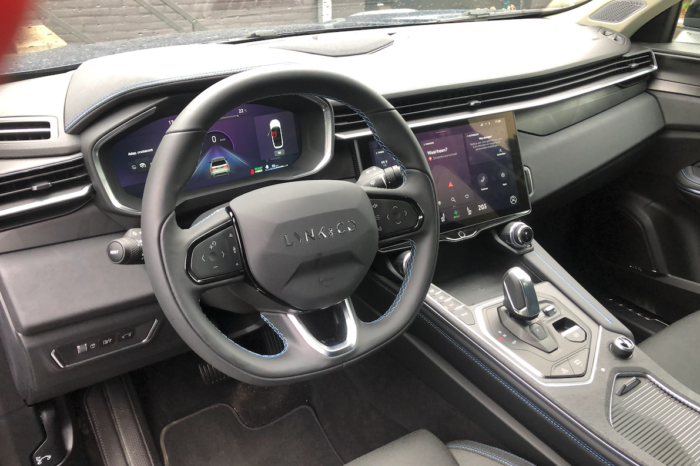 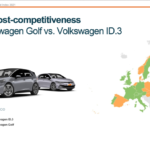