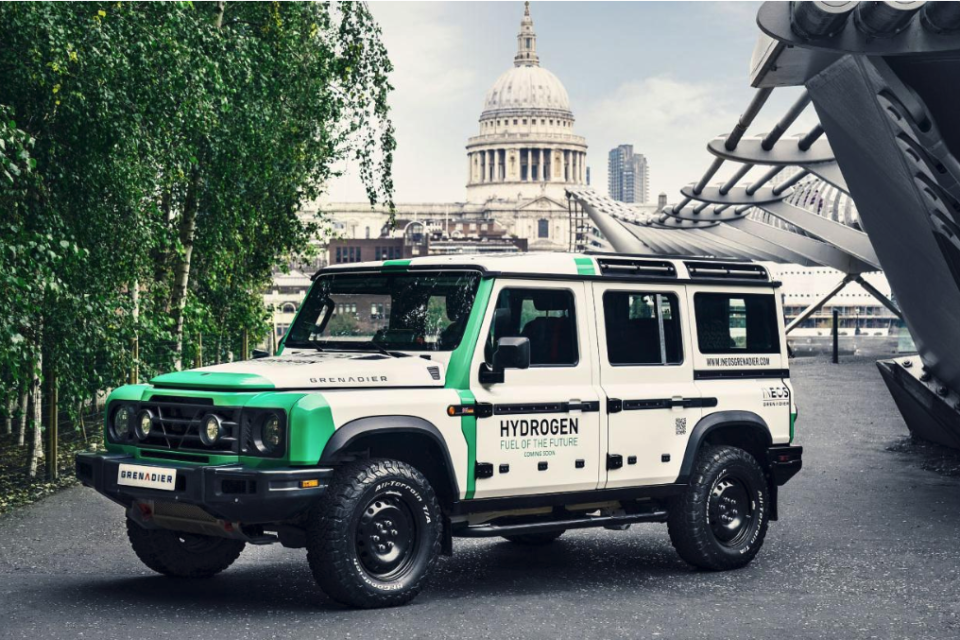 The Ineos Grenadier, clone of the Land Rover Defender to be built in Hambach, France, will get a FCEV variant with Hyundai technology /Ineos

British global chemical company, Ineos, a specialist in producing ‘low-carbon’ hydrogen, is working on a hydrogen demonstration version of its Landrover Defender-clone, the Grenadier, for road testing by the end of 2022. The latter will most likely get a Hyundai Nexo fuel cell and will be co-engineered by automotive specialist AVL.

First, the basic ICE-powered Grenadier will start to reach customers in the third quarter of 2022, equipped with BMW’s latest gasoline and diesel engines. Engines by BMW. Transmissions from ZF, axles by Carraro, Recaro seats, and overall engineered by Magna Steyr. Ineos has already been shopping around.

For its upcoming hydrogen version, Ineos is even more niggardly with information. Ineos signed an agreement with Korean carmaker Hyundai in November 2020 for the evaluation of the latter’s fuel cell used in the Nexo.

“Of the zero-emissions technologies being evaluated for future introduction in the Grenadier, the INEOS Automotive team believes that hydrogen fuel cells are the most attractive,” the company says in a brief press release.

“When enabled by sustainably produced green or blue hydrogen, fuel cells are a very clean way to power vehicles capable of long-range between rapid refueling stops. And they also offer significant weight advantages over battery electric vehicles.” But, says Ineos, there will be no compromises in performance on and off-road.

Ineos is already brooding on its Grenadier since 2017, when Ineos Automotive was created. The Grenadier will take over where the old Land Rover Defender stopped with the venue of an all-new one, which looks strikingly like the old one.

Sir Jim Ratcliffe, the billionaire founder and chairman of the multinational chemicals company Ineos who lives in Monaco, came up with the idea in 2017.  He managed to buy Land Rover’s production tools for the old Defender when the latter stopped production in Solihull after 67 years.

In December 2020, Ineos had bought the Smartville factory at Hambach, France, from Daimler to build its Grenadier here. The site currently makes smart EQ fortwo electric vehicles, which Ineos will continue to produce alongside the Grenadier on a contract manufacturing basis.

The Germans abandoned their plans to build an electric Mercedes in Hambach, although they had already invested half a billion in the conversion of the factory.

Ineos claims it is Europe’s most prominent existing operator of electrolysis, the technology which uses renewable energy to produce hydrogen for power generation, transportation, and industrial use.

The company already produces and uses 400 000 tons of low-carbon hydrogen every year, the equivalent of replacing up to 2 billion liters of diesel. It announced that it intends to invest €2 billion in new production of green hydrogen across Europe. 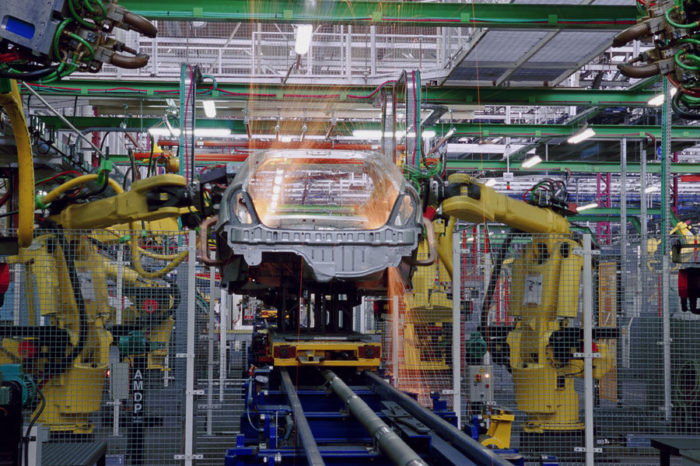 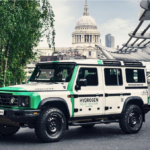