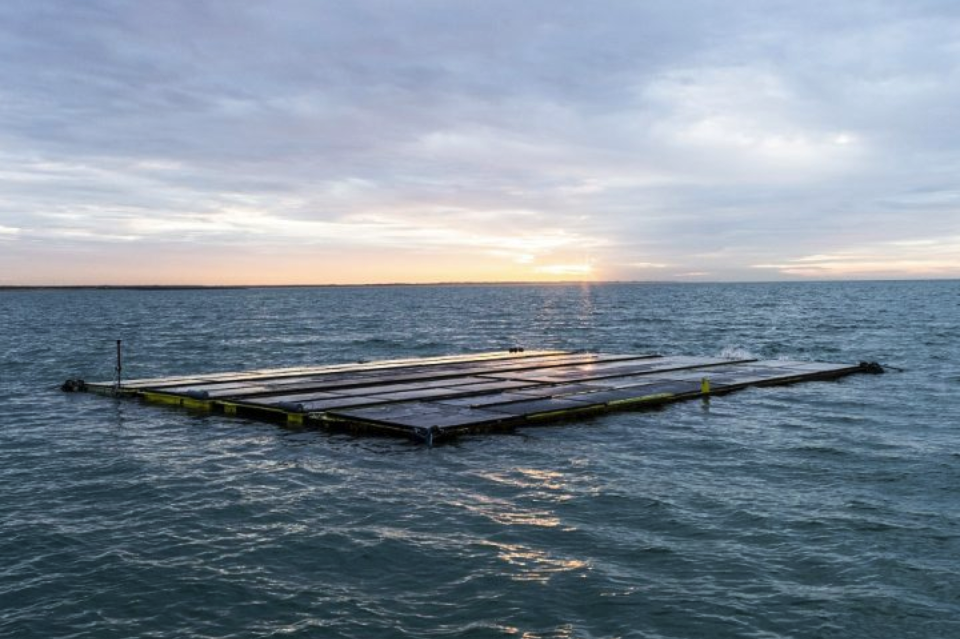 In 2017, Oceans of Energy started with several partners and research institutions like TNO with the development, construction, testing, and operation of the first offshore solar farm system at open sea in the world /Oceans of Energy

Next year, the Dutch start-up Oceans of Energy will build a floating solar park in the North Sea, co-located with a wind farm, in front of the coastline of Ostend (Belgium). It will be situated on Blue Accelerator’s platform, where state-of-the-art measuring equipment in the lab can monitor everything.

Blue Accelerator is a maritime innovation and development platform and test site for blue economy research, development, and innovation projects. The platform is located 500m off the port of Ostend and allows companies, organizations, and knowledge institutions to organize a broad range of tests in real-life sea conditions.

‘A sea full of empty space’

The technical preparations for the project have already started last month, and the construction works are expected to begin in the fall of 2020. The production capacity is aimed at 3 321 MWh on the Belgian grid, or enough to provide 1 000 households with green electricity.

Floating photo-voltaic farms (PV) get more and more attention. One of the obvious arguments for it is that land space is scarce, but ocean space is endless. You literally have “a sea full of empty space” to build on. The biggest challenge, however, remains to make installations resistant to the elementary forces of the sea, like waves, tides, and salt.

Still, the combination of sea and sun is profitable. The proceeds per surface area from the sun are four times as high as those from wind, while the costs gradually decline. “Moreover, both ways of generating energy work well together,” explains Allard van Hoeken of Oceans of Energy.

“The full-scale demonstrations are intended to prove how the increased power output and capacity installed per square kilometer will reduce the amount of marine space needed, thereby leaving more space for aquaculture, fisheries, shipping routes, and environmentally protected zones,” Oceans of Energy said in a statement.

The project is part of the EUropean SCalable Offshore Renewable Energy Sources (EU-SCORES), in which several companies participate. Among them are DMEC, Oceans of Energy, TU Delft, RWE Renewables, and Star Wave. The European Innovation program Horizon 2020 will allocate about 15 million euros for it.

Together, they want to clear the way for affordable, hybrid offshore energy farms throughout Europe by 2025. By combining different energy sources, like wind, sun, and waves, you can create a hybrid energy farm at lower prices per MWh. It could mean a breakthrough to provide coastal regions with clean energy.

In September 2020, Flanders inaugurated its first floating solar park on the sand mining site ‘De Schans’ of Sibelco, on the border of Dessel and Mol. With 17 250 solar panels and a capacity of 7 GWh a year – the equivalent of the electricity used by 2 000 households – the company’s factory gets 80% of it. The other 20% goes to the grid. 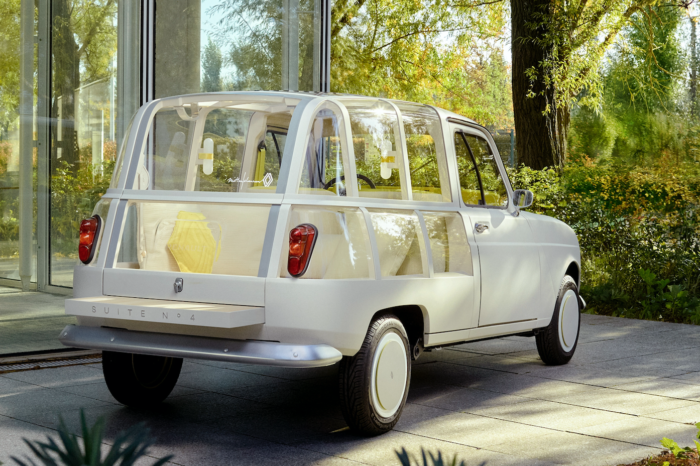 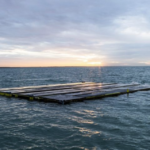