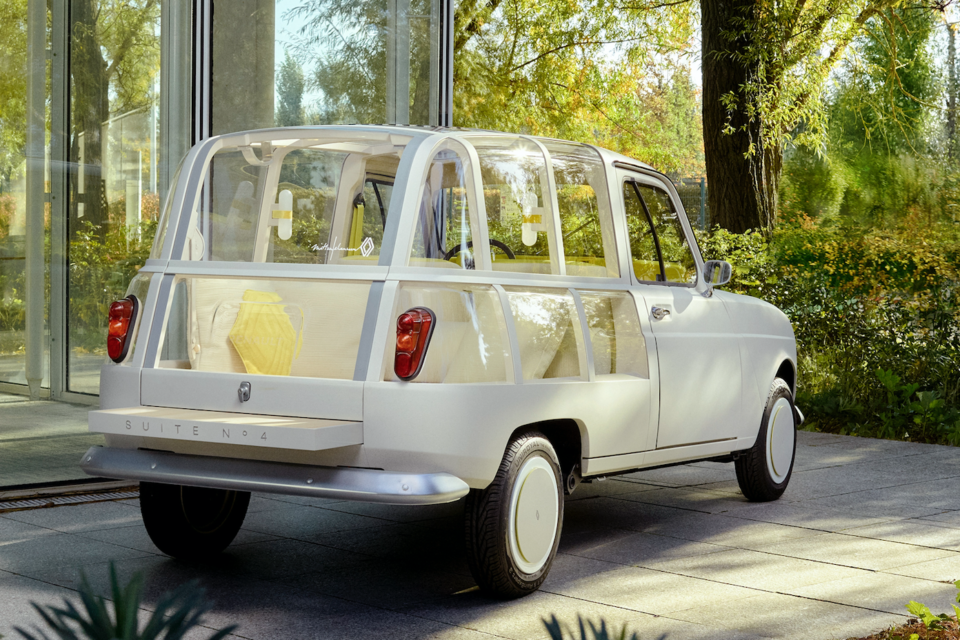 Suite N°4 celebrates the 60th anniversary of the iconic 4L. At the same time, Renault CEO Luca de Meo pleads for innovation at all levels /Renault

To celebrate the 60th anniversary of the Renault 4, the brand decided to team up with designer Mathieu Lehanneur to reinvent the vehicle. At the same time, CEO Luca de Meo pleads for less complaining and more innovation throughout the French car industry.

The iconic Renault 4L has turned 60. It was a small and popular vehicle manufactured in 28 countries. In all, more than 8 million units have been sold in over 100 countries over 30 years of existence – time for celebration.

Renault has turned the car’s anniversary into a year-long celebration with different initiatives. For instance, the brand launched a global social media campaign, posting various content each month.

International media were allowed to take a ride in different historic Renault 4L models, some of which have been retrofitted with a 100% electric engine. Furthermore, a collection of 30 different editions of the Renault 4 has been on display since 8 October 2021 at the Atelier Renault on the Champs-Elysées in Paris.

Today, Renault asked French designer Mathieu Lehanneur “to come up with a concept car showcasing his vision for the 4L. A car that really encapsulates everything the brand has set out to achieve through the Renaulution strategic plan: create modern and innovative cars that provoke emotions.”

“SUITE N°4 is a new mobility and travel experience. I wanted to merge the worlds of cars and architecture to create an open-air hotel room. Even better than the finest palatial suite, the car is exactly where you want it to be, whether that’s by the sea, in the middle of a field, or driving around the city you’ve always dreamed of,” says Mathieu Lehanneur.

SUITE N°4 maintains the same exterior dimensions and lines as the iconic model but has a radical twist. The rear section and the hatch have been replaced with polycarbonate windows that provide transparency and lighting on a par with that of architectural glass. In addition, the transparent solar panels on the roof let light through while helping to charge the car’s battery, which has been retrofitted and is now 100% electric.

Inside the car, Mathieu Lehanneur decided to let in the ambiance and materials proper of housing. The seats and the dashboard are upholstered with an energetic yellow velvet. In contrast, the space on the back is finished with a thick, ribbed chenille fabric.

Bolsters and pillows complete the boot, transformed into a moving room. Finally, the experience is finalized by a wooden bench that slides like a drawer and can be extracted to provide sheltered seating when the hatch is open.

Optimism is a moral duty

Last Tuesday, the French automobile world talked about the future of the French car industry. Luc Chatel, president of Platefiorme Automobile, warned of the disappearance of large sections of the industry. According to his analysis, some 100 000 jobs might be lost before 2030.

The guest speaker Luca de Meo, CEO of Renault, shared these concerns but called for optimism and resolution in getting things done again. De Meo sees the problems in France, especially the competitiveness deficit of the car industry.

But unlike Chatel, he’s not against Europe’s new Green Deal; he embraces it. For him, these new regulations might be very severe; they also include the opportunity to make Europe “the new champion of the green economy”.

But there is a lot of urgent work to do, says de Meo. He calls upon everyone to take up their responsibilities and not blame the national and international authorities. While Chatel still pleads for resilience for the combustion engine, de Meo sees that the electrification movement is irreversible.

“I hear many people talking about sales figures and volumes, but the real fight will be in innovation,” de Meo explains. The future will be in hydrogen, batteries, electronics, and software, he claims.

All in all, the meeting of the French automotive platform has been therapeutic for a sector in crisis, finally convinced that they have to react appropriately instead of complaining and receding. Or, like de Meo is wording it: “you don’t take out the handkerchiefs before having assumed your responsibilities.” 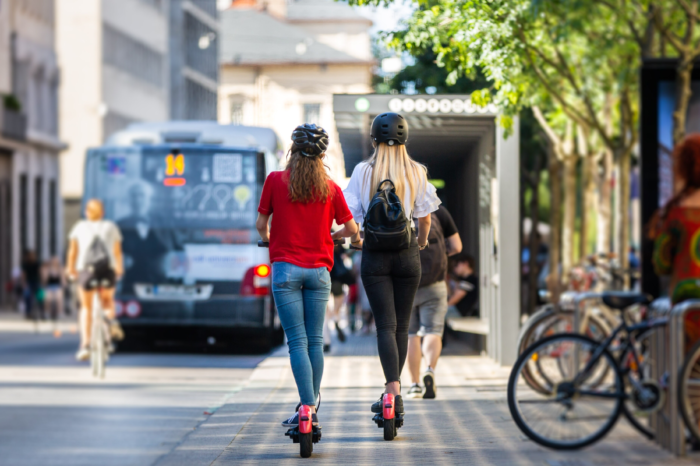 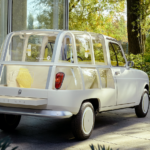