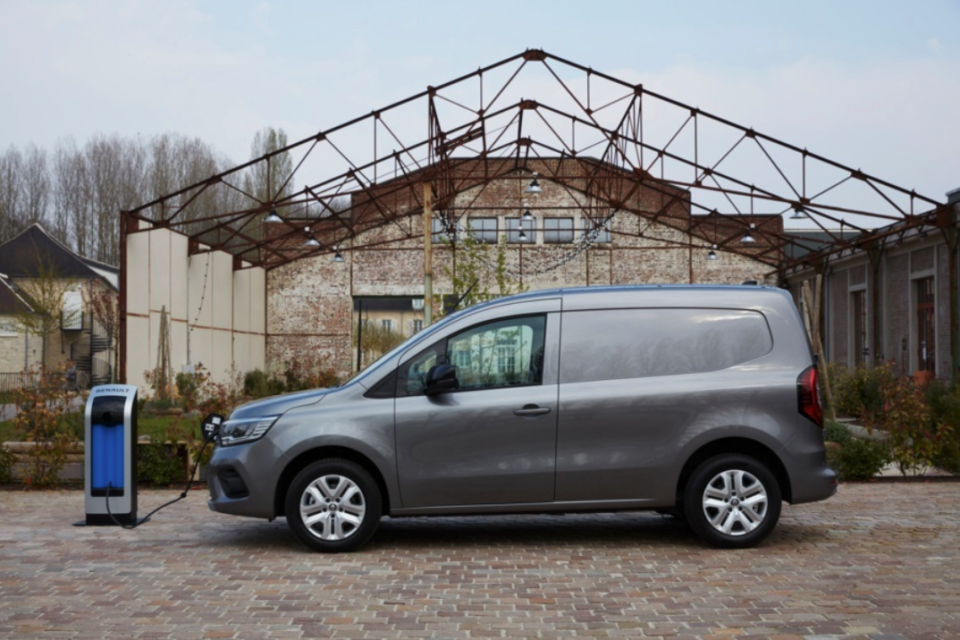 On 16 November, Renault will present to the public the new fully electric version of its popular compact van, baptized ‘Kangoo Van E-TECH Electric’. An upgraded battery of actual usable 45 kWh extends its range to 300 km (WLTP). That’s roughly 100 km more than the current Kangoo Z.E. with a 33 kWh battery.

Since its introduction in 2011, Renault sold close to 70 000 Kangoo Z.E.s, and it claims today this van makes out one-fifth of all-electric utility vans sold in Europe. The new one will roll out the Maubeuge factory in France like the old one did the last 25 years, together with its new Mercedes e-Citan and Nissan Townstar Electric siblings. Renault invested 450 million euros in ‘electrifying’ that plant and adding a battery assembly unit.

The public première of the Kangoo Van E-Tech Electric is reserved for the Solutrans show in Lyon, running from 16 to 20 November. The latter is a biennial trade fair for haulage and urban transport professionals, bringing some 56 000 visitors to Lyon in 2019 before the corona crisis. It claims 900 exhibitors and companies were represented at this 15th edition.

The 16th edition looks so far it will physically happen in contrast to most motor shows in the last year and a half, with visitors required to show a Covid Safe Pass and wearing a face mask inside the venue.

It also features ‘Open Sesame by Renault’, which means a market-widest side sliding door of 1,45 m and three front seats with a foldable central back, converting into a table for a ‘driving office’.

There is an ECO modus to limit performances and to save energy. At the same time, regenerative braking can be set in three levels called Sailing (B1) for highways, Drive (B2) for city use, and Brake (B3) for traffic jams and driving down in the mountains.

For charging the 45 kWh battery, the Kangoo E-Tech Electric gets a standard three-phase 11 kW Caméléon-charger, suitable for charging from 15% to 100% in 3,5 hours. A 22 kW version of that charger for use at public chargers is an option, as is an 80 kW D.C. charger enabling to charge an extra 170 km (WLTP) in 30 minutes. Those optional chargers come with additional cooling.

In combination with the 22 kW charger, the van’s air conditioning gets a heat pump that regenerates outside air to warm up the interior when outside temperatures vary between -15°C and +15°C. Heated seats, heated steering wheel, and heated windshield are optional.

The new Renault Kangoo E-Tech Electric and its Mercedes and Nissan siblings will be commercialized in Spring 2022 or the second half of next year.

One of the first in Belgium to welcome them will be bpost, which announced in October it has ordered 400 new electric vans and launched a tender for 800 more to be delivered before the end of 2022. Bpost spread out the initial order over Renault Kangoo ZE, Opel E Vivaro, and Maxus to speed up deliveries. 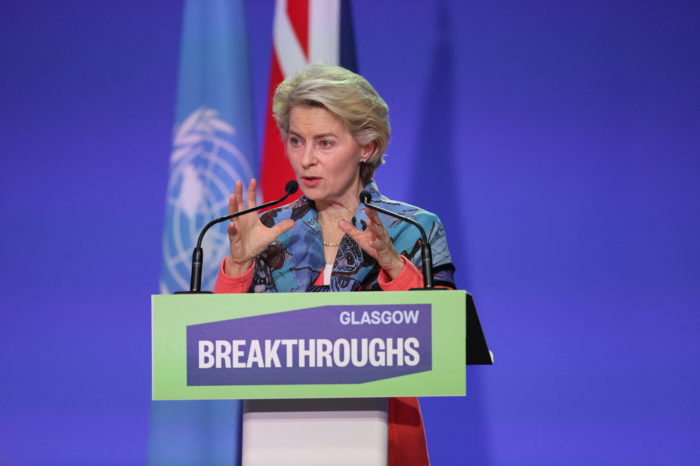 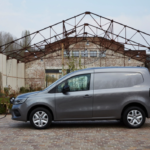