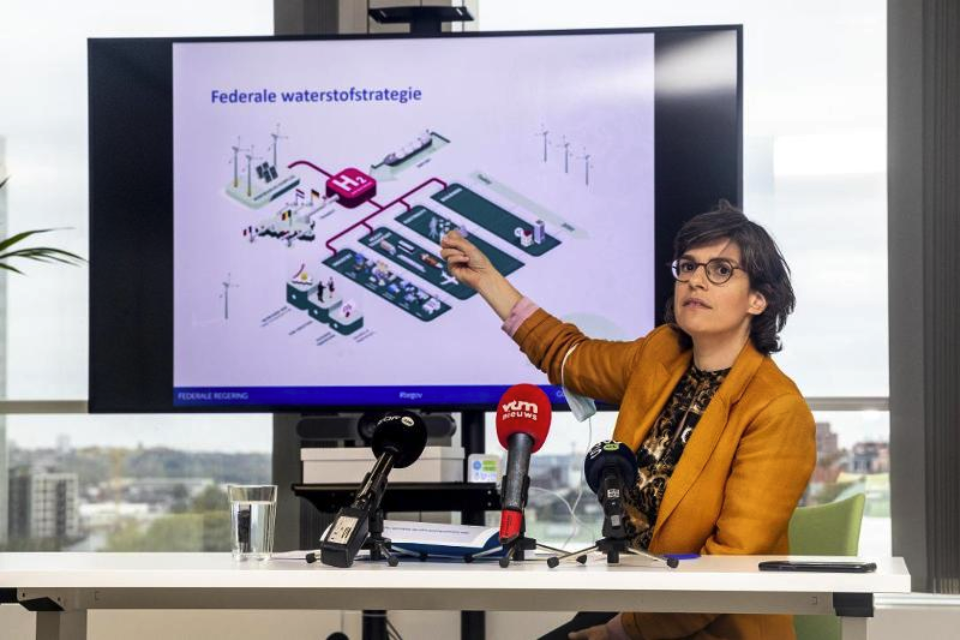 Antwerp Port and Zeebrugge Port will set up a hydrogen import logistic chain with Chile. Belgium’s major ports who decided earlier this year to merge into Port Antwerp-Bruges signed a Memorandum of Understanding (MoU) for this in Glasgow.

Belgium will also import green hydrogen from Oman and Namibia. At the COP26 in Glasgow, Belgian Federal Minister for Energy, Tinne Van der Straeten (Groen), earlier signed a comparable MoU with the Namibian Minister of Mines and Energy, Tom Alweendo.

By 2026, Namibia wants to produce one million tons of  ‘green’ hydrogen with a midsized solar power plant, half of it for export. With the latter, Belgium will help set up a Green Energy Hub (GEH) in the Erongo region, at the country’s western Atlantic coast, with Whale Bay as its most important harbor.

So-called green hydrogen is made generally by electrolysis from water, using electricity from renewable sources. It is a process that requires lots of energy, as 30% is lost in the process.

Plenty of sun and wind are available in Namibia in the southern part of Africa. What’s lacking is the infrastructure to load the hydrogen produced with it in one or other form on gas tankers to export it to the rest of the world. A problem other ‘sunny’ countries with ambitions for green hydrogen, like Morocco, Chili, or to some extend Australia, have too.

Saudi Arabia, for instance, has plenty of sun, too, and already has the harbor infrastructure to load energy on ships, as it does for decades with oil. The Saudis announced they’re investing four billion euros in producing green hydrogen and making the region of Neom a worldwide H2-hub by 2026.

In Dubai, hosting the World Trade Fair, the Dubai Electricity and Water Authority and German Siemens have set up a hydrogen production pilot plant. Dubai wants to invest 11,7 billion euros to produce 5 000 megawatts of green energy by 2030.

Oman is planning to build ‘the world’s largest green hydrogen plant’ by 2028 in Al Wusta governorate on the Arabian Sea. It will be done in stages using 25 gigawatts of wind and solar energy by 2038.

Belgium wants to become a ‘renewable energy import hub’ for Europe. Its ports of Zeebrugge and Antwerp are already today important hubs for distributing natural gas and hydrogen used in the chemical industry. It’s part of the federal plans to meet the climate goals set by the Paris Agreement.

A study published in January of this year by the Hydrogen Import Coalition (HIC) shows that shipping wind and solar energy from other sunny and windy parts of the world to Belgian ports is ‘feasible and cost-effective’.

The idea is to use LNG carriers that are relatively easy to convert to transport other gases, like hydrogen, ammonia, methanol, and synthetic methane.

The partners say that there is not enough renewable energy available in Belgium to achieve the European climate goal of a 100% CO2 reduction by 2050. But with public-private funding, hydrogen could be a viable solution to get of the oil drip. And the Belgian harbors are well equipped to function as a hub for importing a green alternative.

The Coalition is formed by several big names, with dredger DEME, electricity and gas provider Engie, gas tanker fleet operator Exmar, grid manager Fluxys, the Ports of Antwerp, and Zeebrugge, and WaterstofNet (HydrogenNet). The latter is a non-profit organization set up to develop sustainable hydrogen projects.

The basic idea is quite simple. The same solar panel, for instance, produces up to three times more in the Middle East or Southern Europe than in North-Western Europe. Therefore, solar energy can be made in the south with less effort, translating into cheaper.

As hydrogen needs to be cooled to minus 253°C to become liquid or needs huge tanks to transport it under compressed form as a gas, converting it to an e-fuel first might be a solution.

Converting it to methane (alkane), methanol (alcohol), or ammonia (nitrogen hydride), and extracting the hydrogen after transport, might be three simple ways to do it alternatively. A disadvantage is that synthetic methane has a low boiling point (-162°C), and CO2 is needed to produce it.

Hence there is the danger of leakage, as methane is 84 times more potent than carbon dioxide as a greenhouse gas. Yet, the researchers say the leaking of methane is less likely to happen than with natural gas extraction.

Synthetic methanol is widespread and stays liquid in atmospheric conditions, but CO2 is needed to produce it. Synthetic ammonia might look like one of the better options as it requires no CO2 in the process and is liquid at -34°C. But turning it back into hydrogen isn’t mastered fully yet, the study says, which might add costs.

The main advantage of using these carriers, says HIC, is that starting to import renewable energy this way is ‘not hindered by technological scale-up hurdles’. LNG tankers used today by partners like Exmar are reasonably easy to deploy as ‘hydrogen carriers’.

The same goes for the existing LNG terminal in Zeebrugge’s harbor and the existing infrastructure in Antwerp. Both are connected already through pipelines with major industrial clusters throughout the country and Europe. 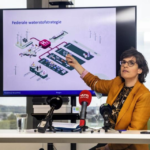