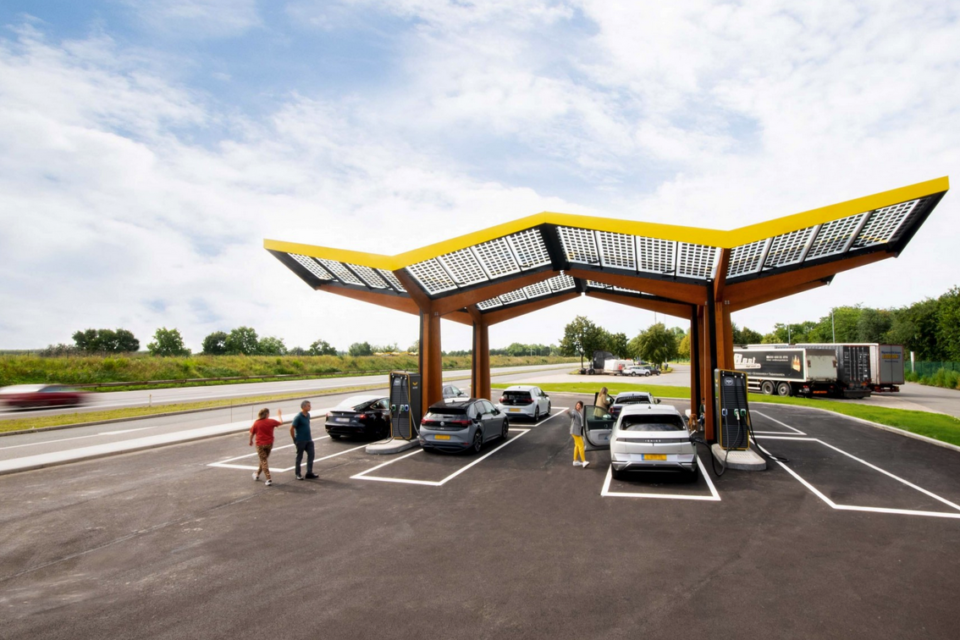 This summer, Dutch Fastned opened its first fast-charging stations along Belgian highways, at both sides of the E19 in Peutie /Fastned

Dutch fast-charging network operator Fastned is raising prices by 17% to compensate for the peaking electricity prices. In practice, EV drivers will now pay €0,69 per kWh in the Netherlands, Belgium, and Germany. For an extra 100 km range, the price goes up from €11,04 to €13,04 maximum.

These maximum prices apply for ‘Pay-as-you-Go’ for EV drivers without a subscription. Fastned advises drivers who use more than 50 kWh per month, the ‘Gold Membership’, paying €11,99 per month and €0,45 per kWh.

In France, where Fastned will open several stations in the following months, prices remain the same (€0,59 per kWh), as in the UK (£0,39). Last month, Fastned already warned it would be forced to raise prices due to energy prices going through the roof internationally.

In the Netherlands, Tesla drivers pay only €0,24 per kWh. Non-Tesla drivers are charged at €0,57/kWh but can benefit from the same low kWh price as the Tesla owners if paying an 11 euros per month subscription.

Since the beginning of this month, Tesla has been opening up ten of its Superchargers in the Netherlands to third parties as a test for the rest of Europe. The ‘non-Tesla Supercharger pilot project’ allows other car brands to access the chargers via the Tesla app if the car is registered in the Netherlands.

No uniformity at all

There is no uniformity in how the different operators calculate their prices, offering subscriptions and charging cards. So, comparing exact electricity costs for charging at public stations is a daunting task.

And there is the general difference in electricity prices between countries, defined by the energy mix, how it’s produced, and the taxes due. Charging at home remains cheaper in general, varying from €0,32 in Germany to €0,10 in Hungary. Belgium comes in third after Germany and Denmark at €0,28.

Dutch EV drivers are driving among the cheapest, at €0,16 per kWh. The Netherlands provide a refund (allowance), and thus reported a negative share of other taxes and levies in this collection, says Eurostat. 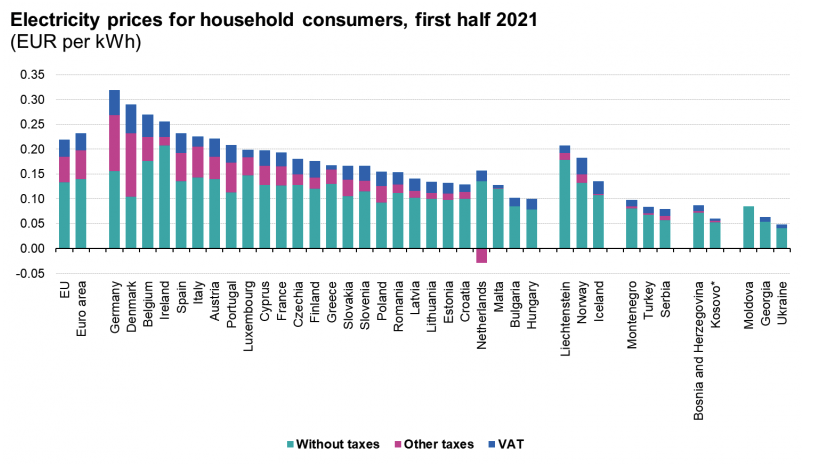 Electricity prices for households in Europe differ from country to country, depending on taxes and the energy mix /Eurostat 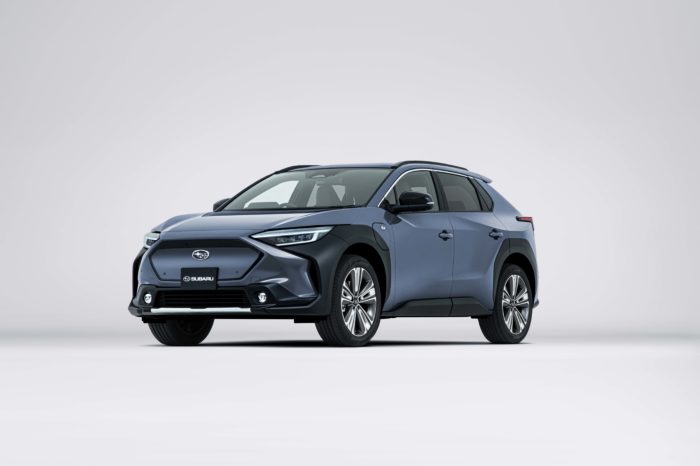 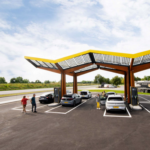