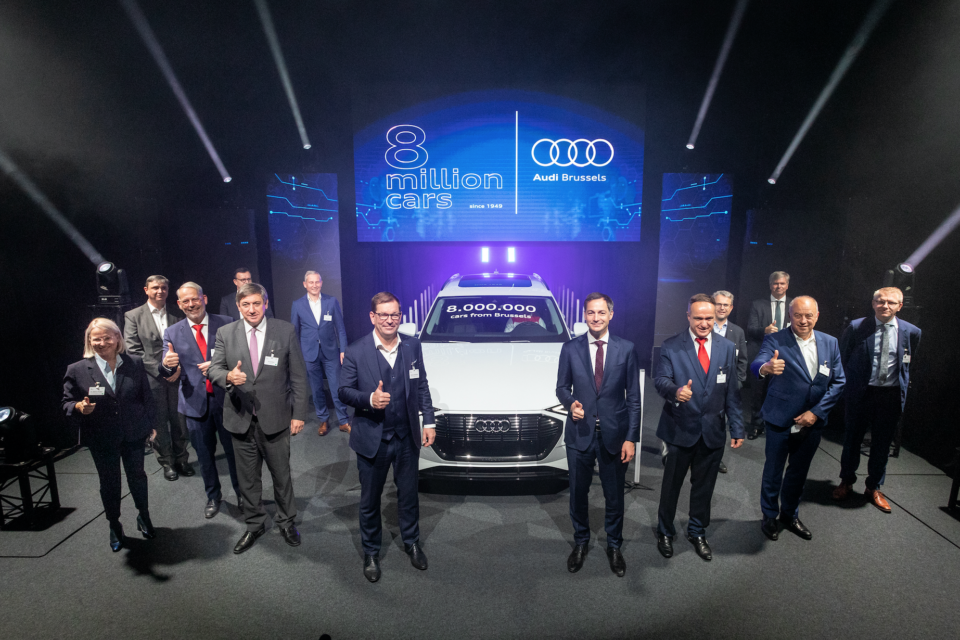 During the celebration of the 8th millionth car produced in the Audi car manufacturing plant in Forest (Brussels), Audi CEO Markus Duesmann confirmed that the Q8 e-tron will be built in Brussels as of 2026.

The decision still needs to be confirmed by the supervisory boards of Audi and the VW Group. Still, usually, that’s a formality if the Audi management has already decided on such matters.

The new electric flagship SUV from Audi will start being built in Brussels in 2026. At the moment, Audi’s first BEV, the e-tron, has been coming from the line in Brussels since 2018. It is available as a standard SUV and a coupé derivative called Sportback. Its model life (a face-lift is due in 2023) is foreseen until the Q8 takes over.

Worries about the transition

The worker unions are worried about the transition period between the current e-tron and the coming Q8 e-tron. However, Peter Kössler, board member responsible for production, is confident that the e-tron will still be attractive in the following years.

“Of course, I can’t predict the future either, but normally the e-mobility will continue to grow. A lot will depend on the rolling out of adequate charging infrastructure. With the two-shift pattern the factory is running on, capacity is fully used.”

The Q8 e-tron will be based on the new e-platform PPE that VW Group will use all over its brands, so the fact that other models from other brands could be made in Brussels is technically feasible.

“But, as I said, we’re completely occupied now, despite the chip shortage that has cost us production volume and, in my opinion, will still last through 2022,” Kössler adds. “We mustn’t forget that the transition to the new platform and model will also cost time, a lot of investments, and training. But I’m very confident that the people in our Brussels factory are fully capable of reaching the next step in our ‘strategic manufacturing depth’.

The area where the Brussels Audi factory is situated is fully used; there’s no space anymore for physical expansion. That’s why Audi has chosen to build big premium models here, with a healthy profit margin. Most probably, this won’t change in the future.

In his speech, Audi CEO Duesmann stressed that the relatively small Audi Brussels factory had been a key player in the energy transition at Audi. “The consequent rebuild of our product portfolio to electromobility is the biggest challenge in our history. Brussels is a frontrunner in these; in our other facilities, we build further on the Brussels experience.”

In the Brussels factory, there is not only the assembly of the e-tron (some 40 000 units per year), but the battery modules are also assembled on-site into the battery packs that go into the cars. Lately, the people at the plant have developed high-tech analytic software for high voltage batteries called BattMAN.

Factory CEO Volker Germann pointed at the role of the personnel in this success story. They’ve shown themselves very open-minded and studious in this all-important transition to electromobility. At the moment, there are 3 000 people employed in Forest, where 115 000 e-trons have already been produced, making it the best-sold electric premium SUV in Europe.

The plant in Brussels has a long history. The first car coming off the line in 1949 was a Studebaker. At the time, it was interesting to start assembly plants in Belgium to avoid high import taxes. That’s what the D’Ieteren family also did, importing Studebakers and Packards from over the ocean and becoming Volkswagen’s spearhead in Belgium.

In 1965, the last of 21 675 Studebakers made in Brussels rolled of the line, and the factory was adapted to build the Beetle and its Transporter derivative. In addition, some thousand Porsche 356 cabriolets (same platform) were also made in Forest.

In 1970, the D’Ieteren-owned plant was sold to Volkswagen AG, and some ten years later, the new VW success story, the Golf, takes over in Brussels. Some 4 million units of this universal best-seller were made in Brussels, with other models like Passat, Polo, Lupo, and even Seat in the margin.

2006 is the culmination year of a brooding social conflict in Forest for years, and finally, the VW  board throws in the towel. Some 7 000 jobs are at stake. Then, a year later, Audi comes in, refurbishing the whole factory to produce the small A1 and saving some 2 600 jobs.

But at Audi, they are also aware that building a small mass product like the A1 is probably not the best thing for Brussels. So, as the production of its successor moves to Spain, Audi Brussels becomes the pilot plant at Audi for the electric transition.

Once again, the factory is completely reorganized, and the skilled workforce is trained to the maximum. The plant started the production of Audi’s first BEV in 2018, and it has been a success until now. The future will tell if the plant will continue to play a leading role in the manufacturer’s energy transition. 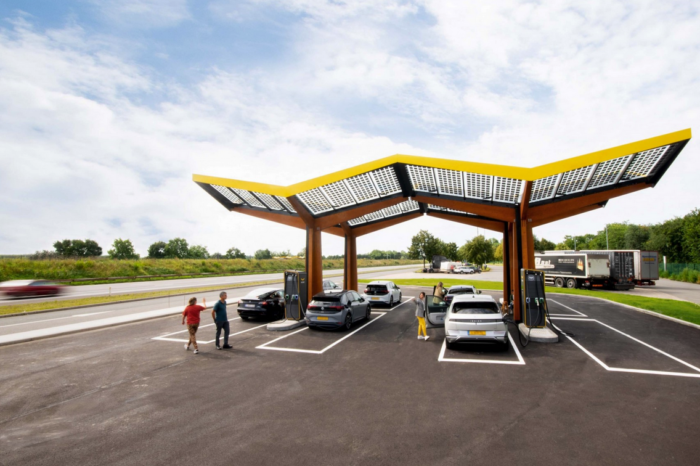 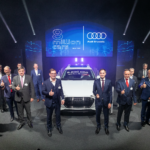