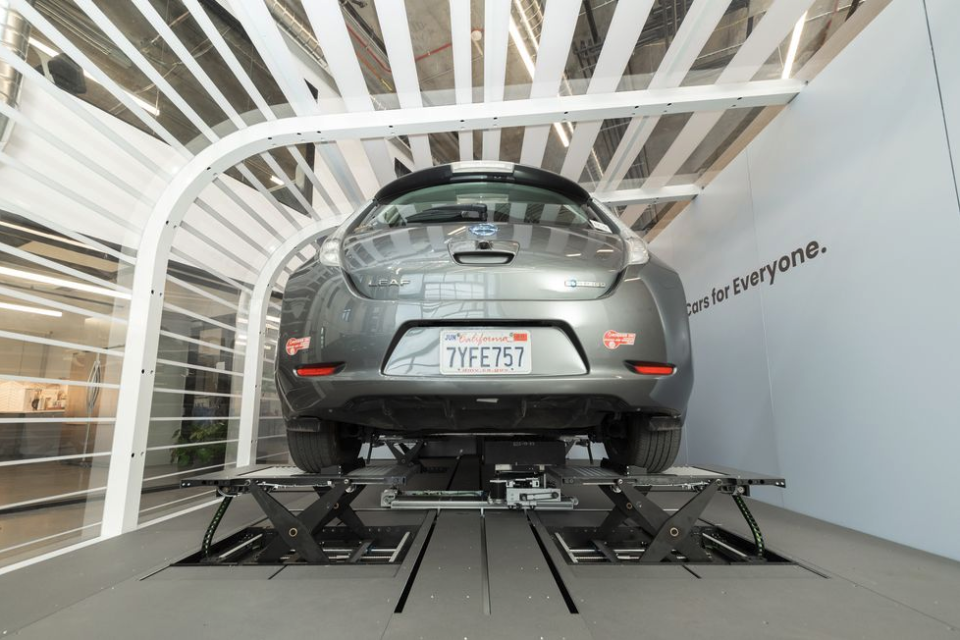 In the fully automated Ample battery swapping station, the car is lifted and a robot unbolts the lego-like battery modules to replace them by fully charged ones in less than ten minutes /Ample

US startup Ample is targetting Europe to introduce its battery-swapping technology through an extended partnership with Uber. The ride-hailing company wants to have half of the kilometers driven in seven capital cities in Europe to be electric by 2025. That includes London, Amsterdam, Brussels, Berlin, Paris, Madrid, and Lisbon.

Ample’s fully automated battery swapping stations allow EV drivers who have a compatible Ample battery pack to replace the OEM pack to switch empty batteries with fully charged ones in under ten minutes. In China, battery swapping is becoming increasingly popular, with NIO being the first to bring it to Europe through Norway.

Ample has just raised another $50 million investment from Blackstone, with additional participation from Banco Santander to finance its expansion plans. Today, Ample is working with ride-hailing companies Uber and Sally in San Francisco, New York, Los Angeles, and Chicago.

The Californian startup has developed its own modular battery packs that can replace the original ones in an EV, as long as it is accessible from underneath the car. Ample says its lego-like battery modules can accommodate any make, design, model, or driving profile, adding more modules for longer ranges.

The packs are connected to the car with a specific adaptor plate and battery managing software supplied by Ample. According to the startup, it has already convinced five carmakers to have EVs in their model range to be optionally equipped with the Ample system. In videos, it shows EVs from Mercedes, Nissan, and Kia, among others.

The fully automatic swapping station takes no more space than two cars parked next to each other and is typically deployed at gas stations in the US.  When entering the station, the vehicle is lifted, and a robot system identifies the exact location of each battery module to be swapped. Once discharged battery modules are removed from the car, they are placed on shelves to be charged and the station is ready for the next vehicle, Ample explains.

By using Ample’s modular battery packs, EV drivers have the benefit of only having to pay for its use and the electricity provided. As Ample will change the batteries when degrading over time, that’s a risk the driver doesn’t have to worry about.

Ample is not targeting the individual EV driver as such, but rather commercial fleets and taxis. Uber drivers can rent an Ample-equipped EV and only need a couple of minutes to have their empty batteries replaced, instead of losing at least half an hour or more at a fast charger.

Ample claims it is lower cost, more flexible than prior battery swapping efforts like the late pioneer of the technology, Better Place. The latter was founded in 2012 by an Israeli former software engineer, Shai Agassi, and focused on the Renault Fluence Z.E. Agassi managed to raise one billion dollars with investors and had 21 battery swapping stations operational in Israel when the company went bankrupt.

Tesla picked up the idea and offered a swap service in a pilot program at a test station – also a Supercharger station – in Harris Ranch, CA, between San Francisco and Los Angeles. A Tesla driver could swap an empty battery for a charged one at roughly the cost of a full gasoline tank and pick it up back again on the way back.

But Tesla canceled the program in 2015 and decided to expand its Supercharger network instead as the better option. The difference was that in this case, the battery was purchased with the car, and people weren’t always confident they got their own battery back afterward. Another one’s battery could have been degraded by excessive use more than yours.

Chinese electric carmaker NIO is partnering in its home country with the world’s biggest battery manufacturer, CATL, among others, in a joint venture to offer swappable battery packs for its EVs in a program called ‘Battery-as-a-Service’ (BaaS).

Batteries are owned and leased by a third-party battery asset management company called Weineng Battery Asset Company. Consumers can have their battery pack swapped in a mere three minutes and upgrade or downgrade to different packs as needed.

In China, NIO has 620 battery swapping stations operational, just 80 less than its target for this year. A total of 128 of these battery swap stations are located along highways. In September, NIO made its European entry in Norway, where it will also offer its battery swapping service. 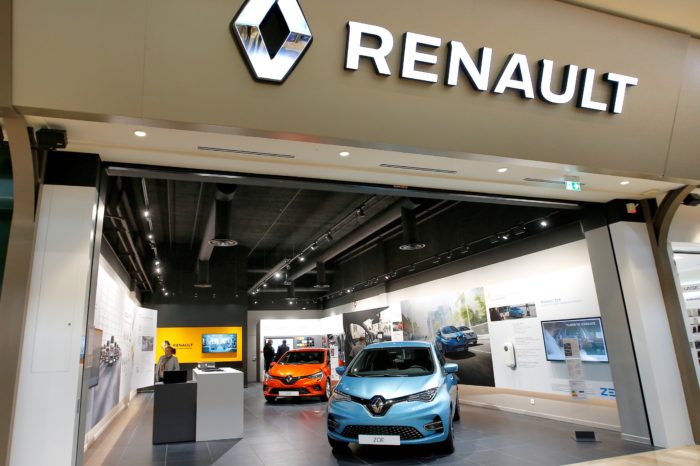 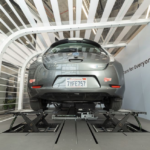