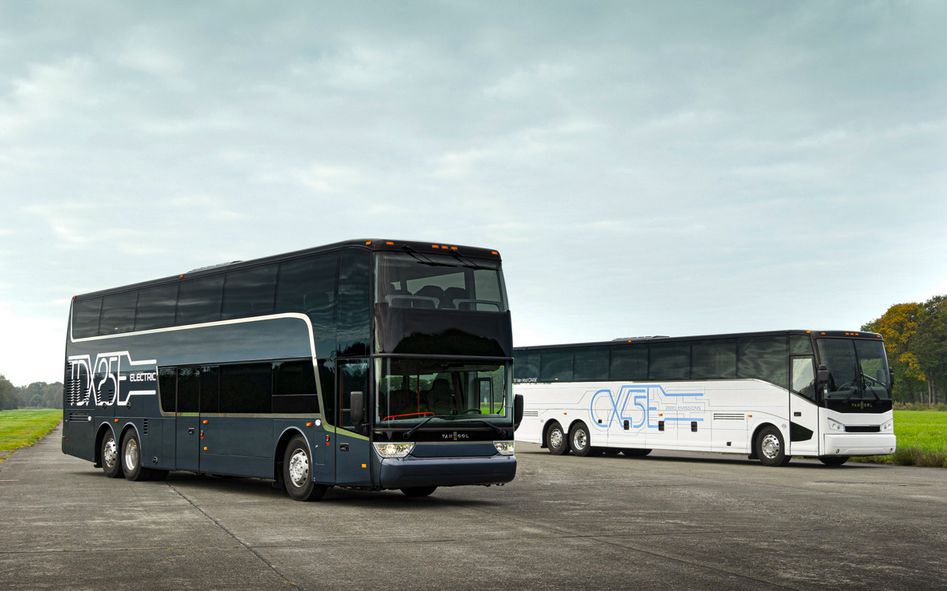 Belgian bus and tour car maker Van Hool has presented the TDX25E Astromega, its first double-deck coach, targeted to the US market. It offers a range of 500 km for 69 passengers, 18 on the lower deck, 51 on the upper deck. Apparently, demand for double-deck coaches is nowhere as high as in America.

The electric double-deck coach further develops the CX45E electric coach with the same technical underpinnings and a similar range of 310 miles or 500 km. The first one of 22 of these was shipped last December to Van Hool’s longtime partner in the US, ABC Bus Companies, which sold them nationwide.

The TDX25E double-deck coach shares the same drivetrain specs but offers a larger passenger capacity of up to 69. Its diesel sibling with a 12,9 liter DAF engine can seat up to 88.

Van Hool showed the CX45E for the first time at Busworld Europe in October 2019. The ‘American style’ electric tour bus has a Siemens motor delivering 310 kW continuously. The peak output is 360 kW, and the top speed is 114 km/hour.

A 676 kWh battery pack from Proterra promises a range of up to 500 km, depending on the type of terrain it is used on and the weather conditions. Van Hool says it’s not intended for the long ranges as such, but will be more likely being used by its American clients to bring employees daily from home to work and back. It can be charged at 125 kW, needing around five hours this way.

Van Hool has been working for 34 years with local American distributor ABC Bus Companies and has an estimated 11 000 buses and coaches driving on the US roads. Most of the buses Van Hool builds are intended for Europe and the US market.

In January 2018, it announced it plans to set up a copy of its Macedonian mega-factory in Tennessee in the US to build city buses for public transport. But the pandemic threw a monkey wrench in the works.

The electric coaches are all built at the Koningshooikt (Lier) factory in Belgium and shipped via Zeebrugge.  For the 2 650 employees in Lier, the demand from the US is welcomed, as half of them have been forced to sit at home technically unemployed since the outbreak of corona.

According to spokesman Dirk Snauwaert in Gazet van Antwerpen, Van Hool is facing the worst crisis in its 75-year existence due to the pandemic and demand for buses and coaches dropping to levels never seen before. 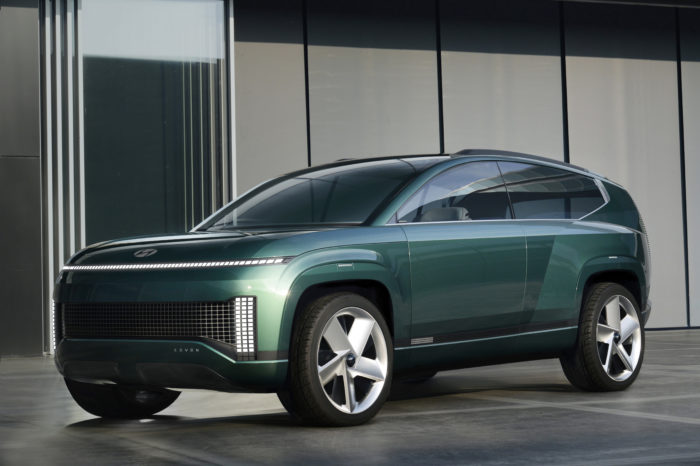 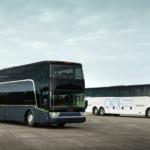