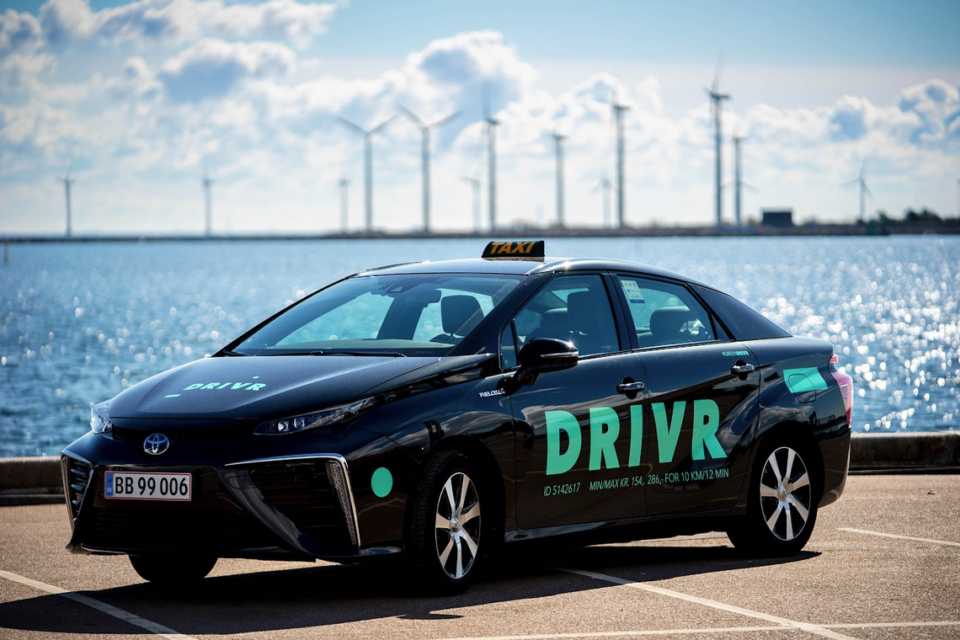 On Friday, 5 November, Toyota and app-based taxi service DRIVR have launched more than 100 hydrogen cabs on the road in Copenhagen. The Danish government no longer admits Co2-emitting taxis from 2025, and by 2030, all new cabs must be zero-emission vehicles.

The taxi industry in Denmark is seen as a key driver of the green transition, and the Danish government’s objective for taxis must finally lead to the ‘greening’ of other public means of transport.

The app-based taxi service DRIVR is a forerunner of the green transition. DRIVR customers could already choose between hybrid, electric, or even hydrogen cars. Still, thanks to a new collaboration with Toyota, the company has increased its fleet of fuel-cell vehicles in Copenhagen significantly.

All 100 new taxis will be Toyota Mirai models, the world’s first mass-produced hydrogen car, only emitting vapor and water while driving. Today only Hyundai is commercializing an alternative on hydrogen, the Nexo. In the first six months of this year, some 8 400 hydrogen cars were sold worldwide, 3 700 Mirai’s, 4 700 Nexos according to SNE Research.

DRIVR had won a tender from the city of Copenhagen to handle the entire municipality’s so-called ‘ad-hoc cab service’. This means that in the future, children with disabilities, mentally disabled citizens, citizens on their way to hospitals, municipal employees, and politicians will take the hydrogen cab and get around with zero emissions.

Haydar Shaiwandi, CEO DRIVR: “We are incredibly proud that DRIVR has been entrusted with the important task of helping the municipality drive Copenhagen greener, and we are very grateful for the cooperation with Toyota, which has enabled us to fulfill the task of the many new Toyota Mirai hydrogen cars.” Toyota reports a growing interest in hydrogen cars in the taxi industry and welcomes DRIVR’s forward-looking approach to mobility.

It is not clear yet whether the fleet will consist of Mirai I models of the first generation, the 2014 model, or a mixture of both generations – the second one was built in 2020. The Mirai II is technically more advanced, built on a different platform, and has rear-wheel drive.

The recently launched Mirai cabs are not the first ones in cab or ride-hailing use. In September this year, Viggo announced to add Mirai models to its Norwegian fleet in Oslo. Also, Madrid plans to introduce 1 000 hydrogen taxis in the city.

And HysetCo, the French asset management company that runs a fleet of hydrogen-powered taxis in Paris, is planning 600 new fuel-cell cabs to replace the fleet of 600 polluting diesel vehicles progressively.

In 2015, Paris put five hydrogen-powered electric taxis in use under the brand Hype. Since then, the fleet has grown, and early in 2021, the company already had 110 hydrogen cars operational in and around Paris, mostly Hyundai ix35 PCEVs.

In July 2019, Hype announced an agreement with Toyota to deliver nearly 500 Mirai models by the end of 2020. But that time scheme was somewhat too optimistic and without counting in a pandemic that paralyzed the world in 2020.

In May 2021, French petroleum group TotalEnergies announced the purchase of a 20% share of Hysetco, the company managing the Hype hydrogen taxis running in Paris. The arrival of TotalEnergies in the game is good news for Hysetco, as it has declared that it will make its network of service stations available to contribute to the growth of the hydrogen stations network. 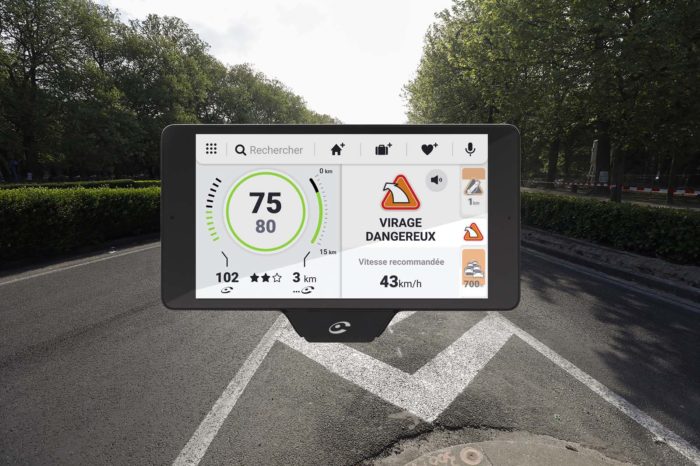 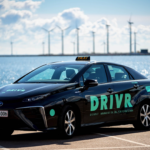