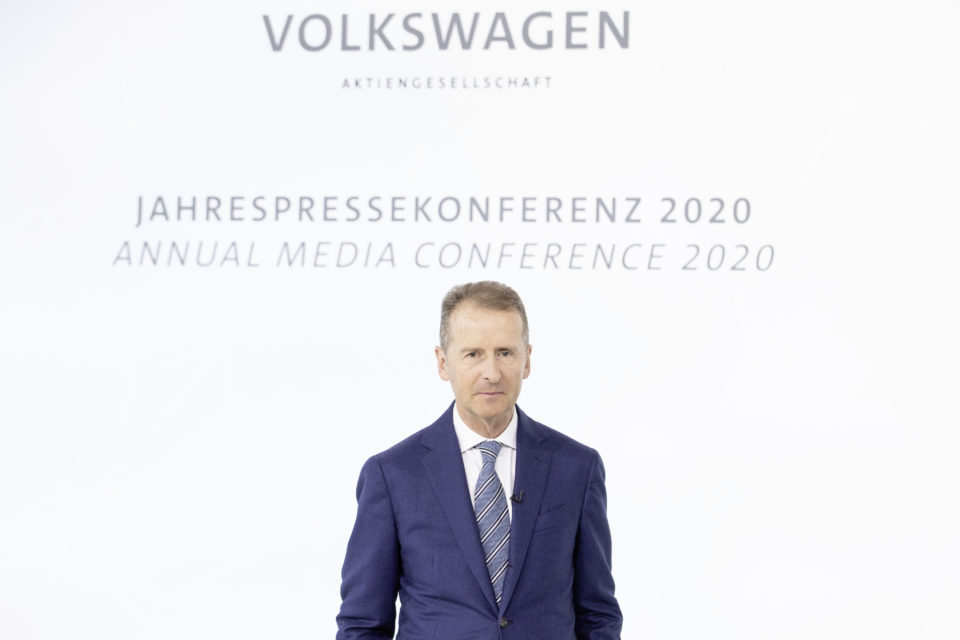 Once again, Volkswagen’s CEO Herbert Diess is facing a motion of no confidence. The highest instance within the VW Group will have to judge on 9 December /Volkswagen

On Tuesday, 23 November, the Presidium of the Board of Directors of the Volkswagen Group has come together to decide about the future of CEO Herbert Diess. They had to judge if his position is still defendable after his statements about possibly firing 30 000 workers.

The outcome is unclear; the decision seems to be reported to a supervisory board meeting on 9 December. But at the moment, Diess is not supposed to be involved in important discussions about the future.

Diess likes to compare Volkswagen with Tesla. He apparently has great admiration for its CEO, Elon Musk, and points at the American manufacturer as a great example of how one should make the energy transition. It makes a lot of people nervous inside the company.

As an example, the Volkswagen CEO pointed at Tesla’s outstanding production performance. Its brand new factory in Berlin, opening in a few months, will need ten hours to produce one car. For the Volkswagen plant in Wolfsburg, it takes 30 hours. Now, the German company wants to adjust that performance to 20 hours.

“Yes, I am worried about Wolfsburg,” Diess has said in a speech to his employees, playing on emotional effect. “I want your kids and grandchildren to have a job in Wolfsburg as well. But the jobs we have right now in administration, production, and development will surely wind down.”

According to the German newspaper Handelsblatt, Diess presented the board of Volkswagen with a job cut of about 30 000 employees. That has hurt many in the works council, not the least the representatives of IG Metall, but also those of the state of Niedersachsen, a 12% shareholder in the group.

Usually, conflicts between the works council and the management are solved in a special kind of gremium called the Vermittlingsausschuss. But the matter is considered so crucial that the Presidium of the Board has to judge.

Cavallo recently lashed out at Diess, confronting him that despite him providing on social media “beautiful pictures of his travels, there are unfortunately still no semi-conductors”. Due to the chip shortage, Volkswagen has produced 27% less this year.

She also demands that VW produces its first electric car in Wolfsburg ahead of the Trinity project, an all-electric flagship planned for production in 2026. On 9 December, the company plans to unveil its Vision 2030 for the plant in Wolfsburg.

Everyone is now looking out for the decision/advice of the Presidium. Until now, Herbert Diess always managed to surface, despite having been under scrutiny a few times already.

His reputation is that of a devoted cost-cutter, and he has led the company to recover from Dieselgate. Still, more and more people ask themselves if he has the vision and the power to lead his company during the most critical period of its existence, the energy transition in an ever more rapidly changing automotive world.

No real decision yet

The power struggle in Wolfsburg has apparently still not been resolved. According to an article in German media, the supervisory board has not yet decided whether or not to dismiss CEO Herbert Diess. As it currently stands, Diess is not supposed to be involved in essential discussions on future investments at the moment.

The supervisory board is currently discussing the so-called planning round to determine which models will be built in which plant. However, as reported by the  German publication Handelsblatt with reference to company circles, this year, “the CEO, who usually plays a central role, will be largely left out of the planning round.”

Instead, the talks with the works councils would be led primarily by the heads of the group brands and Porsche boss Oliver Blume in his function as group production director and human resources director Gunnar Kilian.

It remains to be seen what all this means for the future of the CEO. Some see him as being “fenced in” if such decisions are made without the CEO’s input. Others see it as the compromise that could keep Diess in office: others bear the responsibility for day-to-day business, Diess should concentrate on the big strategic decisions.

While Diess has increasingly antagonized the unions and the government of Lower Saxony,  the Porsche/Piëch families seem to continue to hold on to Diess – precisely because of his strategic decision to put the group on a radical electric course. This has built up trust in the capital market. 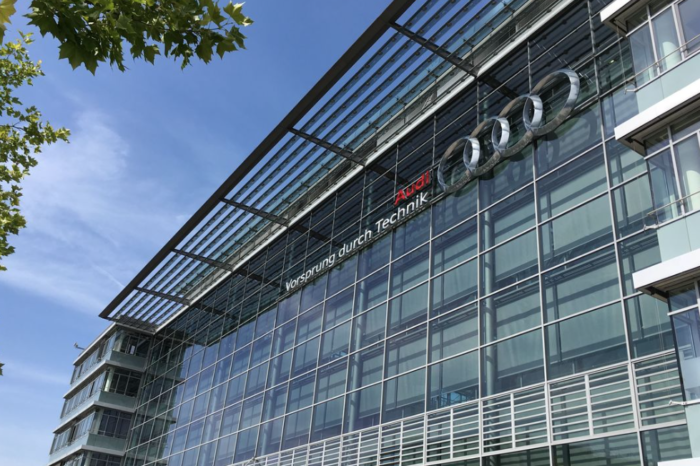 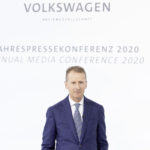