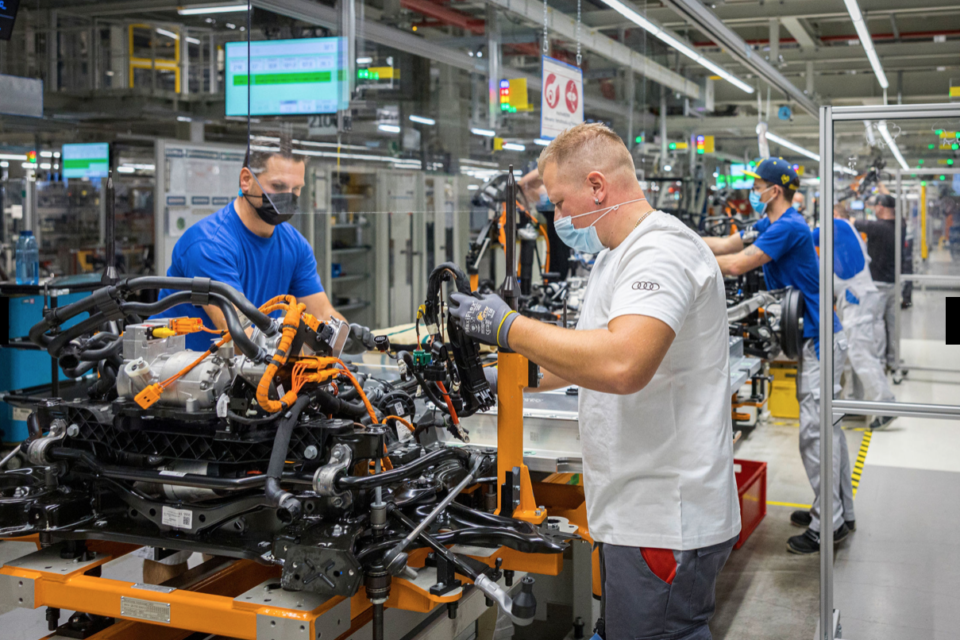 As demand is high for the Q4 e-tron, Audi is thinking of assembling the car (pictured here is the Zwickau assembly line) also in Brussels.

According to media sources, Audi wants to build its Q4 e-tron electric SUV, produced in Zwickau, also in Brussels, from November 2022 due to high demand. The final decision will be made at the VW planning meeting on 9 December.

The original news came from the German specialized magazine Automobilwoche which was referring to company circles. The Q4 e-tron and the Q4 e-tron Sportback are currently built together with other models based on the same MEB platform.

The Audi  Q4 e-tron, the Cupra Born, the VW ID.3, ID.4, and ID.5 are all built at the ‘electric’ VW plant in Zwickau, Saxony. Only the Skoda Enyaq is produced as an MEB model at Skoda’s main plant in Mlada Boleslav.

As demand for all these MEB products is generally high, the Volkswagen brand has already put the Wolfsburg plant up for discussion for overflow production of its electric cars. And Audi is apparently also considering building the Q4 e-tron in a second plant in the future.

According to the report, the choice is said to have been made against the Neckarsulm combustion engine site and in favor of the all-electric Belgian plant in Brussels.

Since 2018, Audi has been building its first electric car, the e-tron quattro, and later its Sportback offshoot in Brussels. Unlike the MEB model Q4 e-tron, the larger Audi SUV is still based on the MLB Evo combustion engine platform.

The batteries for the e-tron quattro are also assembled in Brussels. However, it is not yet known whether Audi will do the same for the Q4 e-tron or whether the MEB battery packs will be delivered pre-assembled.

Although the final decision has still to be made on 9 December,  Audi boss Markus Duesmann has confirmed a few weeks ago that the new Q8 e-tron flagship will be built in Brussels as of 2026.

The Audi employees in Brussels are a bit worried about what is going to happen in the intermittence between the phasing out of the actual e-tron and the venue of the Q8 e-tron. So for Brussels, the overflow production of the Q4 e-tron would be a great relief.

The plant had probably also bid to produce Audi’s Artemis flagship sedan but lost out to the VW Commercial Vehicles Hanover plant.

If the information from Automobilwoche is correct, Brussels has prevailed against the German Audi plant in Neckarsulm, where they were also hoping to produce an electric vehicle model. 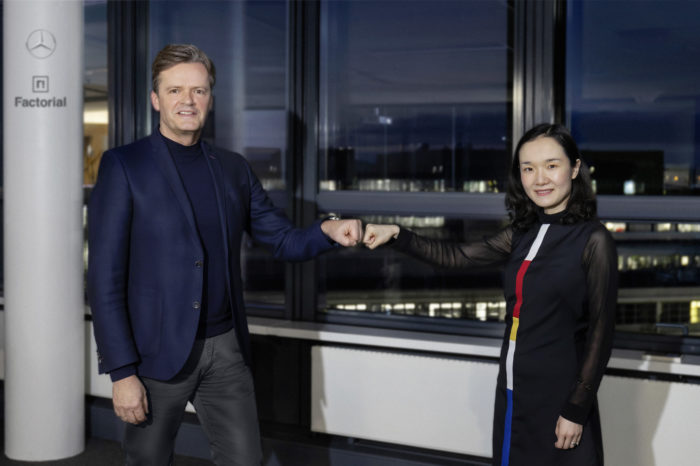 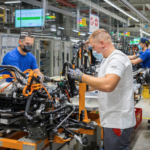