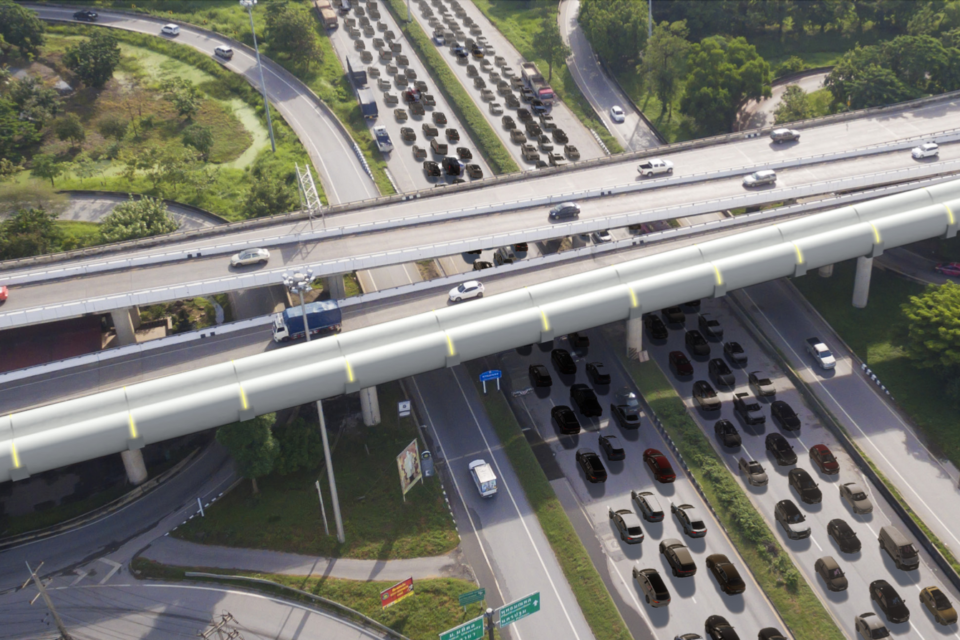 Imagine over 20 000 half pallets of cargo per hour per direction flashing through vacuum tubes along the A4 highway between Amsterdam and Rotterdam at up to 700 km/hour. At the same time, trucks shuffle along on the asphalt besides.

“In 2030, when the Cargo Hyperloop Holland corridor will be completed as the first hyperloop corridor in Europe, it is expected to attract 3,4 million tons of cargo.” A TU Delft student’s dream or feasible reality? The boys at Hardt Hyperloop, who once won Elon Musk’s first hyperloop competition for students, believe it can.

And they’re not alone. A +30 member coalition of Dutch governments and companies set up a study in January 2021 to create a pilot route for a superfast hyperloop connection on the Netherlands‘ busiest cargo corridor between Rotterdam and Amsterdam.

The pre-project feasibility study was finished beginning this month. Next is a detailed feasibility study to decide the go or no-go of the project by 2024. Design and development would take another two years, with actual construction to be finished by 2029.

The pre-project study was made under the Hyperloop Development Program (HDP) umbrella, a public-private partnership for developing the hyperloop announced in late 2020. The latter wants to focus on developing both passenger and cargo traffic by hyperloop as a new sustainable mode of transport.

Cargo transport needs less infrastructure than passenger transport, so it is the logical first step, HDP says. A cargo-hyperloop would provide the advantage of speed in sectors like the fresh produce industry, representing a significant part of the Dutch export today. But it’s a viable solution too for other sectors like e-commerce or pharma, among others.

Because much of the hyperloop system works autonomously and is automated, pods with smaller shipments can move at high speeds in high frequencies and at lower costs to compete with road trucks that carry larger loads at once.

The 10-meter long maglev-like hyperloop vehicle for cargo is designed to accommodate medium and small shipments. Its removable cargo bay provides a 4.0 x 1.2 x 1.2 meters cargo envelope, with a maximum payload of 2 500 kg. There are no risks for claustrophobia while shooting blind through 3-m diameter steel pipes along highways or underground, as there are no humans aboard. 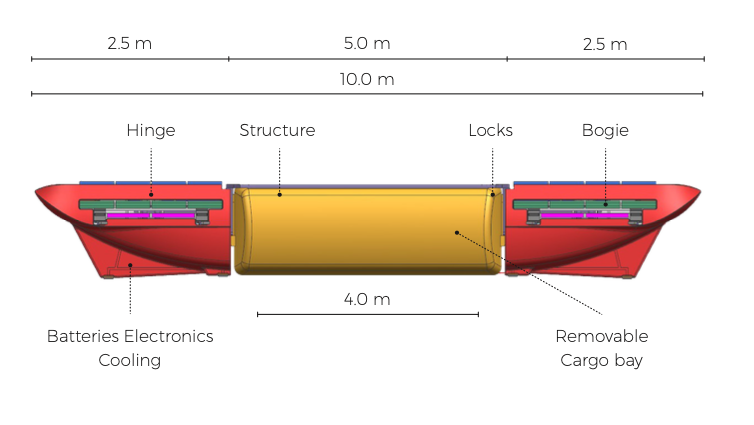 The low-pressure environment reduces air resistance and energy consumption. It enables vehicles to reach maximum speeds of up to 700 km/hour, but in the study, speeds of 400 km per hour are projected.

The total length of the Cargo Hyperloop Holland corridor would be 149 km, with 26 switches located at the junctions leading to twelve ‘hubs’ where the cargo can be prepared and loaded in minutes. Some 67% of the trajectory would be above ground, at grade, 5% elevated on pillars, and 21% below ground. Only 36% of the 149 km would have a double tube configuration.

The cost to build the tube network will be around €9,8 million per kilometer if it is to be integrated later into a larger country-wide or European hyperloop network.

But profits are expected, according to the study. “The introduction of the Cargo Hyperloop Holland corridor will improve the competitiveness of businesses in the region due to the optimization of logistics processes, allowing users to achieve tangible gains in transit time and reliability.”

The study envisions that the Cargo Hyperloop Holland has the possibility to remove 1 091 trucks daily from the A4 expressway between Rotterdam and Amsterdam and adjacent roads in the first year of operation already, in 2030. That would become 2 517 trucks per day by 2050.

By 2040, the volume transported along the corridor will increase to 5,6 million tons. The demand will continue to grow as the European network is expanded, reaching 7,9 million tons in 2050, the study predicts. 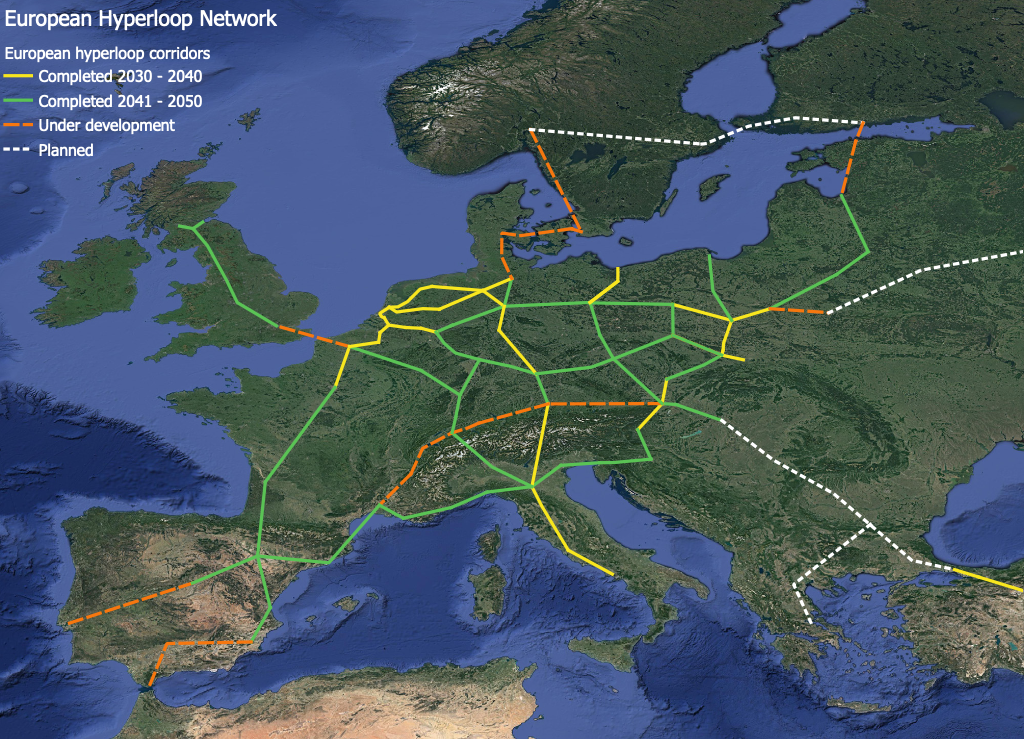 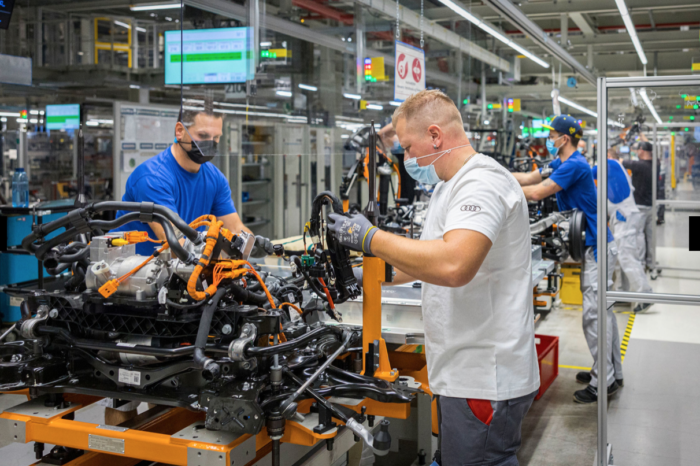 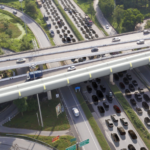