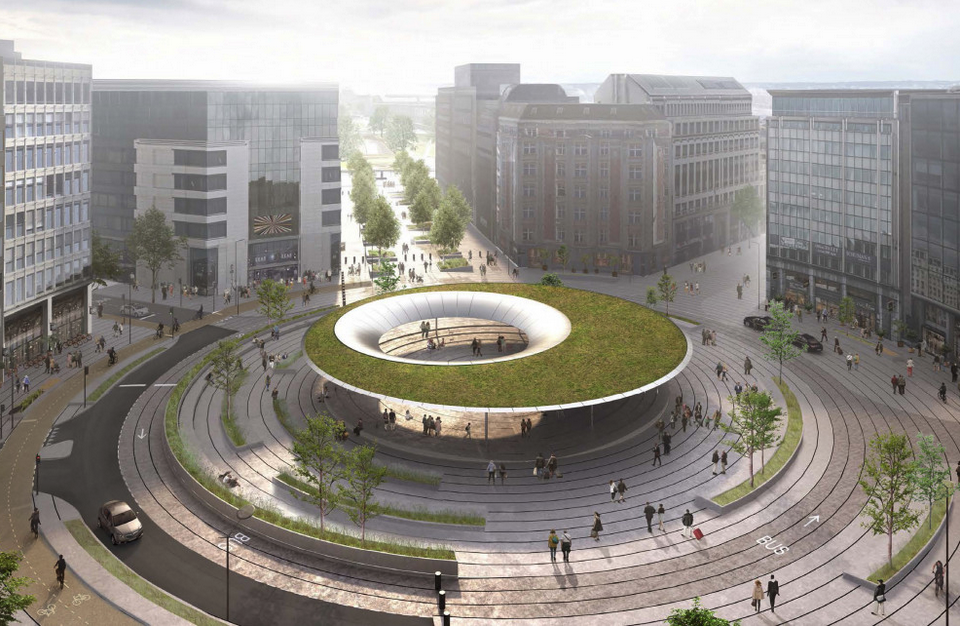 The Brussels Schuman Square, today a busy three-lane roundabout in the heart of the European District, will become a green pedestrian esplanade, connecting with the Cinquantenaire Park /Brussels Mobility

Urban.brussels has delivered the building permit to start converting the Brussels Schuman Square in the European quarters of the Belgian capital, merely a three-lane roundabout today, into a green pedestrian esplanade. Brussels building agency Beliris is to start works by the end of 2022.

One of Brussels’ most busy traffic roundabouts today, the Schuman Square at the foot of the European Commission’s home office and in the center of the EU district, was initially planned to become a semi-covered pedestrian agora with space for all kinds of events by 2019. Three years after that target date, it looks all obstacles are cleared to break ground.

For the roundabout redesign, Brussels organized an international design contest with more than 20 competitors in 2015. The competition was won by a young Brussels architect bureau BRUT, working closely together with the internationally renowned Danish design bureau COBE.

“In our design, the roundabout is to disappear and become a pedestrian agora with a mirroring roof at the center, and large pedestrian zones with trees and benches for resting,” the architect Francis De Wolf from BRUT told the media in 2017 when the project was presented. The central roof mimics the amphitheater of the European Parliament building, a few hundred meters further.

The project first had to pass through several procedures, consulting residents and merchants of the district and launching a public hearing. In April 2021, a deliberation committee with Elke Van den Brand, Pascal Smet, Philippe Close, and federal Minister Karine Lalieux (PS), responsible for Social Integration and Disabled People, decided to make some adjustments.

They wanted to have more trees implanted and make the esplanade more accessible for the disabled and visually impaired. One-way traffic in the ‘little’ Rue de la Loi that connects with the Cinquantenaire Park will be reversed, and people will be able to walk in a green pedestrian zone between the park and the Schuman Square. A bi-direction cycling path will be prolonged to the Renaissance Boulevard. 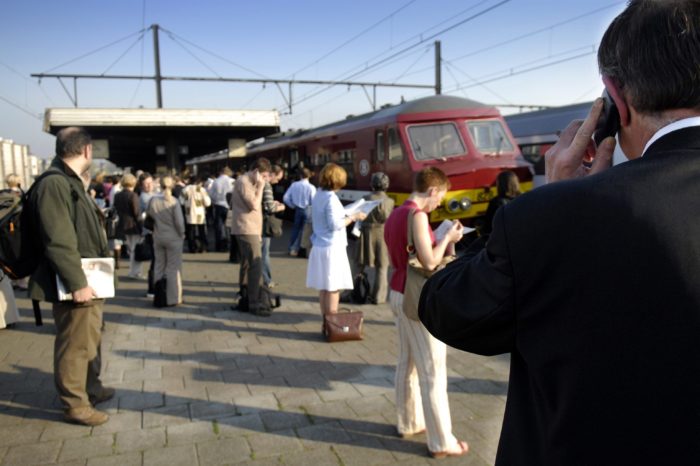 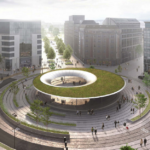