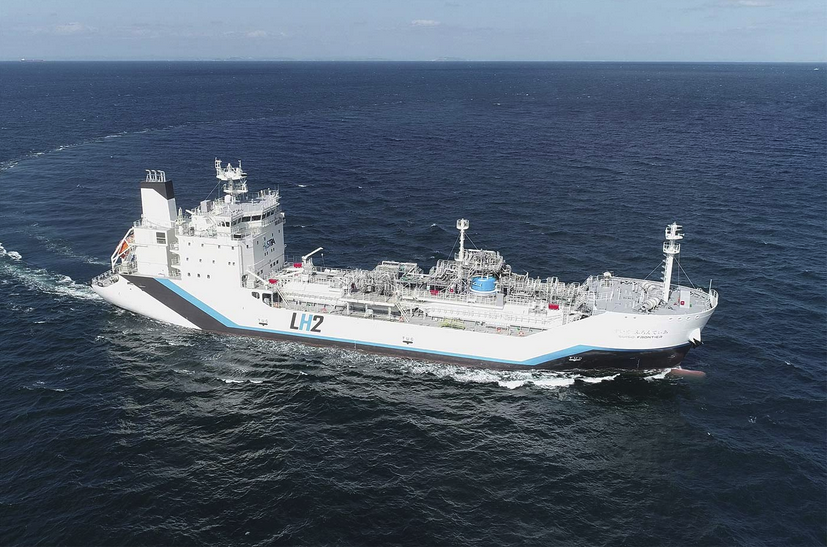 The world’s first purpose-built liquefied hydrogen carrier is on its way from Japan to Australia to pick up its first load. Built by Kawasaki Heavy Industries in Japan, the 110-meter long Suiso Frontier can transport 75 tonnes of liquified hydrogen at a temperature of minus 256°C.

That way, the volume of the gas in 1 250 m3 vacuum-insulated, double-shell-structure tanks is compressed 800 times. It’s no ‘green hydrogen though, but ‘blue’, as it is produced in Australia from brown coal, and CO2 is captured and sequestered underground during the process. And the ship itself is running on diesel-electric propulsion.

Kawasaki Heavy Industries was one of the first Asian shipbuilders to develop LNG tankers (liquid natural gas) in 1981. Now it wants to build 80 hydrogen carriers to import 9 million tonnes of hydrogen a year by 2050. By 2030, two more H2 ships should allow Japan to import 25 000 tonnes per year through a newly-built terminal in Kobe City.

This first ship was built for the ‘CO2-free’ Hydrogen Energy Supply-chain Technology Research Association (HySTRA). This Japanese-Australian venture started producing hydrogen from brown coal in the test project that aims to show liquefied hydrogen can be produced and exported safely to Japan.

The association wants to create a CO₂ free hydrogen energy supply chain comprised of hydrogen production effectively utilizing brown coal, transportation, storage, and utilization of hydrogen, and establishing and demonstrating the technologies to commercialize the supply chain around 2030.

The $362 million project is backed by the Japanese and Australian governments and groups several companies on both sides. That includes J-Power, Japan’s Electric Power Development  Iwatani, Marubeni Corp, Sumitomo Corp, and Australia’s AGL Energy. The latter owns the mine which is supplying the brown coal.

The Suiso Frontier is expected to need 13 days for a one-way trip and should be back in Japan by mid-February. After that, the line will be further intensified to prove to the world that it is possible to produce ‘clean’ hydrogen in one part of the world and transport it globally in an economically feasible way. 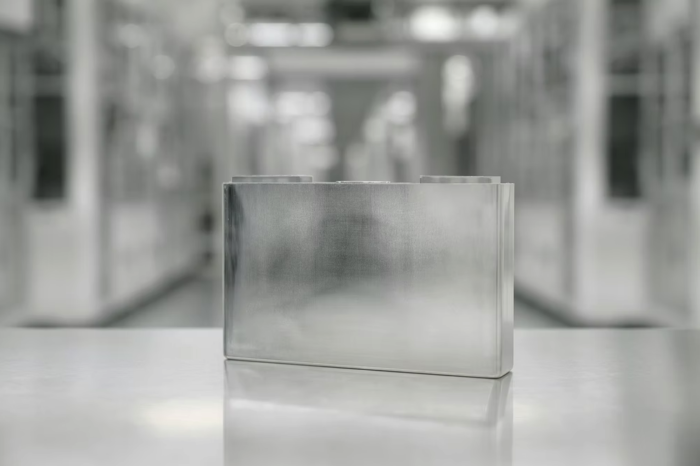 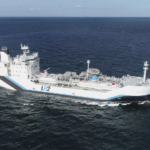