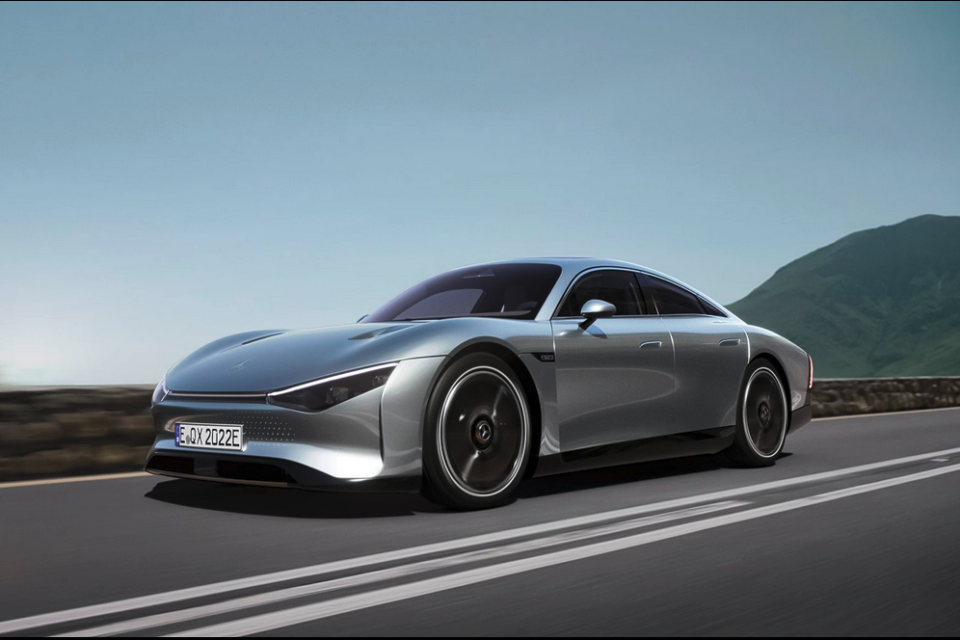 The Vision EQXX unveiled at the CES in Vegas is the most efficient Mercedes-Benz ever built using just 10 kWh per 100 km, compared to 17 kWh for the EQS today /Mercedes-Benz

Mercedes-Benz has unveiled (virtually) at the Consumer Electronics Show (CES) in Las Vegas its most efficient EV yet. Actually, the most efficient Mercedes-Benz ever built. The Mercedes Vision EQXX concept car has an energy consumption of less than 10 kWh per 100 kilometers. Efficiency is stretched up to 95%, compared to 57% for a production EV like the EQS.

This concept car offers a range of more than 1 000 km on a single charge, with a relatively small battery pack of just under 100 kWh. The latter is 50% less in volume and is 30% lighter than the battery pack in Mercedes’ electric flagship EQS.

“The Mercedes-Benz VISION EQXX is how we imagine the future of electric cars. It is an advanced car in so many dimensions – and it even looks stunning and futuristic. With that, it underlines where our entire company is headed: We will build the world’s most desirable electric cars,” says Ola Källenius, CEO of Mercedes-Benz.

But it’s not intended to go into production as such. The technology will gradually show up in future production models, though. The concept car was set up a year and a half ago as a project combining the expertise of ‘the best minds’ from its R&D centers working together with engineers from Formula 1 and Formula E programs.

Some of the tech used is already in production, like the Mercedes-Benz Modular Architecture (MMA) for compact and medium-sized cars the concept car is built on. The car is considered a ‘compact’, with just under five meters in length.

It has a remarkable low roofline and a sleek profile with a drag coefficient of just cd 0.17, no doubt the lowest for a Mercedes passenger car ever. The EQS is Mercedes-Benz’s record-setting production car at the moment, with a 0.20 drag coefficient.

Solar cells in the roof

The Vision EQXX’s glass roof is covered with 117 ultra-thin solar cells, developed with the Geran Fraunhofer Institute for Solar Energy Systems ISE. These solar cells don’t charge the car’s main battery pack but support all regular board systems, which should spare energy for another 25 km of range in optimal circumstances.

Where possible, the engineers tried to reduce weight as a factor to increase efficiency. The body largely consists of carbon- and glass-fiber-reinforced plastic components with aluminum reinforcements. Lightweight metals are used where possible, like magnesium wheels or brake discs made from aluminum alloy.

The latter are corrosion-free and reduce the mass significantly compared with cast steel discs, and reduce brake dust emissions by up to 90% thanks to an innovative coating, Mercedes says. Wheels and tires are optimised for rolling resistance and aerodynamics.

Looking at every single watt we lose

Wiring and battery electronics are kept outside the battery cells where possible to make the battery pack as compact as possible, resulting in the pack being only half the size and 30 percent lighter than the one in the Mercedes EQS. It’s responsible for 495 kilograms of the vehicle’s 1 750 kg total weight.

Not a sports car

The electric motor used is a radial flux motor with a power electronics unit based on the one in the upcoming Mercedes-AMG Project ONE hypercar. Mercedes isn’t very specific about this powertrain but said it’s not intended to power a race car.

For example, acceleration from 0 to 100 km/hour will be somewhat close to 7 seconds. The EQS is quicker with 6,2 seconds, which is considered slow compared to nearly 2 seconds for a Tesla Model S Plaid (under very specific conditions).

On the inside, the Mercedes Vision EQXX breaths luxury and sportiveness with sleek sport seats and a dashboard with a massive 47,5-inch screen that stretches the car’s entire width.

It’s a one-piece display with 8K resolution that can use the full width to display information like the 3D navigation system or minimize it in front of the driver when not needed. This way, the driver won’t be distracted, and a ‘rolling wave’ along the screen indicates that the system is still awake and ready when needed. 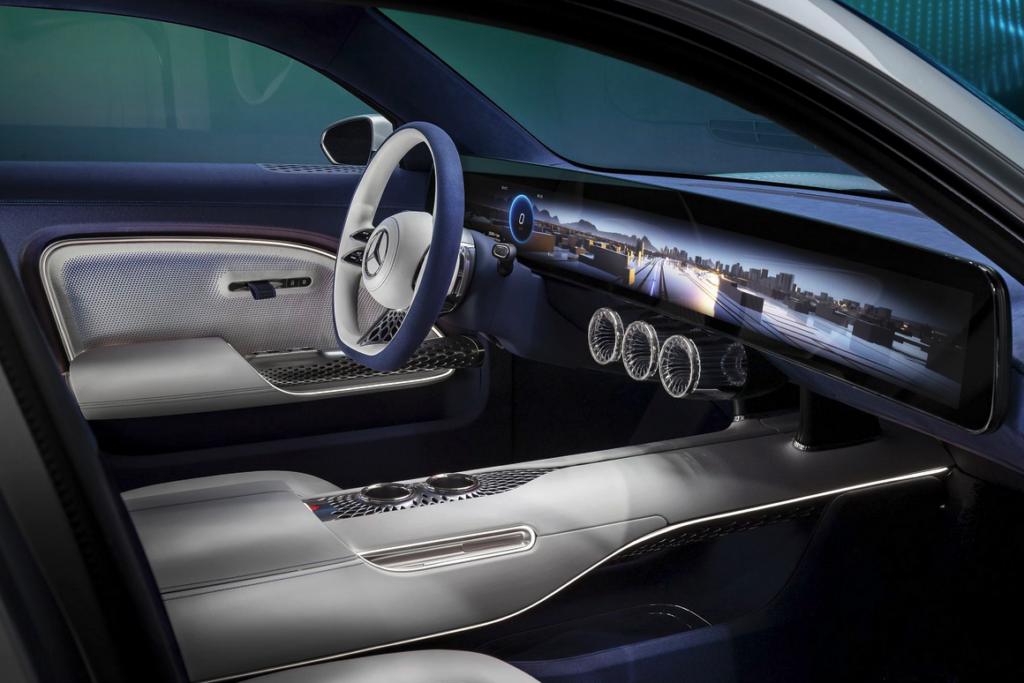 Using the entire width of the car for the dashboard screen, you get a panoramic 3D view in the navigation system /Mercedes-Benz

Efficiency with or without driver?

When asked about the autonomous driving capabilities of this Vision EQXX, the answer of the engineering team is somewhat evasive. “In this project, we focused merely on the efficiency of driving the vehicle of the future with an optimum man-machine interface.”

When asked whether an autonomous vehicle wouldn’t be driving more efficiently when you eliminate the driver, stifled laughter could be heard among the panel. 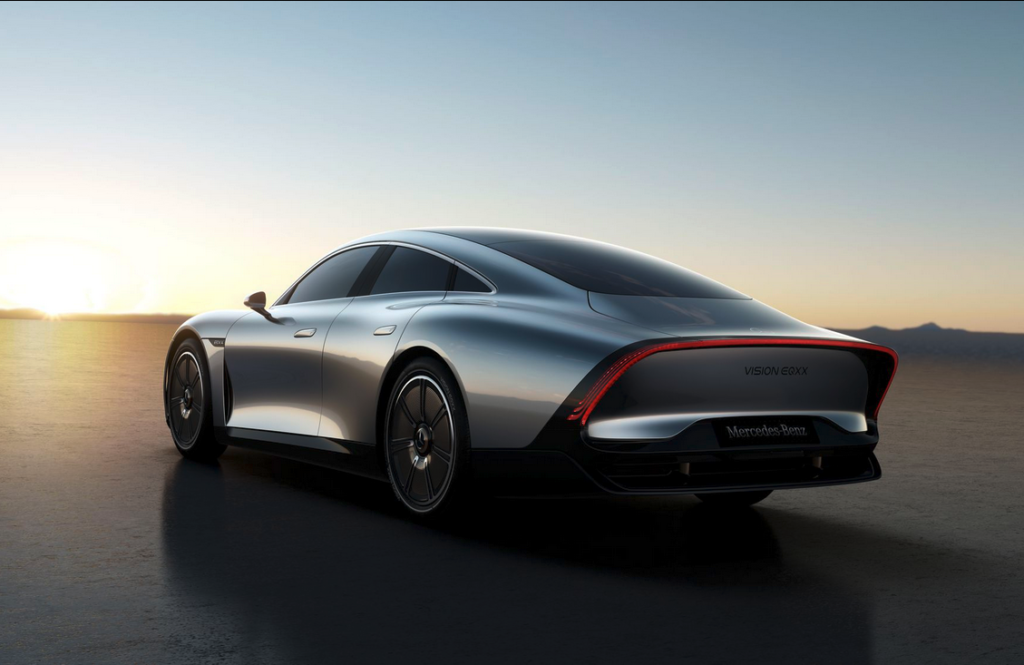 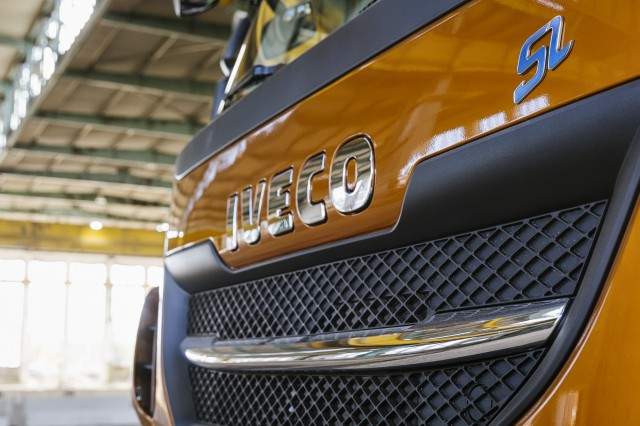 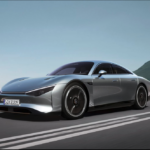