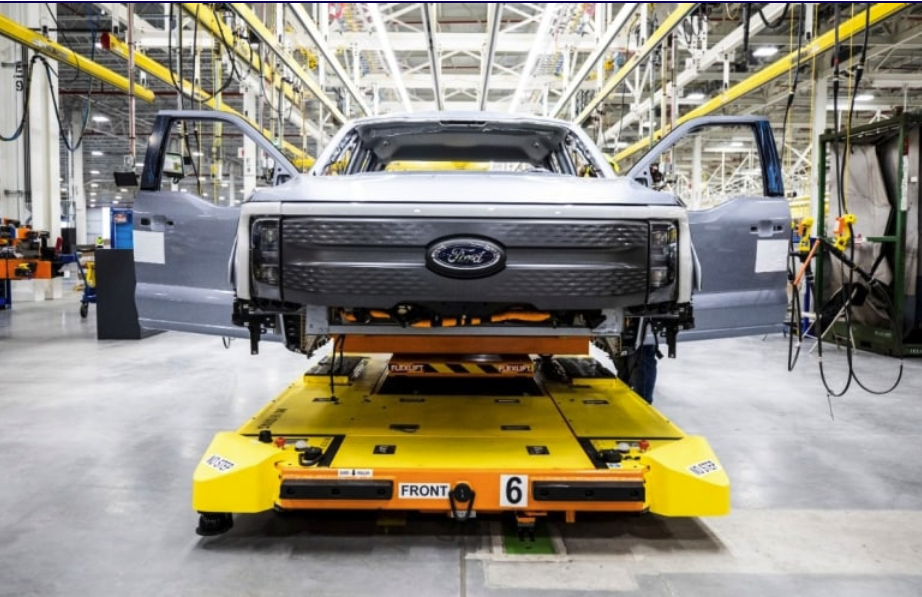 In Dearborn, final pre-build phase is set in this week before accelerating into mass production of F-150 Lightning trucks /Ford

With orders opening effectively on Thursday in the US, Ford announced it once again will boost F-150 Lightning production to 150 000 a year to try to answer the massive demand for its first fully electric pickup. Earlier, Ford had to freeze pre-ordering at 200 000 vehicles because battery shortages would make deliveries even more daunting.

Ford is building the electric version of its iconic F-150 pickup truck at the Rouge Electric Vehicle Center in Dearborn, which it started constructing one year ago. In September, Ford announced it would add an extra workforce of 450 people to ramp up production to 80 0000 trucks a year. Now Ford is doubling that figure again and expects to reach 200 000-plus units per year by 2023.

Most advanced facility in 118-year history

Besides Dearborn, Ford is building its “largest, most advanced, most efficient auto production facility in its 118-year history in Tennessee, where it will assemble next-generation F-Series electric pickups”.

Meanwhile, it looks like America is facing a stampede of people who want to be among the first to get an electric F-150. “The Lightning is drawing interest from customers of competitor brands at a record rate in North America, with more than 75% of reservation holders new to the Ford brand,” to company claims.

Dealerships in many American states are protected by law and set prices independently within the ‘territory’ where they have the exclusive right to sell new cars. And some of them smell money. Some Ford dealers ask you to pay a $30 000 markup on top of the list price if you want to be among the 25 first customers to get it.

To master the ‘stampede’, Ford decided to open the ordering process in waves. “Reservation holders will be asked to watch for an invitation via email from Ford or to log in to their Ford.com account over the next few months. Those who don’t receive invitations to convert for the 2022 model year will have an opportunity to order a future model year vehicle in due course.”

This week, says Ford, marks the final pre-build phase before accelerating into mass production of F-150 Lightning trucks for retail customers and F-150 Lightning Pro for commercial customers. These will be used for real-life testing by these customers before the Lightning starts to be delivered to the public in spring 2022. 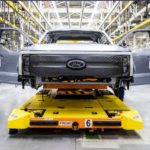