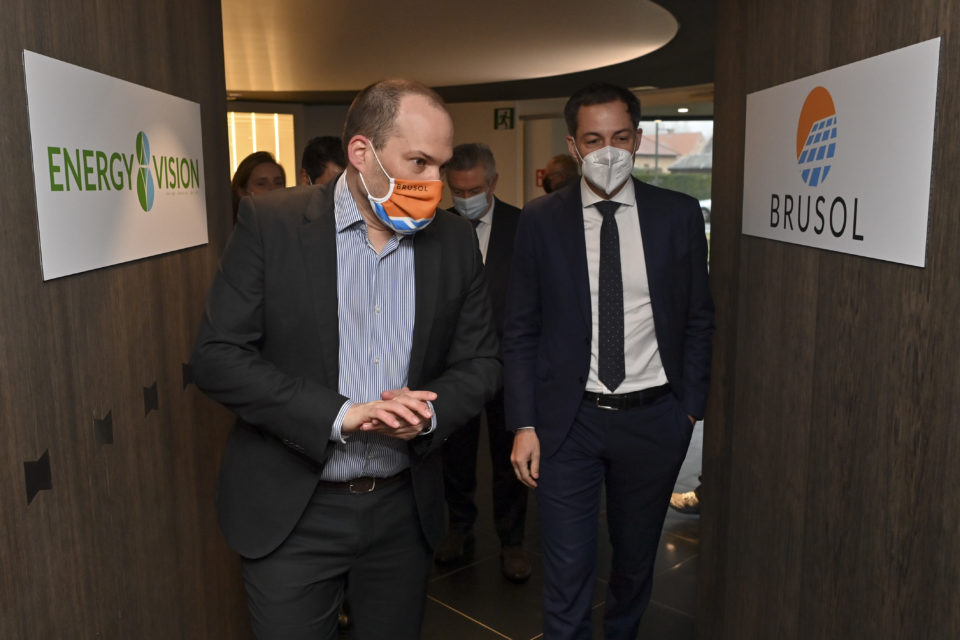 Maarten Michielssens (left), CEO and founder of EnergyVision, is leading around Prime Minister Alexander De Croo at EnergyVision, at the official presentation of the plans to install 5 000 charging stations in the next two years in Belgium /Belga

Flemish entrepreneur Marc Coucke is planning to invest about 20 million euros in EnergyVision. The Brussels green energy company intends to install 5 000 charging stations in Belgium in the next two years. The plan was officially presented on Monday, January 10th, in the presence of Prime Minister Alexander De Croo (Open Vld).

The green energy for the charging points will be provided by solar panels on the roofs of company and SME premises and private houses. EnergyVision will finance and implement the installation, and those who make their buildings available for the solar panels can buy the sustainably produced electricity at a profitable and fixed price.

EnergyVision already installed some hundred charging stations in the Brussels surroundings, mostly on the private territory of companies and private individuals. The charging points, however, are intended to become publicly accessible.

The idea is to create a kind of ‘charging plazas’ where people have the opportunity to charge their electric vehicle – at a normal or a fast-charging point, and meanwhile make a pit stop or have a coffee.

“Cost price of such a charging plaza with some ten normal AC chargers and two fast-charging DC points is at least 500 000 euros,” explained Maarten Michielssens, CEO of EnergyVision, to newspaper Het Laatste Nieuws. “The goal in the long term is to connect all installations – solar panels, charging stations, and batteries – to be able to exchange the surplus energy from one place to another where supply is insufficient.”

EnergyVision’s ambitious plan is to produce 2700 MW of green electricity (or the equivalent of the nuclear plants of Doel) by 2030 in the three countries where the company is operational: Belgium, Morocco, and China.

Today, Belgium has almost 15 000 publicly accessible charging points, of which most are situated in Flanders. It is clear that the country rapidly needs more and better infrastructure to run parallel with electrification. Marc Coucke: “The electrification of the fleet is a positive trend, but what’s the point if there’s no green electricity available?” 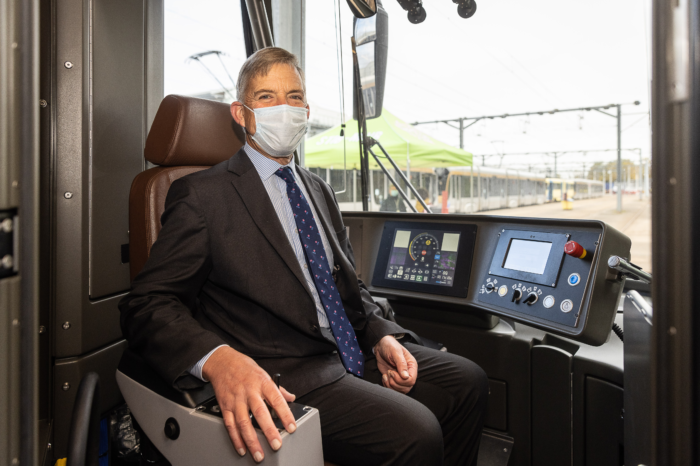 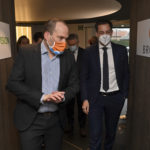