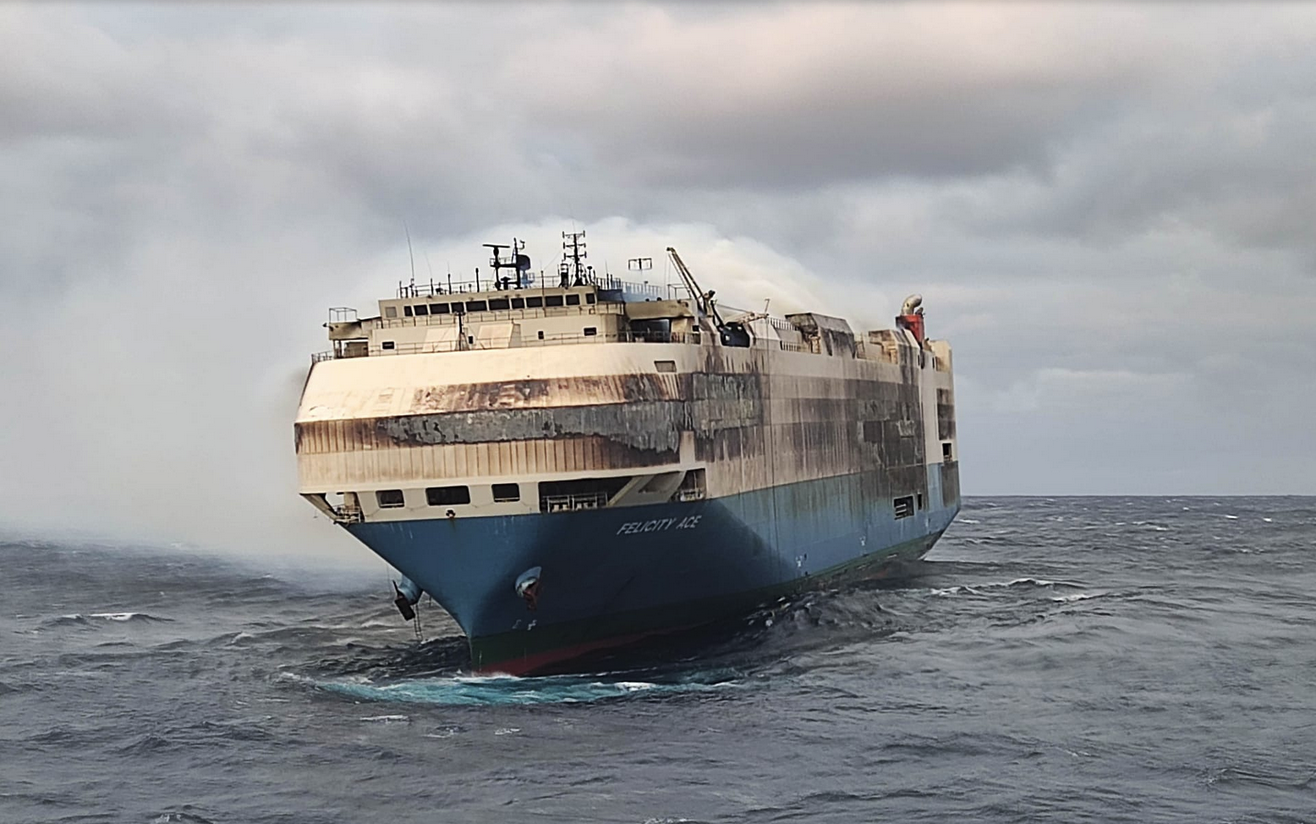 Handout photo’s by the Portuguese Navy show clearly the ship is still burning from one side to the other, but adrift in a stable way /Marinha Portuguesa

Six days after a fire broke out on car carrier Felicity Ace, some 90 nautical miles SSW of the Azores, the abandoned ship is still burning. Apparently, the electric vehicles (EVs) onboard – all from the Volkswagen Group – keep the fire raging. It’s not clear yet whether an EV caused the fire initially. The
This content has been archived. Log in or Subscribe to a level that has access to archived content.