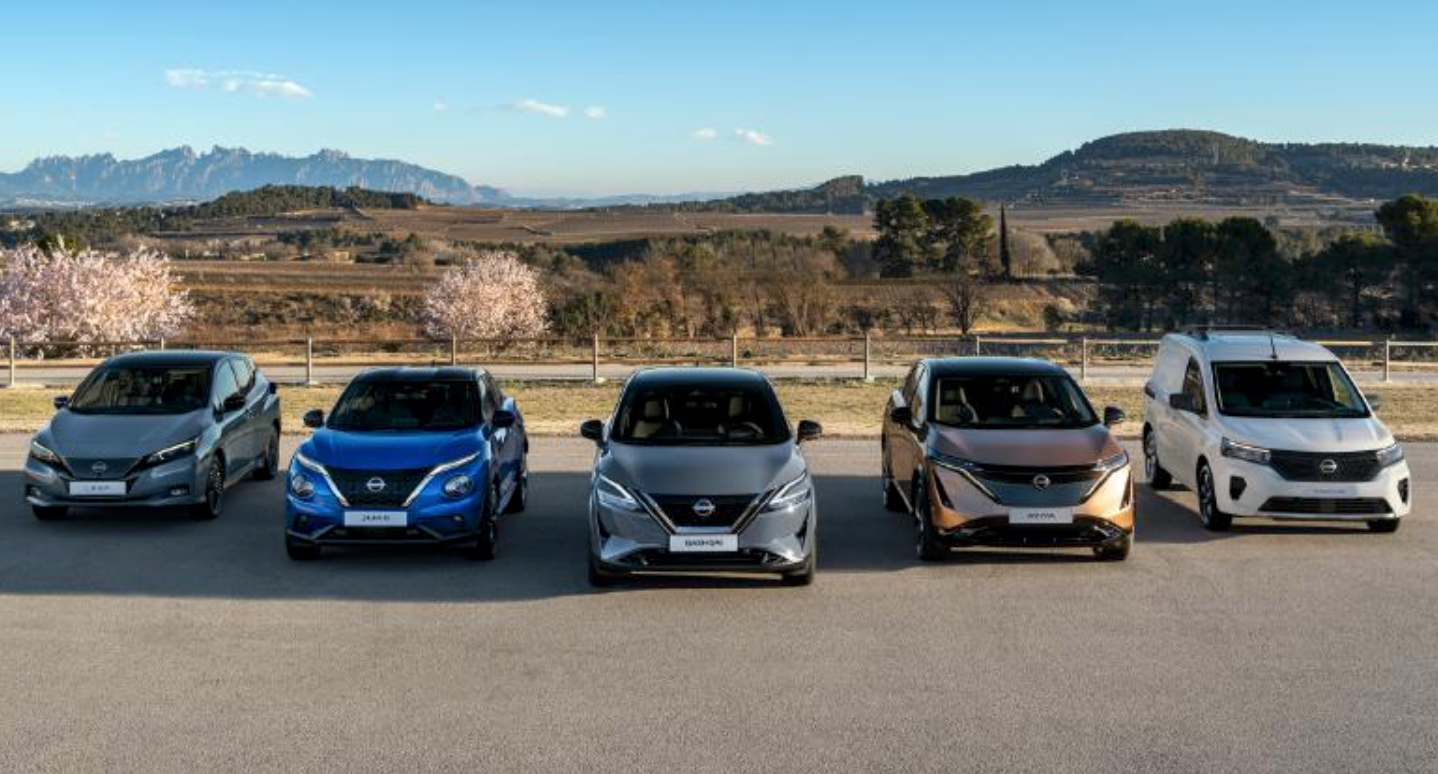 The Japanese carmaker Nissan has announced that it will refrain from investing in Euro 7-compliant pure combustion vehicles. Instead, the Japanese company will only introduce new passenger cars in Europe with partially or fully electric drives from 2023.

The company expects 75% of its new cars in the region to be electrified by the 2026 financial year. By the end of the decade, the target is 100%. Nissan does not specify how sales are divided between BEVs, PHEVs, and HEVs. Nissan had already announced that it wouldn’t develop ICE cars anymore. Now, it also quits adapting them to the new Euro 7 emission standards.

Nissan plans to have six electrified models in Europe shortly. There is the Juke Hybrid, the Qashqai e-Power, and the X-Trail e-Power (both mild hybrids), and there is the Leaf, the Ariya, and the e-NV200 electric van successor Townstar, all three battery-electric cars.

“Nissan is charging toward an electrified future, with Europe leading the way,” says Guillaume Cartier, Chairman of Nissan AMIEO Region (Africa, Middle East, India, Europe, and Oceania). “We have established a clear direction through Ambition 2030, and with our new electrified line-up, we are truly paving the way to a sustainable future.”

“Leveraging our global presence and Alliance partnerships, this is a landmark moment for Nissan in Europe with the arrival of our most comprehensive product offering to date.” The global plan ‘Ambition 2030’ envisages 15 BEV models worldwide by 2030 – it is unknown how many of them will come to Europe.

The move for the Japanese company not to invest in Euro 7 burners had already been hinted at. In February, the Japanese Nikkei reported that Nissan was suspending the development of new combustion engines in almost all main markets.

Only in the USA does Nissan continue limited development of internal combustion engines for pickups and SUVs due to high demand. For other markets, Nissan is planning further developments of hybrid drives on the combustion engine side but will not develop new engines.

Instead, the Renault-Nissan-Mitsubishi Alliance is increasingly focusing on electric mobility. In January, investments in this future field were increased by 23 billion euros to 33 billion euros.

Nissan is also planning a battery factory in Sunderland together with Envision AESC. An electric crossover (presumably the SUV coupé version of the Ariya) will also be built in the existing vehicle plant.