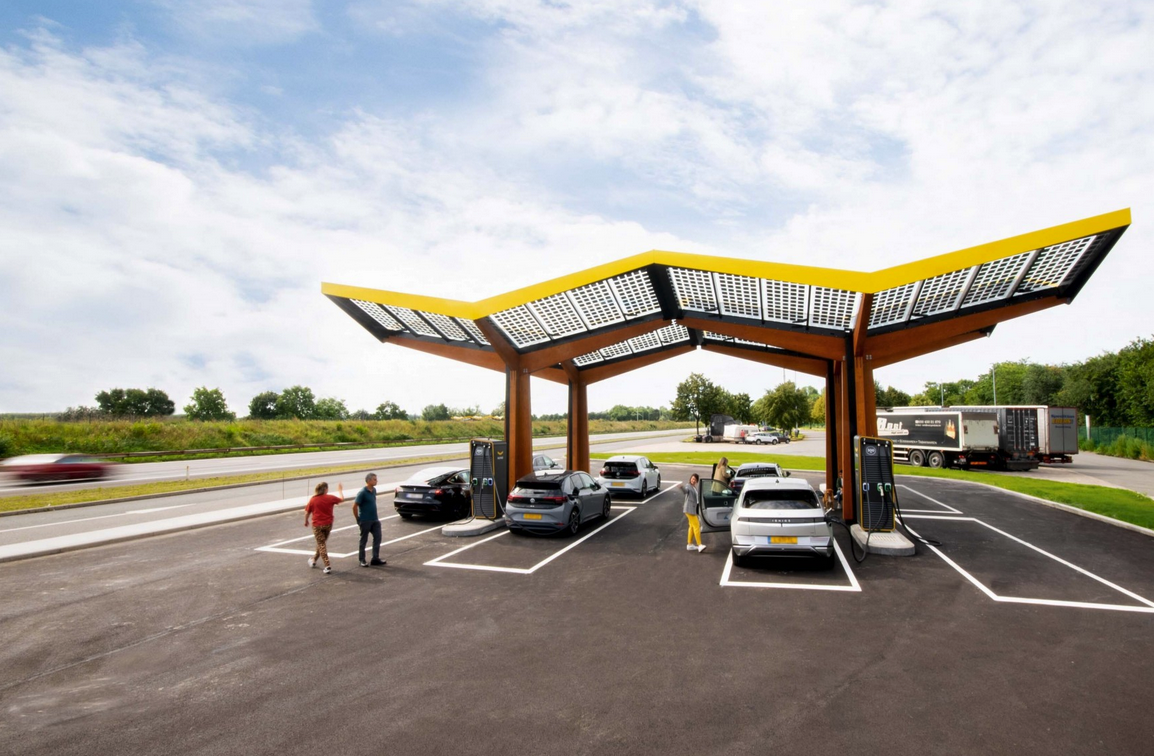 In the summer of 2021, Dutch Fastned opened its first fast-charging stations along Belgian highways, at both sides of the E19 in Peutie /Fastned

Dutch fast-charging provider Fastned managed to double its revenue related to EV charging in 2021 to €12,4 million, +98% compared to the year before. But that doesn’t mean profitability yet. The net loss was still €24,6 million. The yearly report shows that the focus is still on expanding rapidly throughout Europe.

Last year, Fastned opened 57 additional charging stations (+44%) in 44 new locations, bringing the total of operational stations to 188 in the Netherlands, Belgium, Germany, France, the UK, and Switzerland. Despite corona, the market for BEVs continued to grow to record highs in Europe, with them being 20% of new sales in the Netherlands and 14% in Germany, for instance.

“The existing network of stations is already profitable on an operational EBITDA level,” says CEO Michiel Langezaal. “But now is the time to grow the network and invest in future growth.”

With the Flemish region primarily, Belgium acquired eight new Fastned locations in 2021. Bringing the total to 16 areas secured, 13 of which are at entry- and exit- ramps along important Flemish highways.

To compare: in its home country, Fastned opened 14 new stations during the year, bringing the total number of stations in operation at the end of 2021 to 132.

In Germany, in 2021, two new stations were opened, resulting in a total of eight stations at the end of the year. In November 2021, the first six French stations were inaugurated, and two more at the beginning of 2022. But there are 130 tenders for additional charging stations along French highways, with most of them still pending, and Fastned enlisted for all of them.

Langezaal remains convinced that profitability will come soon as the number of EVs on European roads rises. “Especially in regions with already decent electric vehicle adoption, stations are profitable and are starting to create significant cash flows,” he says.

“That convinces us that we are on the right track and that the stations we are developing will soon start contributing to our results. We think our stations will be able to generate revenues of more than 1 million euros per year by 2030.”

“In the fourth quarter of last year, an average Fastned station made more than 100 thousand euros of revenues on an annualized basis. While only 2,2% of the vehicles in the countries we operate in were fully electric. By 2030, this should be around ten times higher, based on an adoption target of more than 20% in, for instance, Germany and the Netherlands.”