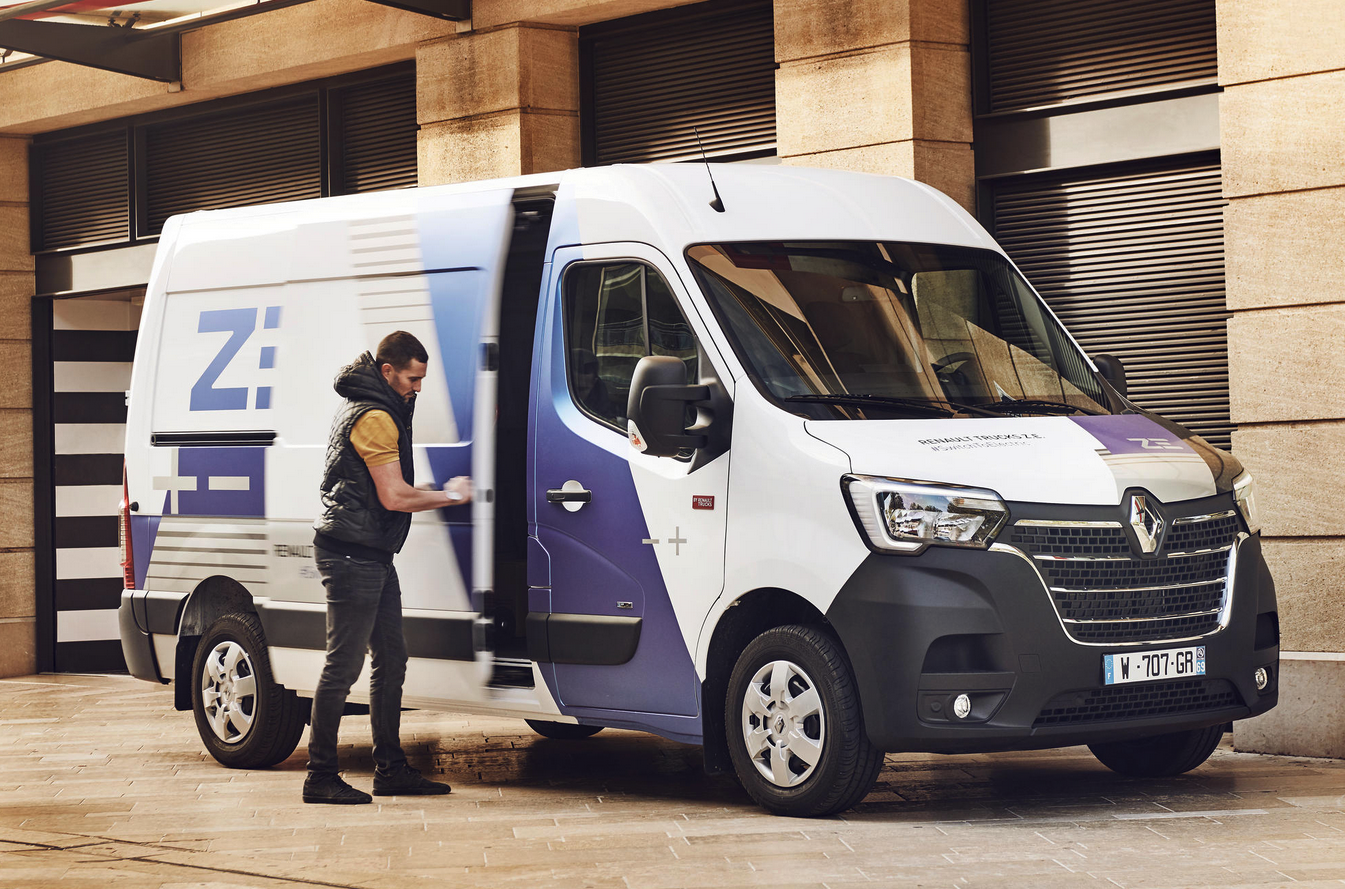 A new study in six major European markets by Transport and Environment (T&E) shows that today’s electric vans are, on average, 25% cheaper per km to operate than diesel vans. That is €0,15/km for the e-van versus €0,20/km for the diesel van. In another study published simultaneously, most fleet owners show to be prepared to go electric, but supply is lacking.

Despite e-vans being already the best choice from a TCO perspective, says T&E, only 3% of vans registered in the EU in 2021 were battery-electric. “This is chiefly because current van CO2 targets are too weak to drive sufficient supply of e-vans.”

Cheaper in all six countries

With subsidies included, e-vans are cheaper in all six countries. Without support, that’s still the case in five out of six, and for the one missing, that should be the case at least by 2024. 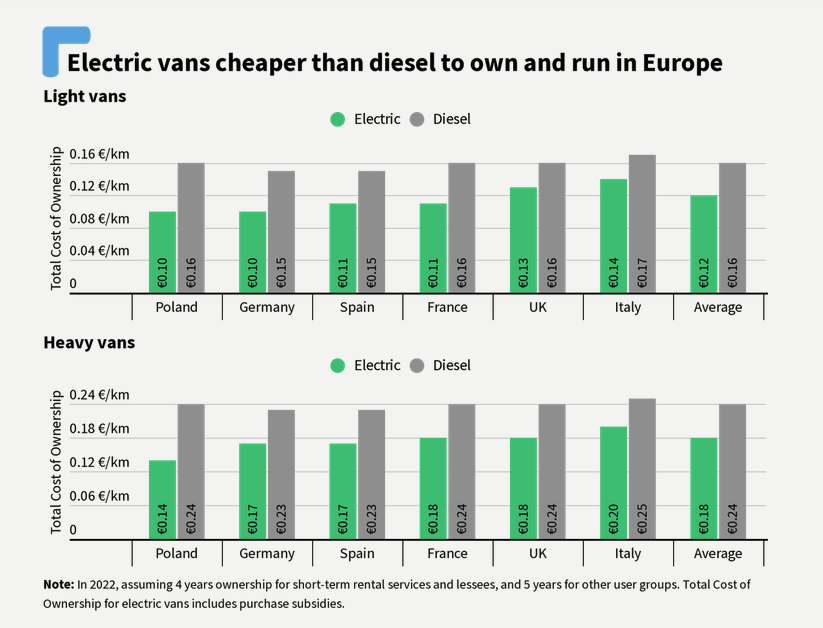 In parallel, T&E asked Dataforce to survey van fleets in all six countries to understand their attitudes toward electric vans.

“Out of 745 users surveyed, 84% of respondents said they considered going electric. Just over one-third already have at least one e-van in their fleet (36%), another one-third plan to buy an e-van in 2022 (32%), and 16% consider buying one in the next five years. E-van adoption is strongest in Italy with 91% and lowest in Germany with 62%.”

The survey shows that most of the companies buying electric vans today do that in the first place for environmental reasons and to improve their image. The lower total cost of ownership comes on third place. The most heard excuse for not buying electric is in 50% of cases lack of range, followed by the higher purchase price, quite similar to the general public’s prejudice.

“Based on economics alone, the cost-optimal trajectory would lead to 100% electric van sales already in 2025, when e-vans are cheaper to own across the board, even when owned for less than four years,” says T&E. Logical, if all e-van buyers would be convinced that they are actually cheaper than diesel siblings and they would be cured of their range anxiety.

But even if most fleet owners are willing to speed up the transition to electric, the supply of e-van models is lacking. They account for only 3% of sales, lagging far behind battery-electric cars (9%).

43 e-van models to choose from

According to T&E, the average purchase price for a light electric van is €34 400, with a heavy-weight van up to €52 900. The TCO comparison shows that that’s 40 to 50% more expensive than a diesel van, but these upfront costs are compensated by lower maintenance and operating costs.

To get more e-vans on the roads, T&E urges the EU Commission and the Parliament to impose stricter CO2 emission standards for vans earlier than set today. According to T&E, the difference could be 4,5 million electric vans on the roads in 2030 versus only 2 million.