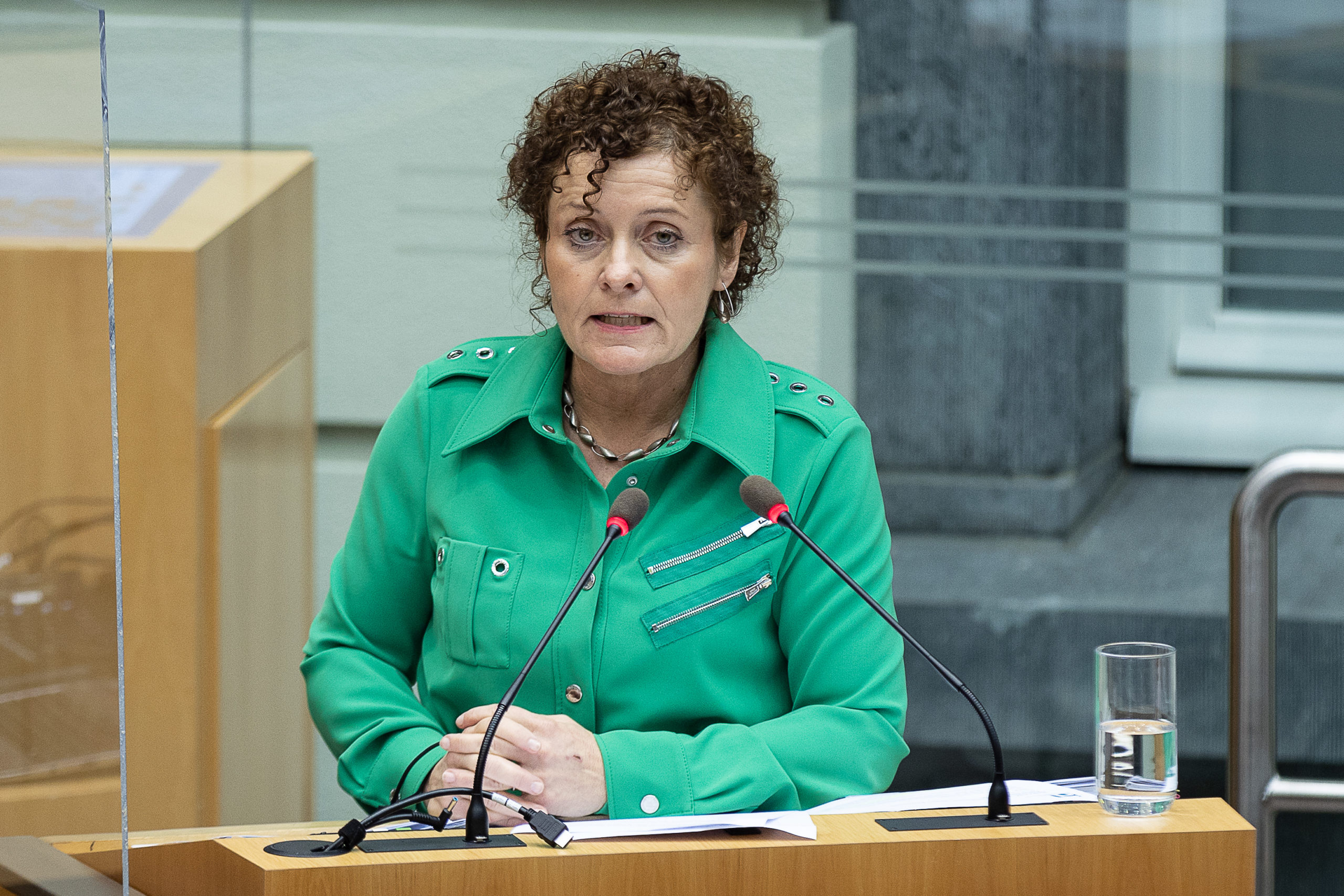 Flemish Minister of Mobility; Lydia Peeters, rejects the idea of imposing a maximum speed limit on the highways /Belga

The Flemish Minister of Mobility, Lydia Peeters (Open Vld), rejects the idea of introducing a maximum speed limit of 100 km/hour on the highways. Yesterday, we wrote that Groen, Flanders’ green political party, had suggested introducing a temporary speed limit of 100 kph on the highways. The measure would improve safety, save money and fuel, and be beneficial for the environment.

But for Minister Peeters, it’s a definite ‘no’. “Drivers are perfectly capable to decide for themselves how fast they drive,” she argues. “They are free to change their driving behavior and switch to eco-driving, but, a general speed limit is unnecessary. Besides, the measure is not stated in the coalition agreement, nor in the Flemish Climate Plan.”

However, driving at a reduced speed on the highway has many advantages. First of all, it is less consuming, thus cheaper, safer, and more environmentally friendly, with less CO2 emissions and less noise.

According to MP for Groen, Stijn Bex, who launched the idea of introducing the speed limit, drivers could save 0,7 to 1,5 liters of fuel per 100 km. According to calculations of the European Environmental Agency, driving at 110 kph already is 12% more economical than at 120 kph. “Lowering speed is better for everybody, except for Putin,” Bex told press agency Belga.

According to the consumer organization Test Aankoop/Test Achats, the suggested speed limit could save drivers covering 20 000 km per year more than 300 euros a year: €342 for a diesel driver, €374 for a gasoline driver, to be precise. Driving at constant speed is a determining factor for fuel consumption.

And what do experts say? According to Wouter Lefebre, researcher of air quality at VITO, reducing speed from 120 to 100 kph will save about 10% of fuel, depending on your driving behavior. “Driving at constant speed can even save up to 15% of fuel,” confirms Stef Willems of traffic safety institute Vias in Het Laatste Nieuws.

Wout Lefebre: “The air quality would improve significantly. CO2 emissions could decrease by 10%.” Moreover, noise nuisance for people living in the neighborhood would decrease.

Traffic safety would improve as well, although solid evidence for the statement is lacking. However, it goes without saying that higher speed implies shorter reaction times and longer braking distances. According to Kris Peeters, professor of traffic science at PXL Hasselt, “one-third of fatal traffic accidents is speed-related.”

And there’s one last positive element. Most people think their travel time will increase at lower speeds, but nothing is further from the truth. Sometimes it’s just the opposite. Lower speeds often lead to smoother traffic, while also the road’s capacity increases.

In November 2019, the Netherlands decided to reduce the maximum speed on all highways in the country to 100 kph during the day, between 6 in the morning and 7 in the evening. At night, 130 kph will still be possible at places where this was allowed until today. The unpopular measure was taken to do something about nitrogen emissions. An indirect consequence was that more than 4 000 road signs had to be replaced.